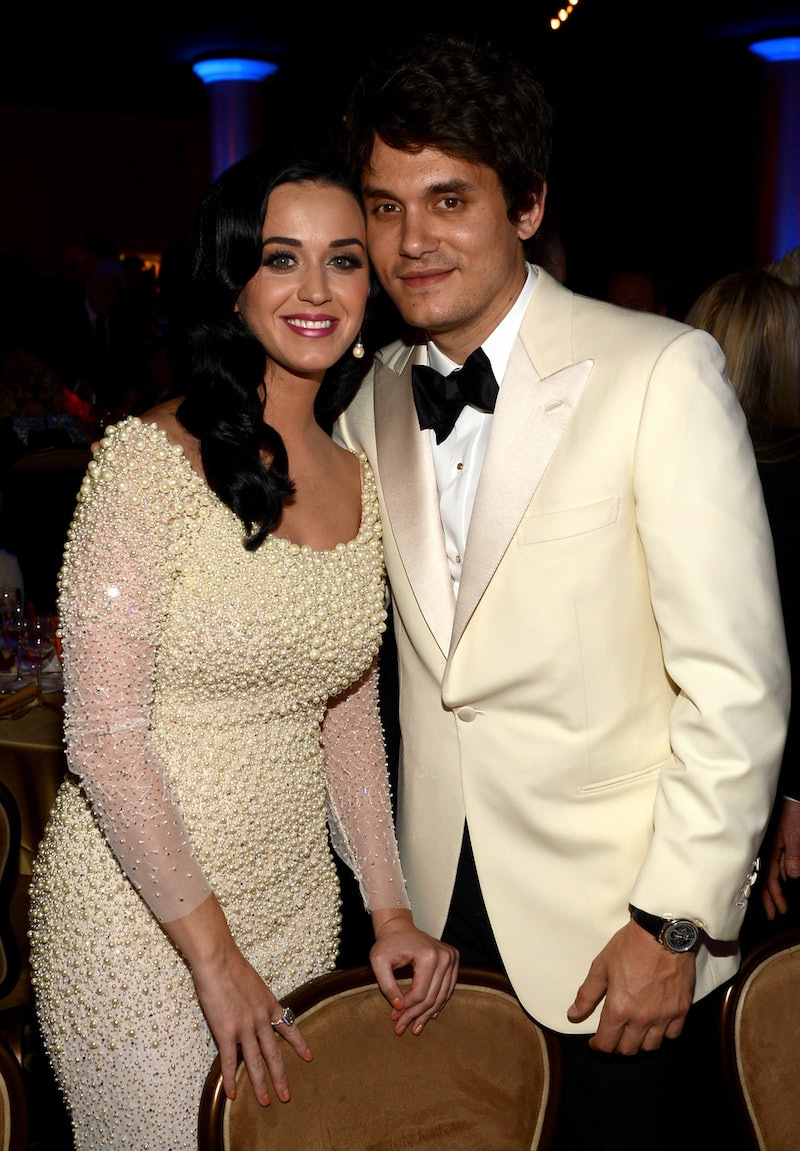 Are they or aren't they? I guess it's really nobody's business, but when Katy Perry and John Mayer are hanging out sporadically it really confuses fans. According to People (and based on a photo where Perry definitely didn't want her face photographed), they were seen in Hollywood Wednesday night at The Nice Guy. As you can see in the photo below, they left together in the same car. TMZ is also reporting while at The Nice Guy, Perry sang "Natural Woman" and Mayer reportedly played guitar alongside the singer. Per TMZ's audio obtained from the venue, Perry is heard singing and a guitar is also strummed, which may or may not be Mayer.

Now, does this mean they're reunited for good? Does this mean they're ringing in the new year together? Seriously, what does this reunion mean? Who knows, but it definitely is confusing shippers, who just can't keep up with the on and off relationship. It's hard enough to keep up with celebrity romances, but Mayer and Perry's is one for the books.

Mayer and Perry were first linked in early August 2012. Then, People reported they broke up in late August 2012. But, wait, the complicated status of their romance doesn't stop there. In September 2012, they were spotted together — again. If you think that's confusing, over the next three years both singers showed up and chilled together in various locations.

Despite reports that they split in 2014 (yes, again), they celebrated Perry's 2015 Super Bowl performance side by side. Apparently, they even got all cozy at Allison William's September 2015 wedding. I told you their relationship is super puzzling and maybe even more so than New York Times' Sunday crossword.

Whatever the case, if you're a Mayer and Perry shipper, I wouldn't hold your breath. Based on their track record and secretiveness, they might be together for the end of 2015 and be broken up by the time the clock strikes 12 on Jan. 1, 2016.