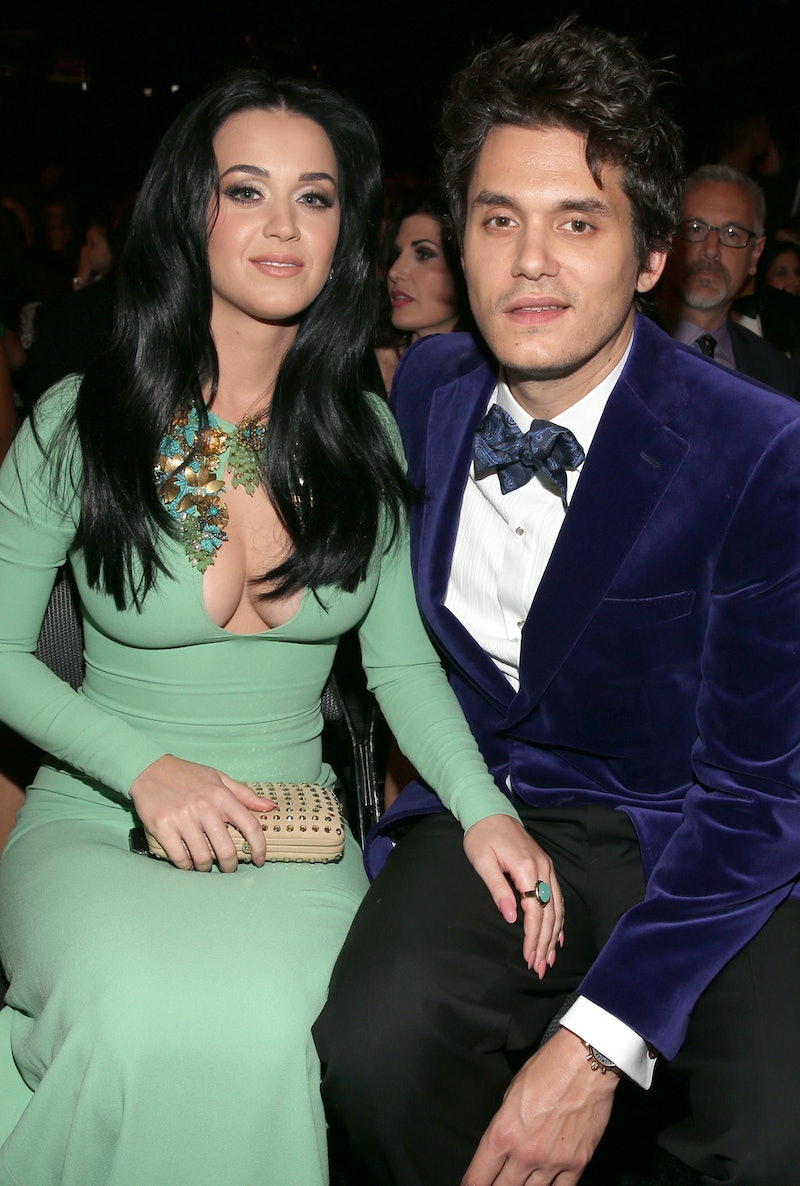 Following her half-time extravaganza at Super Bowl XLIX which included dancing sharks, a shooting-star-shaped drone, and a massive chrome lion, Katy Perry chilled with one of her exes. SO relaxing, right?! Sunday night, Katy Perry hung out with John Mayer at a Super Bowl after-party, so it's time to face that they're probably a thing again.

Missy Elliott, who performed with Perry, tweeted a picture of herself, Mayer, and Perry at a post-game bash on early Monday morning. Perry and Mayer reportedly broke up in early 2014, but they've supposedly been seen out together on a few double dates lately. The two allegedly reunited at a dinner party in January, although they aren't confirmed to be back together.

According to a source who spoke with Us Weekly, Mayer showed up to the Super Bowl on Sunday to congratulate Perry on a performance well done. Iunno, guys. Something tells me that we're all entitled to take this as confirmation that this on-again-off-again couple is back on.

I mean, look at this photo. Missy betrays all the signs of being the third wheel in this picture. She's doing the "neck away from dude's torso" pose next to Mayer, as to indicate that they're not romantically involved. Meanwhile, Perry and Mayer lean into each other, like a pair of people who are used to sharing a bed. As an aside, please take note of John's slightly formal attire and glasses. It's not relevant to my argument or anything. He just looks eerily similar to a young Jeff Goldblum.

To play Devil's Advocate, it's possible that Mayer just showed up to greet Perry with a well-wishing card that read: "Extremely warm and platonic congratulations from your former lover and current friend, John Mayer." But I'm just gonna go with my detective's hunch on this and say that they're probably getting back together. Plus, if we adhere to the celebrity-relationship-confirming rule of being seen at a sporting event together as a declaration of love, this more than qualifies as a DTR moment.