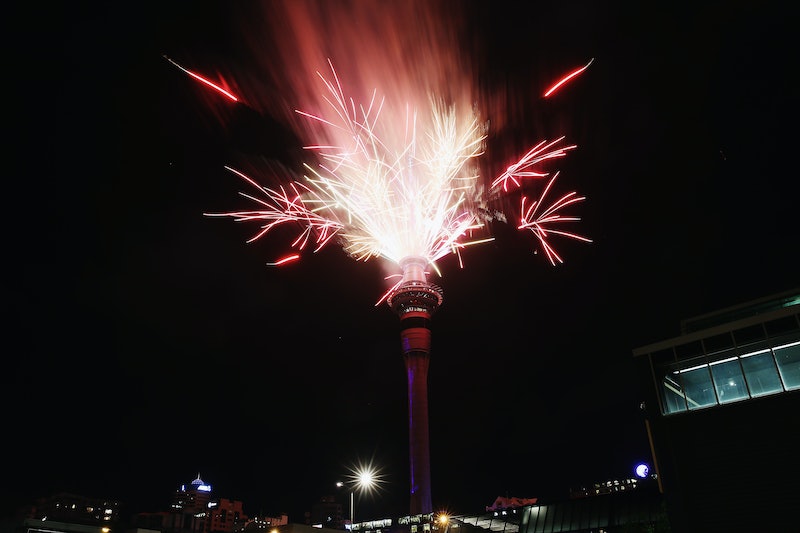 In today's edition of "science confirming what you already suspected," a recent study has shown that New Year's Day is the deadliest day of the year. Winter months are notorious for being the deadliest time of the year, so to speak, as holiday travel and increased alcohol consumption both put people at a higher risk for accidents. When you factor in the fact that New Year's Eve is, at its core, a socially-sanctioned excuse to drink enough champagne to fill a bathtub, then fall asleep in said bathtub before the ball drops, it's not exactly surprising to hear that the following 24 hours see the most deaths out of the entire year.

However, according to research from the University of California at San Diego, that's not the whole story. After analyzing more than 50 million death certificates between 1979 and 2004 based on the date they occurred, sociology professor David Phillips found that New Year's Day is indeed the deadliest day of the year, although Christmas was a close contender. In fact, January is the deadliest month of the year overall. The catch? Deaths due to accidents and murders remain largely the same, while those due to illnesses, disease, and other natural causes increase.

According to the Washington Post, the study showed a sharp spike in deaths on the first day of the year, followed by a slow decline throughout the next few months. The lowest point is during late summer, after which it increases steadily to a sharp uptick in December. Although deaths due to accidents remain largely the same, Phillips found that the number of emergency room visits increase over the holidays, especially on Christmas, Boxing Day, and New Year's Day.

Without further research, he couldn't say for sure why the phenomenon exists, but he has a few ideas. First, it's possible that people put off going to the doctor for illnesses during the holidays. This sort of strategy may have few consequences for minor illnesses like colds, but in more serious situations, a difference of mere minutes could save (or lose) a life. Secondly, Phillips suggests that hospitals may be understaffed during the winter, which is only exacerbated by the fact that senior employees are typically more likely to take time off, leaving less-experienced workers behind.

Does this mean we're all doomed to die on the first day of 2016? Not exactly — it just means you shouldn't put off going to the doctor just because you don't want to interrupt your BFF's New Year's Eve party. Trust me: They're more likely to forgive you for ducking out early than for keeling over from the prolonged case of pneumonia that's been brewing in your lungs since Thanksgiving. Nothing kills the mood like a dead body.