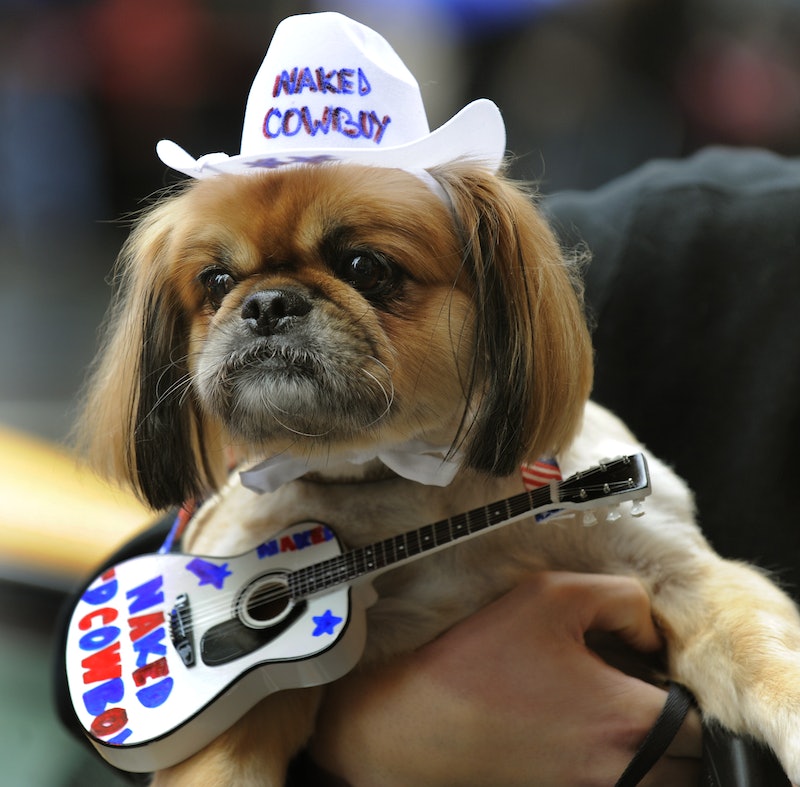 If you look hard enough, you can find a concert with just about any kind of music — including music just for dogs. That's right, experimental artist Laurie Anderson is putting on a concert for dogs in Times Square. So even though most human New Yorkers wouldn't go to Times Square if you paid them, for man's best friend, it's probably an exciting, once in a lifetime event. Assuming, of course, that your dog is cultured enough to appreciate such an avant garde musical performance.

The concert will happen on January 4th at 11pm, and it will honor canine first responders from the NYPD and other city agencies. The music will be played on low-decibel speakers, meaning the frequencies won't be in the range detectible by human ears — but the dogs will be able to follow along just fine. And if any humans want to listen in, too, they can grab a pair of special headphones to participate, too. The whole event is free, too.

Anderson will also screen a clip from her Academy Award-nominated documentary about the deaths of her husband Lou Reed, her mother, and her dog, entitled Heart of a Dog , on dozens of Times Square billboards. The clip will play for three minutes just before midnight every night during the month of January. Which is the sort of Times Square billboards I can get behind!

The concert will be put on in partnership with Midnight Moment, which organizes a monthly art performance in Times Square. And while we all know Times Square is the devil's own over-crowded living room and it would be so much better if you could have gone to Anderson's dog concert in Sydney, Australia five years ago, we also know that you are a sap for spoiling your dog. And let's face it — when are you going to get the chance to take your dog to a concert specially for them? Probably never again.

Plus, I kind of want to see what it looks like when a bunch of dogs start hearing music none of the humans can pick up. Can you imagine?