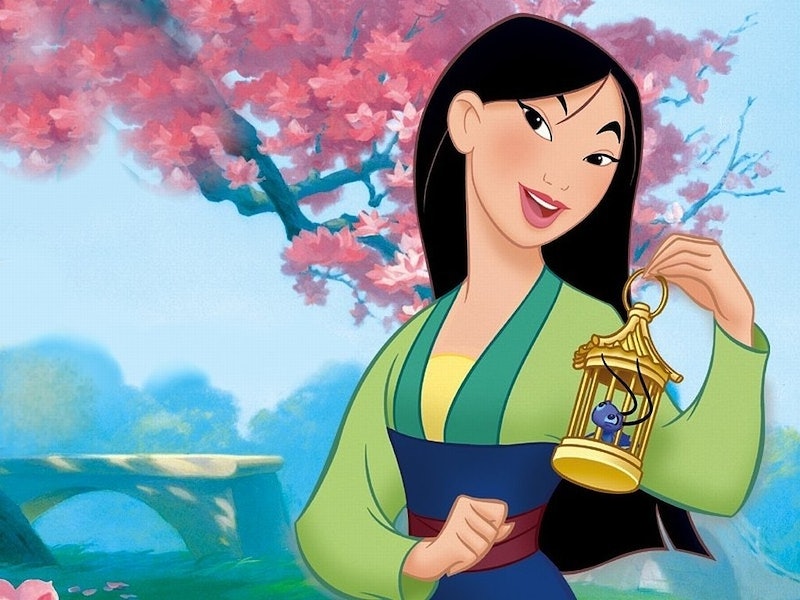 While there are many, many amazing real life women in the world to look up to, I don't think there is any harm in rounding out your list of role models with inspiring fictional women as well. Growing up, I was obsessed with film, and luckily, '90s movie heroines were some of the best people to look up to ever. These fictional women were warriors, bookworms, and refused to let anyone tell them what they could or couldn't do. As a kid, the characters on this list left a long-lasting impression on me, and I bet the same goes for you. These women are not easily forgotten, and for that reason they will always be your role models, even now that you are a totally capable adult.

I vividly remember the first time I encountered these fictional women: how proud I was of Matilda's ferocity, how much I envied Idgie's strength, and how badly I wanted to be Belle. Animated or live action, it doesn't matter — any kid who was lucky enough to see these '90s movies found complicated, layered, wonderful women to look up to not just as a child, but forever.

A brilliant, book-loving little girl with magical powers who totally schooled the evil principal? Of course you were in awe of Matilda. Not only was she a fascinating person, but she also had reservoirs of strength and an unbreakable will to dream.

Ellie's passion for paleobotony knew no bounds. This woman's sense of wonder and curiosity was irrepressible. She was capable of saving herself and others and she still made time to take pleasure in her work despite the constant threat of imminent danger.

Gender norms were holding Mulan back so she eschewed them and proved she was every bit the warrior any man was, saving her family in the process. Messages rarely get more powerful than that.

4. Dr. Roberta Martin, Now And Then

All four of the Now and Then girls were role models, but Roberta's eventual acceptance of the idea that she could be both a total boss and a young woman was major inspiration fuel.

The evolution of Rose from a character who felt deeply repressed and dissatisfied in her life to a woman who decided to do something about it makes her a hero in my eyes. Going against your family's wishes isn't easy, but Rose decided to live the life she wanted, not the one that was chosen for her.

Idgie was like a hurricane — standing in her way was deadly. Her ferocity, her deep love for Ruth, and the fact that she lived a life so full she kept right on captivating people even when she was in a care room makes Idgie one of the most fully realized fictional women I have ever encountered.

7. Belle, Beauty And The Beast

Belle has her detractors, but I am not one of them. In my eyes, she was a smart young woman who loved her father so much she was willing to make a huge sacrifice to keep him safe. She didn't let the Beast repress her love of knowledge, her kindness, or her spirit, and for that reason she will always be a hero to me.

A true leader, Isis had talent to spare. Even when her cheers were getting stolen, she refused to take pity from anyone. She believed in herself and her squad, and her confidence paid off.

Movie Buffy wasn't as groundbreaking as TV Buffy, but she still made a lasting impression by proving killing vampires and being the head cheerleader did not have to be mutually exclusive things.

You know you will never be as chill as Wednesday, but she gives you something to aspire to.

Vada was honest about how hard growing up truly was, and I will never stop appreciating how she made it OK to feel scared, be a total smartass, and not have everything figured out all the time.

I still want to be Sarah Connor when I grow up.

The '90s were a prime era for amazing movie heroines, but these women were so inspirational that growing out of loving them isn't possible.