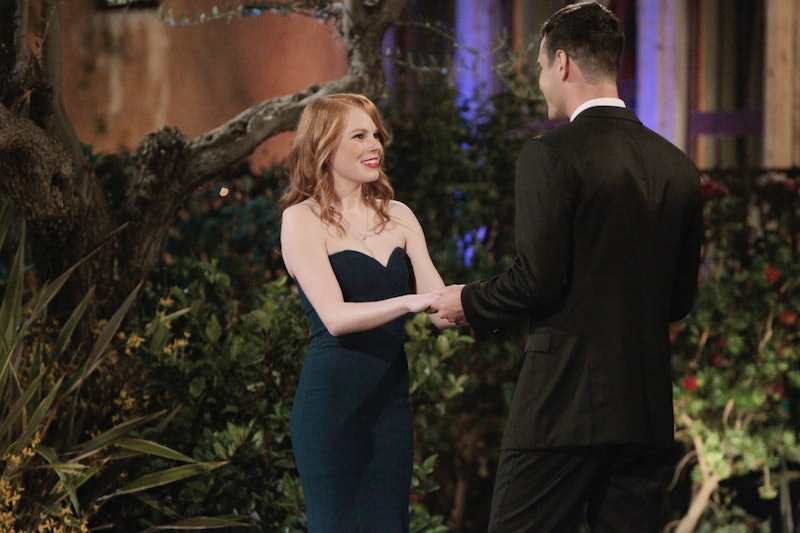 It’s Monday night, which means there are only a few hours standing between you and the next season of The Bachelor . The newest season premieres on Monday night and all I can seem to do to keep myself occupied in the meantime is dream about Ben H. and all of his sweet charm. And of course, envision how crazy these women are going to get with their limo entrances. The limo entrances are, without a doubt, my favorite part of this show. Believe me, there have been a lot of weird limo entrances on The Bachelor and The Bachelorette .

Now that I can blame them. Just think about it: You have one chance to impress a person out of a group of 25. Are you going to go the sincere route and risk being forgotten, or are you going to go over-the-top and present yourself in a way that is completely unforgettable? Thankfully for viewers everywhere, a lot of the Bachelor and Bachelorette contestants have gone the over-the-top route, coming up with some of the weirdest limo entrances ever.

1. When Ben’s Lady Showed Up With A Horse

Is that a horse? Is it a donkey? Or is it just a really big dog? And what the heck does she do with that animal for the rest of the night? We’ll have to tune into the new season to find out.

2. When Chris Arrived In A Cupcake

You gotta love a man with a sweet tooth.

3. When Claire Showed Up With Child

To show she was ready to bare his children, I’m guessing?

4. When Shannon Was A Tooth Nazi

Although those fake teeth make her look like the opposite.

5. When Jillian Decided Who She Loved By What He Liked On His Hot Dog

Innuendo aside, Jillian asked Jason what he liked on his hot dog to figure out what kind of man he was.

From every woman in America. Weirdly enough, Brad seemed to be into her aggressive first move.

7. When Brittney Invited Her Grandma

And, for a second, Ben totally thought she was his next contestant. Turns out she just wanted to vet her granddaughter before she got out of the limo. So adorable!

8. When Anna Didn’t Say Anything At All

This girl took playing hard to get to a whole new level.

9. When Robyn Ate It In The Driveway

Gotta give a girl credit for trying to impress with some serious gymnastics. Snaps for that!

10. When Lindsey Showed Up In A Wedding Dress

Ladies, I do not recommend this for a first date, even though, for Ashley, it took her all the way to the final two.

11. When Ashley Wanted To Tie Sean Up

And Sean was a devout Christian. Yeah, he wasn’t so into that. But better to get that bit of awkwardness out of the way.

12. When Reegan Showed Up With A Cadaver Heart

Was this a show of commitment or, like, a warning? We will never know.

13. When Nicole Went Wee Wee Wee All The Way Home

Because she showed up in a pig nose, guys. That’s not always the most attractive thing, for the record.

14. When Tim Showed Up Drunk

And didn’t even manage to get two words in to Bachelorette Ashley, poor thing.

15. When Zak W. Showed Up Shirtless

When Desiree asked him if he left something in the car, he responded, “Will you accept these abs?” Oh no, Zak. No, no, no.

I really wish I could explain to these contestants that a genuine first impression is more important than an unforgettable first impression, but clearly they have these two mixed up. I just can’t wait to see the next round of limo entrances, because I can only imagine they’ll be even more weird this season.