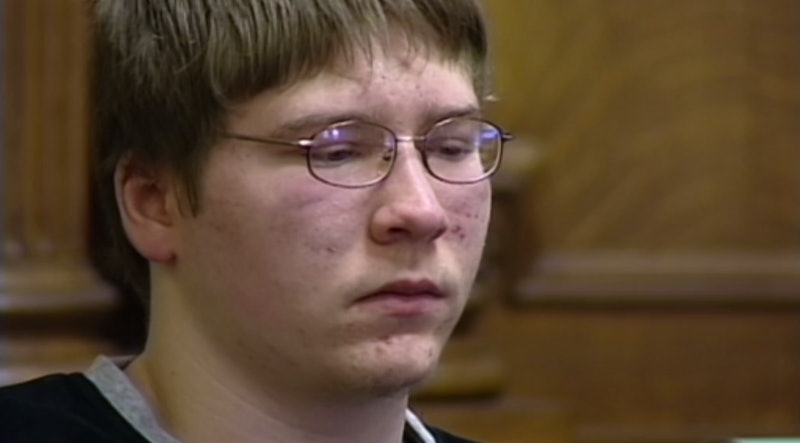 The alleged details of Brendan Dassey's involvement in the murder of Teresa Halbach (for which he was convicted) are incredibly shocking and disturbing — but Dassey claims they are not true. As seen in Netflix's Making a Murderer, Dassey recanted his confession in March 2006 during his trial in April 2007, claiming that he made everything up.

Dassey had originally confessed to being party to Halbach's sexual assault and murder alongside his uncle, Steven Avery (who was also convicted of her murder). In Dassey's 2006 police interrogation, he claimed that he raped Halbach, slit her throat, and helped Avery burn the body. After the hours-long interview with investigators concluded, Dassey told his mother that the investigators allegedly "got to his head." That, combined with his recanting of the confession during his 2007 trial, have many Making a Murderer viewers wondering if Dassey gave a false confession.

But if that's the case, then where did he get all those horrific details from? While on the stand during his trial, Dassey claimed that his description came from the book Kiss the Girls . But how closely does the content of Kiss the Girls match the details Dassey's confession?

Kiss the Girls is the tenth novel by James Patterson, and the second in his popular Alex Cross series of thrillers. According to New York Times Magazine, "Since 2006, one out of every 17 novels bought in the United States was written by James Patterson," which means it's not unlikely that the Dassey family could have had a copy of Kiss the Girls.

And there are definitely some brutal scenes of violence against women in the book, as well as in its film adaptation. Like this extremely graphic scene from the movie:

The scene features a girl who has been strapped into a bed by a kidnapper. The book goes into disturbing, graphic detail about the violent sexual acts committed against the female characters. Chapter 28, in particular, features the rape of character Kate McTeirnan in explicit detail. Other moments in the book feature women having their legs "hung from a rope tied to a ceiling beam” and having their feet cut off "with some kind of razor-sharp knife."

While the book does feature a variety of violent scenes against women, there is no scene that directly mirrors Dassey's story of a woman tied up, raped by multiple men, stabbed, shot, and burned. The comparisons between Dassey's story and the book/movie seem to begin and end with sexual violence committed against a woman tied to bed, and also the cutting of hair. But if Dassey was a fan of these crime thrillers (whether in book or movie form) which have detailed descriptions of sexual violence, it's not unreasonable to theorize that he could have mixed-and-matched details from different, similar stories to create a confession, if his confession is false as he alleges. But is he telling the truth now, or was he telling the truth in his initial interrogation? We may never know for sure.

More like this
All The Sneaky Lindsay Lohan Movie Easter Eggs In Her New Ad, Explained
By Stephanie Topacio Long
Where Is Oscar Torres In 'Only Murders In The Building' Season 2?
By El Hunt
The “Beatrice Six” Were Awarded $28 Million After Their Wrongful Convictions
By Brad Witter
It Took Investigators 23 Years To Correctly Identify Helen Wilson's Real Killer
By Brad Witter
Get Even More From Bustle — Sign Up For The Newsletter