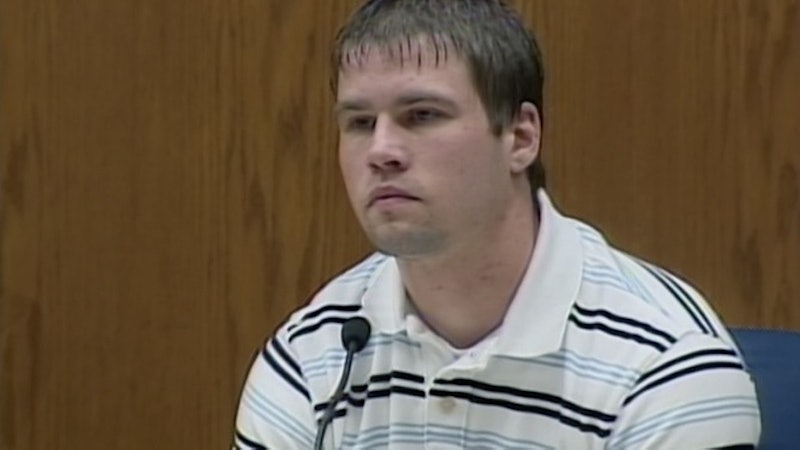 The new Netflix true crime documentary Making A Murderer has brought national attention to Steven Avery and his nephew Brendan Dassey's convictions for the murder of photographer Teresa Halbach in 2005, of which both Avery and Dassey claim they are innocent. The result of 10 years of development, the 10-episode Netflix series MaM puts viewers inside the courtroom, with the press, and in the homes of the families of the convicted. But, what about the parade of witnesses that the Making A Murderer audience meets throughout the course of the show? Life went on for them after the 2007 convictions, including life for witness Bobby Dassey, Brendan's older brother. His testimony was key during the trial, so where is Bobby Dassey today?

Well, he's right where he started. According to what appears to be his Facebook page (which appears real based off the fact that he's friends with several Averys and Dasseys, his pictures posted from before the series was released feature his likeness, and he lives in the same place, but Bustle has reached out for comment), Bobby hasn't left Two Rivers, Wisconsin, which is part of the now-infamous Manitowoc County. As seen in the documentary, Bobby was 20 years old when he testified in 2007 at his uncle Steven Avery's trial. "It sounded like [Avery] was joking, honestly," Bobby said on the stand, as seen in the docuseries. "But, [Avery] asked [Bobby and his friend Michael Osmundson] if we wanted... He wanted us to help him get rid of the body."

Avery's lawyer Dean Strang responded to that accusation, as seen in the documentary.

We have no written summary of an interview of Bobby Dassey in which that statement is recited. We do have a report of a contact with a Michael Osmundson. Michael indicated he was aware Steven was one of the last people to see the missing girl and jokingly asked Steven if Steven had her, the missing girl, in a closet. At this point, Steven asked Michael if Michael wanted to quote "help bury the body" closed quote. And they laughed about this together ... If there were a remedy short of a mistrial, and I don't know that there is, it would be something like the court instructing the jury that it may disregard as false all of Bobby Dassey's testimony because of his false testimony on this point.

The years that have passed since his testimony make Bobby about 28 or 29 now. In 2012, he married Kendra Sheck, a University of Wisconsin alumna and registered nurse. Their engagement announcement states that Dassey did not enroll in any college. He graduated from Mishicot High School and went on to work for an auto parts company.

The few status updates and photos publicly available on Sheck and Dassey's Facebook pages give a glimpse into the life of the young family. The couple has one child, born in December 2013. Dassey is still an avid hunter, (remember how his hunting trip with Scott Tadych was his alibi for Halbach's murder?) — and shares photos of his adventures online.

Bobby hasn't publicly commented on the Netflix series or his brother's conviction, and seems invested in continuing living his quiet life with his wife and child.