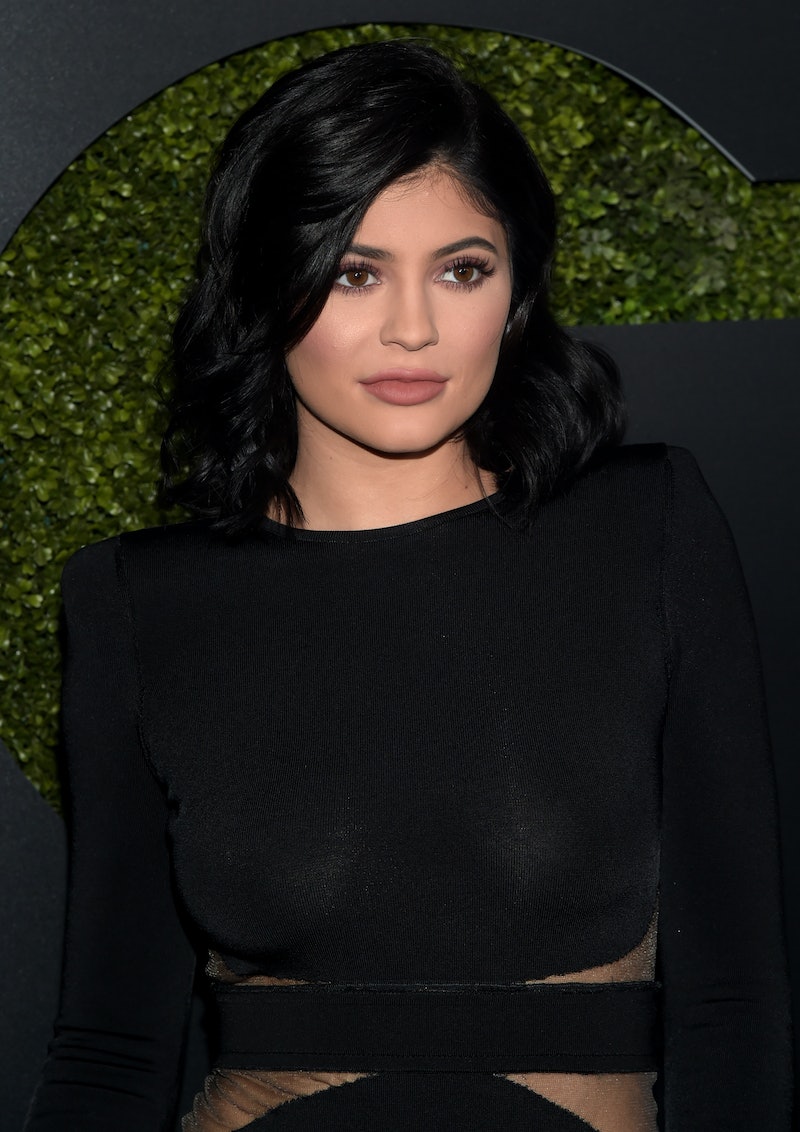 Attention all beauty fans: Kylie Jenner's Lip Kits will be restocked once again! If you have yet to get your hands on these super covetable beauty items, you're welcome to do a little happy dance now. Jenner herself confirmed on her app that the original three shades in the #LipKitByKyile collection will be restocked, along with the release of more lip shades and more products. Yes, I just made your day.

The initial release was comprised of three Lip Kits, each including a liquid lipstick and matching lip liner, dubbed Candy K, True Brown K, and Dolce K. These items will be restocked (huzzah!), and more Lip Kit shades will also be released (double huzzah!). While the official date of the restock/release hasn't been announced yet, there's no doubt that beauty fanatics and Jenner fans alike will be counting down the days, hours, and minutes until they can get their hands on these items.

That's certainly what they did when these products were initially released. The first time her Lip Kits went on sale, they reportedly sold out within a minute and were being resold on eBay for a mere $10K less than 24 hours later. The second time around, the Lip Kits proved just as popular and totally sold out once again.

Clearly, you're going to need some valiant strength and vigilance if you want to get your hands on these lip duots. With the way these products have been flying off the shelves, there's no doubt that the second restock will also sell out, and fast.

We know that Jenner's been working on the Lip Kits since August, so the restock and the new shades might just be on their way soon. After all, the first restock occurred within a few weeks.

There's no doubt that Jenner will be posting more about the restock/release of more items via her social media accounts and the Kylie Lip Kit Twitter and Instagram, so stay tuned there for more info.

So let's hope the third time is the charm for all of you that still want the rock the Kylie Lip Kit. And may the odds be ever in your favor!