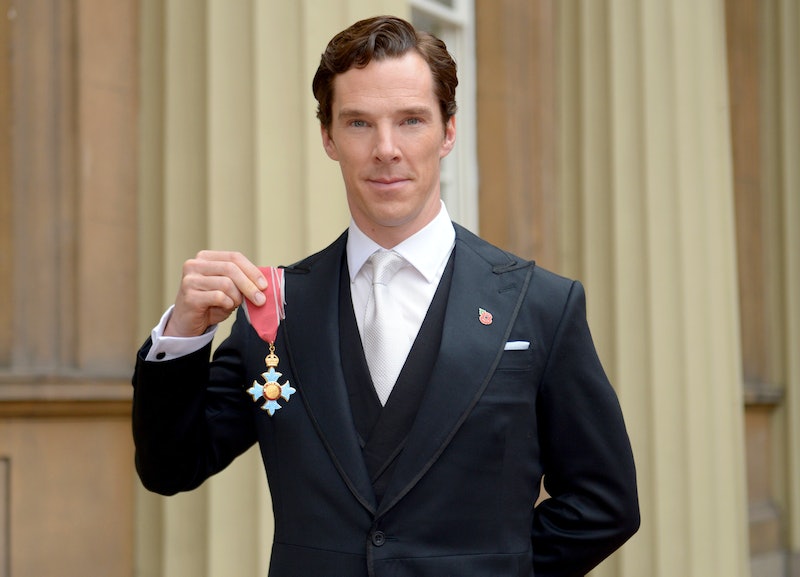 Comic book aficionados are gearing up for one of the most anticipated Marvel releases of 2016: Doctor Strange . Benedict Cumberbatch will be playing the titular Doctor, Stephen Vincent Strange, a highly intelligent, albeit arrogant, surgeon who discovers the magical arts after a life altering accident. Like any good Marvel hero, Doctor Strange needs a place to practice his craft, change his clothes, and brood. Thankfully, this Doctor's base of operations is shaping up to look not only magical, but magical and dark, just as fans of the original comic book series would have hoped.

This isn't the first time we've peeked inside Doctor Strange's psychedelic lair, the Sanctum Sanctorum. Concept art for the film that showed the "Chamber of Relics" (the place where Doctor Strange keeps all of his important, magical clutter) was released by Entertainment Weekly in December. But this is the first time we've seen an actual set image, and not just concept art. Louis D'Esposito, Doctor Strange producer, posted an image to his Twitter account that showed the stunning architecture in part of Strange's Sanctum Sanctorum. The gothic detailed structure of this window indicates that not only that this base of operations will be a place for magic and mythicism, but that the whole feel of this film will also catapult Marvel into darker terrain.

Back in August, at the BAFTA Masterclass in London, cinematographer Ben Davis told his audience that the film "is a very dark movie," and likened it to Disney's animated classic, Fantasia. It's easy to see the comparison between Doctor Strange's mystical, fantastical content, and Fantasia, but I believe Davis is speaking to something deeper here. Doctor Strange will be Marvel's own type of Fantasia, not because of its magical elements, but because it's about to break the mold. And how will it do that? By exploring the gritty (and unchartered) underbelly of the Marvel Universe.

This all seems to be on par with director, Scott Derrickson, and his earlier work (Hellraiser, Inferno, Deliver Us from Evil). Derrickson should be able to provide Doctor Strange with the same surreal and mind bending effects that will mimic its dark palette. As Marvel's lighter, more upbeat superhero films (Ant-man, Guardians of the Galaxy) are often compared to its competitor's, DC, and their grimier flicks (Batman Begins, Man of Steel), it only seems like a smart business move for Marvel to delve into this territory. And, since anything Marvel touches basically turns to gold, I think I speak for all fans when I say bring it on.

Doctor Strange — and all of its darkness — will hit theaters on November 4.