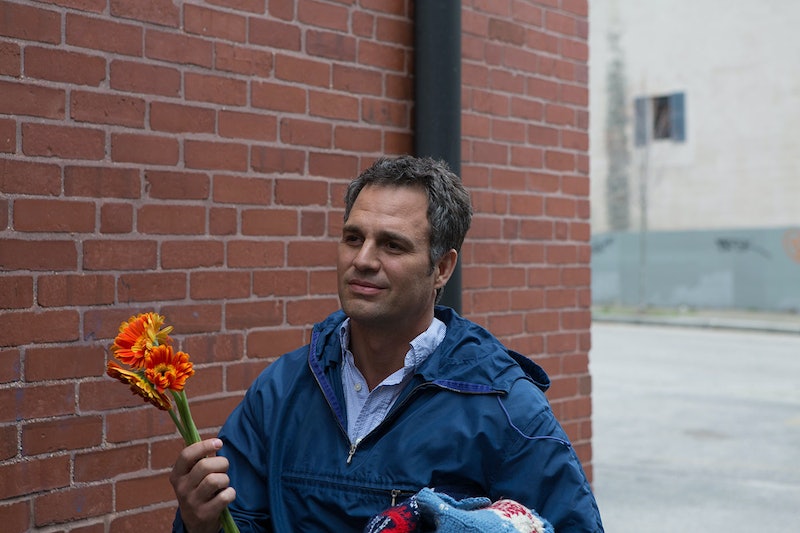 Mark Ruffalo stars in Infinitely Polar Bear as Cam Stuart, a father to two young girls, Amelia and Faith, who suffers from manic-depression. The semi-autobiographical film, from writer-director Maya Forbes, takes place in the '70s and follows Cam and his daughters as his wife, Maggie Stuart (Zoe Saldana), leaves him to take care of the kids so she can go to business school in the hopes of later being able to send their daughters to private school. Through his interactions with his daughters, we see Cam struggle through manic periods of energy, followed by severe depression. His erratic behavior is alternatively exhilarating and terrifying, allowing Ruffalo to give a dynamic performance worthy of his Golden Globe nod.

Now, call me old fashioned, but be when I hear that a movie is a familial dramas about mental illness, I assume it's a drama. And, Infinitely Polar Bear, which has been categorized as a comedy by the Hollywood Foreign Press Association (HFPA) for the Golden Globes, does have dramatic leanings. But, as director Forbes put it in an interview with Indiewire, her father as a character was a whole person, not just defined by mental illness:

"I wanted to portray a person with mental illness in a humane, respectful way. But I didn't want it to be maudlin or dour. I wanted to capture the whole person. It's not like my father was defined by mental illness. I directed Mark towards the way my father would have behaved and, as an adult, I realized — because Mark was doing such a good job — how theatrical my father was."

For his part, Ruffalo was drawn to the project after reading the script, and immediately saw the humor in Forbes' story. "I got a script that really jumped out at me. I read it and felt that it had so much humor and pathos and honesty. ...I loved it, I thought it was funny, I was really moved by it," Ruffalo said in an interview with Vanity Fair .

Infinitely Polar Bear is a truly personal film, and definitely one any self-respecting Mark Ruffalo fan should watch. Unfortunately, after it first premiered at the Sundance Film Festival in 2014, Infinitely Polar Bear was only released in a small number of theaters in the summer of 2015, causing it to fly way below the radar. Still, there is hope for those curious about the movie. Infinitely Polar Bear is currently available on DVD and to purchase or rent on iTunes — perfect for anyone trying to cram in movies before Sunday's Golden Globe awards.