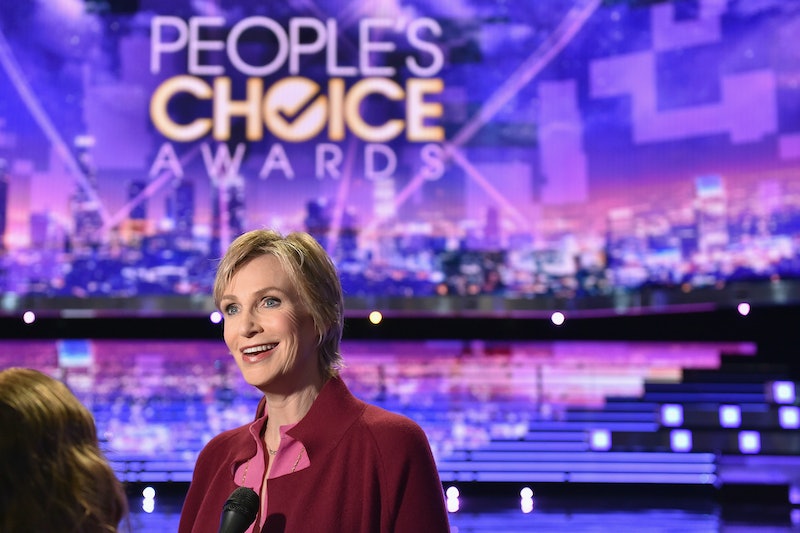 Until the Academy starts counting the unofficial Oscar ballot I send them every year, there's one major award show that lets me and my fellow entertainment consumers in on the action. The People's Choice Awards air on Wednesday, Jan. 6 at 9 p.m. ET and are the antidote to those stuffy, elitist ceremonies that only care whether their fancy members think that Michael Fassbender was a revelation in Steve Jobs, not me. The most egalitarian of awards broadcasts honors voters' favorites in a variety of categories that span music, television, movies, and digital. Hollywood Game Night host Jane Lynch is on deck to emcee the PCAs, and the show will be a nice red carpet warm-up to Sunday's Golden Globes. Cable-challenged or otherwise worried about being able to watch the broadcast as it happens? I've created guide that will help you stream the People's Choice Awards.

This year's show features performances by breakthrough pop artist Shawn Mendes and R&B prince Jason Derulo, plus appearances by Ellen DeGeneres, Britney Spears, Vin Diesel, Lea Michele, Jack Black, cast members from CBS' primetime line-up, and more. Will Emma Roberts or Priyanka Chopra be crowned Favorite Actress In A New TV Series? Is Avengers: Age Of Ultron or Jurassic World the Favorite Action Movie of the masses? With these stream options, you won't have to wait until Thursday morning's recaps to find out.

The network has its own streaming service, like HBO Now without the swearing and the nudity. In most markets, you can sign up for a one-week free trial of CBS All Access, so you can stream the People's Choice Awards live and see if the service's full library of current and past CBS programs is something you can't live without. (Family Ties marathon, anyone?) After the trial is up, the service will run you $5.99 a month.

If you're a cable subscriber but need to access the People's Choice Awards on the go, you're busy enough to need your company's corresponding app. Time Warner Cable customers can download the TWC TV App. Free with your subscription, the app sets you up with tons of streaming channels and an impressive on-demand library. Comcast's version is Xfinity, and it's also a godsend for TV junkies on the go. Have a different cable provider? Check their website to see if they have a complementary streaming application too.

Invite Yourself To A Friend's Place

The old fashioned form of live streaming: knocking on a friend's door with a bottle of wine (or two) in hand and begging for a seat on the couch. Just remember to treat your pals who have cable well; they'll be your award show saviors on many an evening.

This is your awards show, people! Don't you want to find out if your picks are getting those... whatever they give out? Choose a method for watching the 2016 People's Choice Awards and get to streaming.

More like this
What’s New On Netflix: A Victoria Justice Rom-Com & The Return Of David Letterman
By Arya Roshanian
What’s New On Netflix: The Return Of 'Bling Empire' & A Rebel Wilson Comedy
By Arya Roshanian
Kanye Walked Out Of Kim's 'SNL' Monologue Because Of These 2 Words
By Jake Viswanath
'Bosch: Legacy 'Is Bringing Its Beloved Main Character Back
By Kadin Burnett
Get Even More From Bustle — Sign Up For The Newsletter