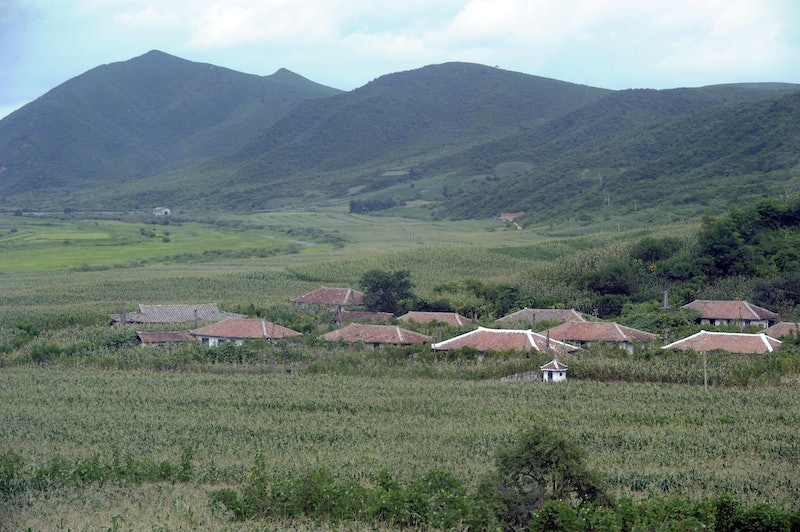 Reports of a 5.1 magnitude earthquake in North Korea began breaking Wednesday morning local time, and the quake's proximity to a nuclear testing site immediately raised questions as to the source of the event. A South Korean news agency, YTN, is calling the earthquake, which was detected approximately 12 miles from the neighboring country's Sungjibaegam nuclear testing site, "artificial." Was the North Korea earthquake a nuclear test? (Update: Hours after the tremor was recorded, North Korean state TV announced the country had successfully conducted a hydrogen bomb test. The country insists it will not use the bomb unless provoked.)

While North Korean officials have yet to make a statement on the event, news organizations are looking to a 4.9 magnitude earthquake reported in 2013, which took place prior to an announcement that the country had performed a nuclear test. Geological monitoring organizations around the globe detected seismic activity nearby to the locations of North Korea's 2006 and 2009 nuclear tests; the North Korean state-run Korean Central News Agency then released a statement confirming that a nuclear test was cause for the earthquake event.

Even without knowledge of a nuclear testing event, geologists have methods for differentiating between natural and man-made quakes. The U.S. Geological Survey (USGS) believed the 2013 event to be more consistent with a nuclear blast than a naturally-occurring earthquake after determining that the quake was only about half a mile underground (one kilometer). The USGS reported that Wednesday's quake had a depth of approximately six miles (10 kilometers).

The China Earthquake Network Centre referred to the seismic event as a "suspected explosion." The organization reported a depth of 0 kilometers and 4.9 magnitude for the quake.

Michael van Poppel, founder of the Netherlands-based BNO News, tweeted that the information coming out about Wednesday's quake appeared nearly identical to that which was being released while he was reporting on the 2013 earthquake in the country. Van Poppel followed up by writing that Wednesday's quake was the first to be recorded by the U.S. Geological Survey since that 2013 event.

As South Korean officials await a statement by authorities in North Korea, the government has called for an emergency meeting, according to news agency Yonhap.

Korean Central News Agency released a statement in mid-September claiming that the country was ready to use nuclear weapons against the United States and "other hostile forces" if the nations continued to pursue "reckless hostile policy toward the Democratic People's Republic of Korea." The statement also made claims about the improvement of the quality and quantity of the nuclear weapons at North Korea's Pyongyang test site.