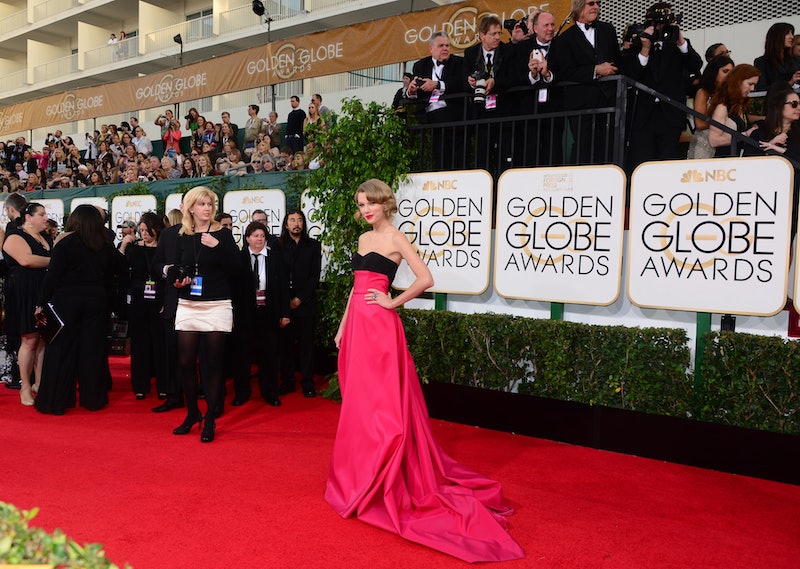 With the Golden Globes happening on Sunday, it's officially time to kick off awards season. I, for one, could not be more excited. As much as I say I'm watching to see who wins the awards, let's be real. It's all about the fashion. If you're dying to watch the red carpet coverage as much as I am, I'm going to tell you exactly how to stream the 2016 Golden Globes red carpet coverage.

This marks the first time in three years Tina Fey and Amy Poehler won't be hosting the Golden Globes together, and I'm a little sad about it. Ricky Gervais will be back this year (he previously hosted in 2010, 2011, and 2012), but check out more pre-event coverage here, including more information about the nominees.

For those of us more concerned about the Golden Globes red carpet fashion, know that you'll be able to get your fix by streaming it online. I personally can't wait to see this year's gowns, hair, and makeup and the inevitable awkward moments that are bound to happen on the red carpet. Although, let's hope this year Giuliana Rancic doesn't try to get George and Amal Clooney to take a tequila shot with her. If you're as ready as I am for the 2016 red carpet, here's where you can find a live stream.

NBC is the official broadcaster of the ceremony, so it has prime access to the red carpet as well. Catch the live stream at NBC.com starting at 7 p.m. EST/4 p.m. PST. Then, keep the channel on to see Ricky Gervais to return to the stage at the iconic Beverly Hilton Hotel as host.

'Live From The Red Carpet' on E!

What would an awards show be without Giuliana Rancic and Ryan Seacrest covering the red carpet on E! and E! Online? Nothing, that's what. Despite their occasional gaffes and avoidance of serious subject, these two make the red carpet fun. Doesn't this video get you excited already? Tune into E! Online at 6 p.m. EST/3 p.m. PST for the first coverage of the red carpet.

Hulu subscribers, you're in luck. The streaming website will also be showing E!'s coverage of the Golden Globes live. If you're a subscriber, I'd suggest tuning in here (or signing up for a free trial). NBC and E!'s websites will overload more easily, and you might get the best quality video on Hulu. Tune in here to see Rancic, Seacrest, and all of Hollywood.