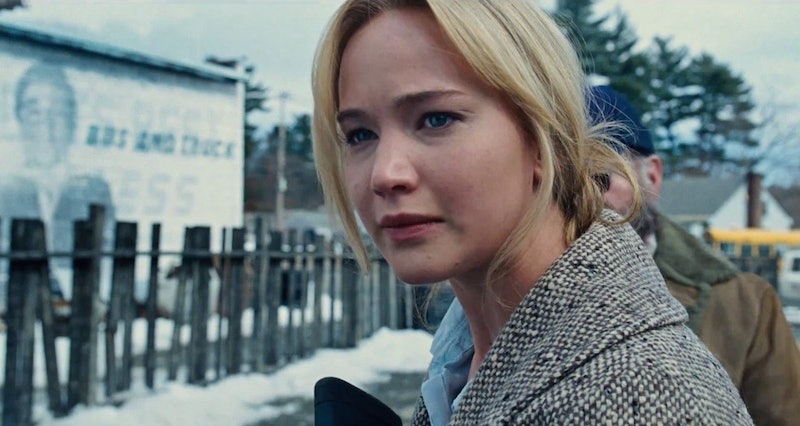 Sadly, major awards shows for film and TV don't really have a great track record when it comes to diversity. The majority of the nominees (and therefore the majority of the winners) are white, with recognition for actors and directors of color being few and far between. And while I do believe that Hollywood has tried to make strides in being more inclusive of minority groups, we've still got a long way to go to make a real difference. The 2016 Golden Globes nominations lack diversity, but, while they may have let us down by being incredibly white, there's still hope for the forthcoming 2016 Oscar nominations to correct the problem, and I seriously hope they do.

I'm not at all implying that actors of color or projects written or directed by people of color should be nominated just for the sake of diversity, but not including them implies that people of color's work is somehow not as good as those by white Hollywood figures. And that's simply not true. Handing an Oscar to 12 Years A Slave in 2014 was fantastic, because the movie was worthy of the trophy, but that should have been just the beginning of widening the scope of the films that are considered for such a high honor.

So how can the Oscars improve on the Golden Globe nominations? I have a few ideas.

The Oscars are the highest honor you can get in film (in America, at least), so naturally, we have an idea of what constitutes an Oscar-worthy film. It's artsy, it's "deep," it stars a big name actor or actress transforming him or herself for the role... you get the picture. If we want the Oscars to be more diverse, then we need to diversify our opinion of what deserves recognition in the first place.

There were some amazing movies this year that weren't big blockbusters but were actually even better. Girlhood, The Duke of Burgundy, The Assassin... the list goes on and on. Sure, there's a category for movies that didn't have such large amounts of money behind them, but why not bring those into the forefront and give them the same consideration as the bigger movies? This would bring more diversity be default.

3. Don't Vote For The Usual Suspects

Was Cate Blanchett fantastic in Carol? Obviously. Was Leonardo DiCaprio brilliant in The Revenant? Yes, definitely (and he actually deserves all the awards for it this time around). But there are plenty of other amazing performances that deserve attention this year, as well. What about Michael B. Jordan in Creed? Whatever you think of the movie itself, his acting is impeccable and his transformation was impressive. Where was Straight Outta Compton in all of this? I could go on and on...

The more movies out there made by people of color, the less the Academy will be able to ignore them when it comes to awards season. We need fewer book adaptations on the big screen and more support for independent projects by new talent.

We've got a long way to go in Hollywood (and the world in general) but I'm hopeful we can get our acts together and celebrate talent of all races.