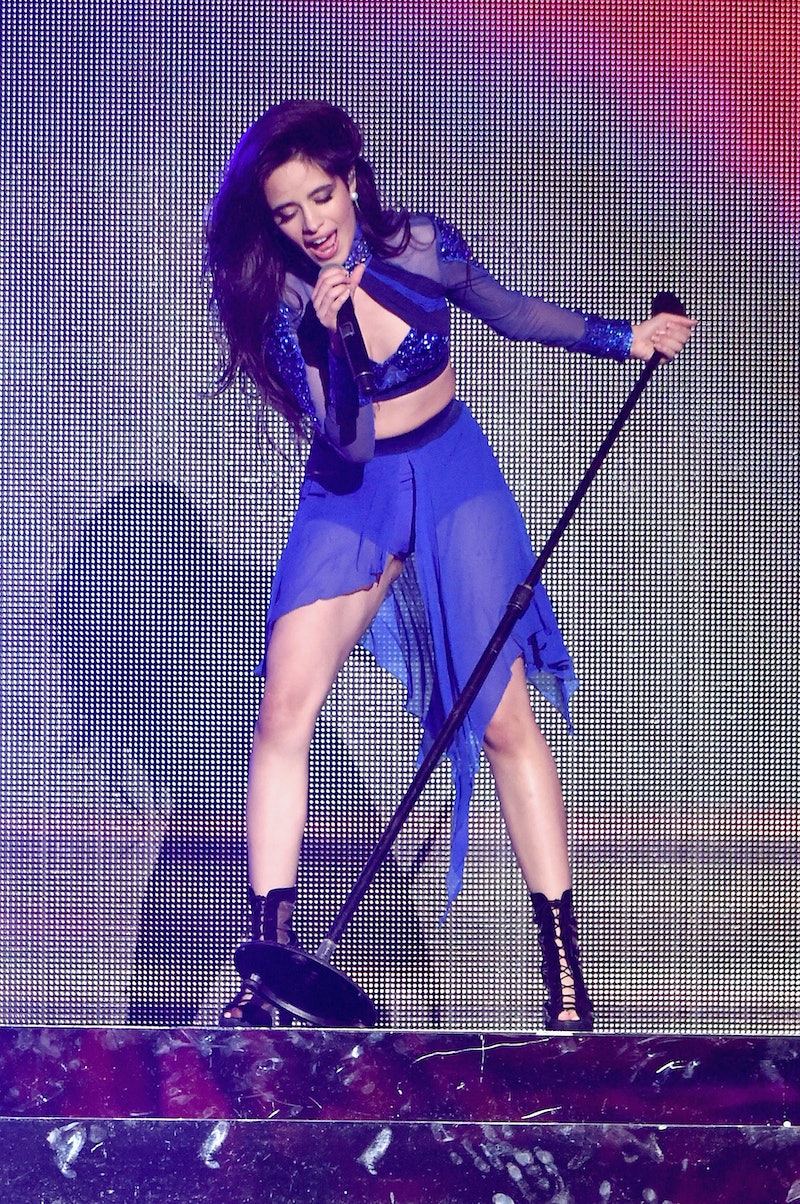 At the ripe old age of 18, pop star on the rise Camila Cabello already knows her dating life and who she spends her private time with are serious interests for her fans. The Fifth Harmony singer has already been rumored to be dating plenty of famous musicians, from Niall Horan to her collaborator on the wildly popular "I Know What You Did Last Summer," Shawn Mendes. Though Cabello has remained coy about most of the rumors, it's getting harder for her to deny the spark between herself and Mendes.

Cabello and Mendes have been making the promotional rounds for their single, appearing on Pitbull's New Year's Revolution and The Tonight Show with Jimmy Fallon , among others. With the song's romantic undertones, it's easy to see why fans of the teen crooners are hoping there's a relationship happening behind the scenes. Both Mendes and Cabello have denied the assertions, with Mendes, a Canadian YouTube sensation who made waves with his debut single "Stitches," telling Wendy Williams that he didn't have a girlfriend.

For her part, Cabello told James Corden in November during an appearance on The Late Late Show with James Corden that Mendes "friend zoned" her.

Aw, no! While the duo may never confirm if they are actually dating (hey, maybe they want to keep their love lives under wraps!), Cabello hasn't been shy about speaking out on love and relationships in her music. Here are some of her best lyrics on the topic.

Lyrics: Friends say I'm stupid and I'm out of my mind / But without you, boy, I'd be bored all the time / No, I don't really care for the same conversation / Got everything I need, and I'd rather be chasing / Chasing love, with a monster

Lyrics: You say that you a baller / And I see you trying to holla / But that ain't how I was brought up - next / Working for the money / 'Cause that's what my momma taught me / So yo ass better show me some respect

Lyrics: I don't admit it / I play it cool / But every minute that I'm with you / I feel the fever and I won't lie / I break a sweat / My body's telling all the secrets I ain't told you yet

Lyrics: I'm not the way that I used to be / I took the record off repeat / It killed me but I survived / And now I'm coming alive

5. Shawn Mendes & Camila Cabello, "I Know What You Did Last Summer"

For being so young, Cabello has wisdom in the romance department in spades. Hopefully, she's just having fun and living in the moment!

More like this
Adele Says It Would Be “Wonderful” To Have Kids With Boyfriend Rich Paul
By Jake Viswanath
What’s An Open Relationship, Actually?
By Lexi Inks
Passive Aggressive Examples To Look Out For In A Partner
By Jessica Estrada
Are Quality Time & Words Of Affirmation Love Languages Compatible?
By Lexi Inks
Get Even More From Bustle — Sign Up For The Newsletter