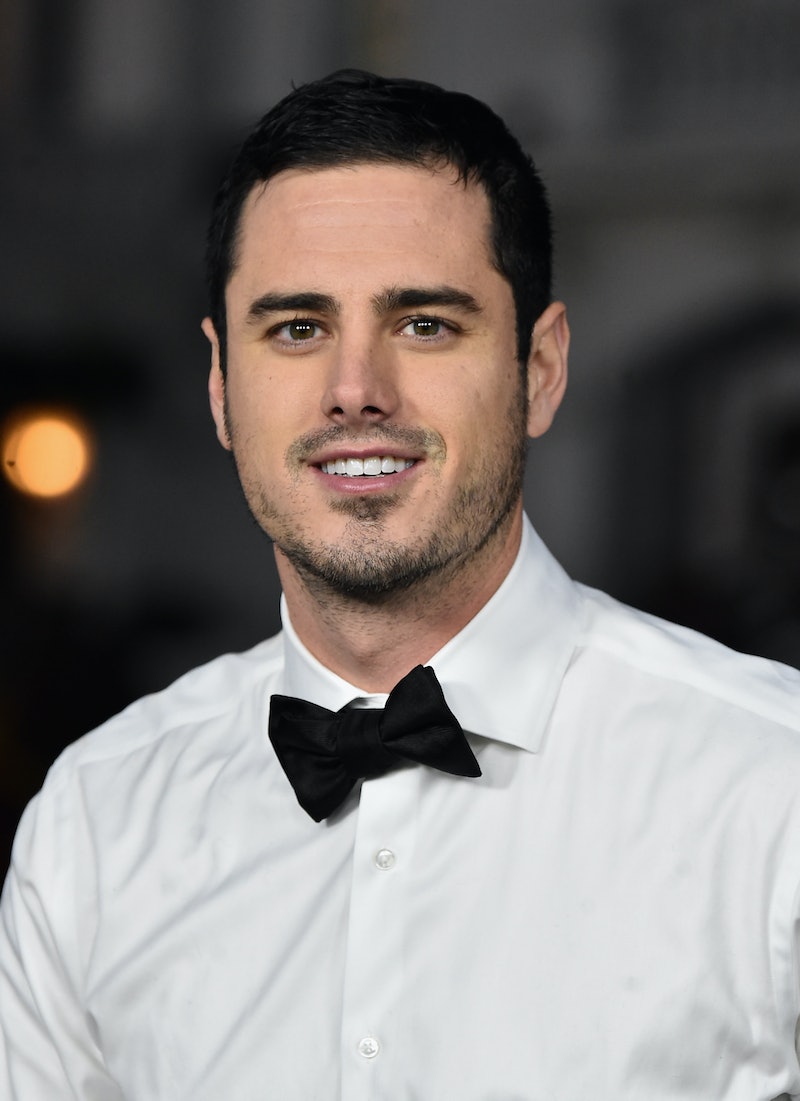 If you watched the premiere of this year's Bachelor, you know that the women were crazy about Ben Higgins before they even got to meet him. Clearly, watching him try to woo Kaitlyn Bristowe on The Bachelorette, did something for the current contestants, because now they're on the show competing for love themselves. The weird thing is that while these women are all about the new Bachelor and think he's the absolute greatest, Ben Higgins himself thinks he's unlovable. I am completely floored. Why would he possibly think that? ABC cast Ben for both The Bachelorette and The Bachelor, so clearly someone thought he was lovable.

On the premiere episode of Ben's Bachelor season, he touched upon this feeling a little bit when he was giving viewers a tour of his hometown. He pointed out a movie theater where he had his first kiss and mentioned that he got dumped by the girl he kissed on that very same day. Perhaps this was the start of those "unlovable" feelings.

If you watched Ben on The Bachelorette, you probably recall him coming right out and telling Kaitlyn that he felt that he was "unlovable" after his previous relationships. Ben made an effort to clear the air in the first installment of his Bachelor blog for People , which went up after Monday's premiere. The 26-year-old doesn't want people to misconstrue his words and think he has a poor self image or that he's trying to feign being humble. The reality star wrote, "And can we talk about the whole 'unlovable' thing for a minute? I don't want people to get the wrong idea when I say that or think that I am being insincerely humble or beating a dead horse about it or anything like that."

So then why say it at all? Ben feels like if this process is going to work he needs to be genuine and put it all out there. He wrote, "I really don't even like talking about it that much but in an attempt to really be open and put my whole self and heart on the table going into this, it is a real fear I have that I don't want to ignore."

Thankfully, he does go into it and he's not being hard on himself or being overly dramatic. The dude made a lot of sense, actually, and has sentiments that I'm sure many of us can relate to. He wrote,

When I say that I worry about being unlovable, it doesn't mean I think I am some awful person or have no self-confidence or that I don't have people that love me in my life or anything like that. But in my experience in relationships so far, it has felt like I have been more invested in the relationship than the person I was dating at the time. I've had my heart broken. So until I am with someone that loves me wholly and gives themselves to me as fully as I give myself to them, it can be hard for me to know that that can happen for me.

That might be a lot to digest, but Ben is just keeping it real. He is admitting what many people would probably be afraid to say, and hopefully, being this open will end up paying off for him in the long-run. He deserves to find someone who is willing to put as much into love as he is.