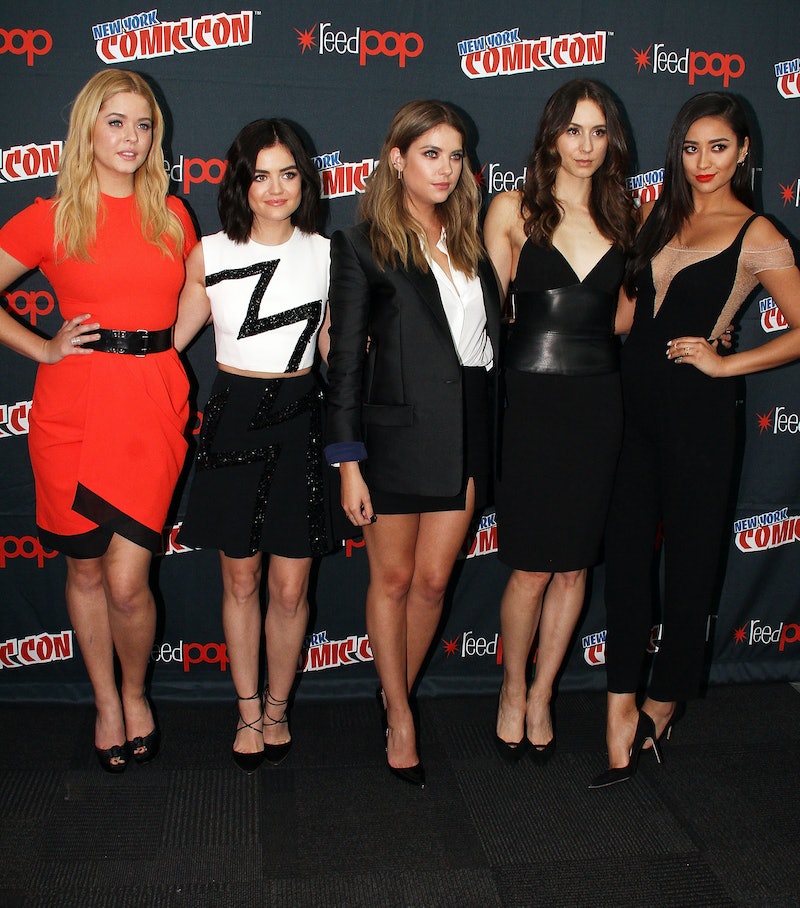 The hit ABC Family series featuring Aria, Spencer, Hanna, Emily, and Alison has already won twice before for Favorite Cable Drama at the People's Choice Awards. "Only twice?" you might be asking yourself. I know, it's kind of surprising, but the people know what they want. The drama previously lost to AMC's The Walking Dead and TNT's now canceled Leverage . So, what can be said for the 2016 awards show? During the broadcast Wednesday, it was announced that Pretty Little Liars won Favorite Cable Drama again!

To me, it's no shock that the beloved thriller took home the award. For the past six years, they've stolen fans' hearts and continue to present story lines that get people talking no matter what. But, the fans keep coming back for more, because they just can't get enough and have fallen in love with the entire cast.

As Bellisario said while accepting the award and being told time for her speech was almost up (alongside Lucy Hale, Shay Mitchell, Ian Harding, and Ashley Benson), "Sorry, I'm not going to wrap it up, because I'm talking about the fans!" You tell 'em, Spencer Hastings!

The beloved series that finally revealed A's identity during Season 6A competed against Bates Motel, The Fosters, Rizzoli & Isles, and Suits. The category definitely included a wide range of shows, and ones that are all clearly beloved. Oh! And does anyone else find it funny that PLL's Troian Bellisario was up against her fiancé/Suits actor Patrick J. Adams in the same category? Nothing like a little competition between the adorable couple, right? I'm sure they support each other no matter what.

Anyways, there's no doubt PLL has one huge fan base who loves them and supports them immensely. They don't really need an award to tell them that, but sometimes it doesn't hurt.