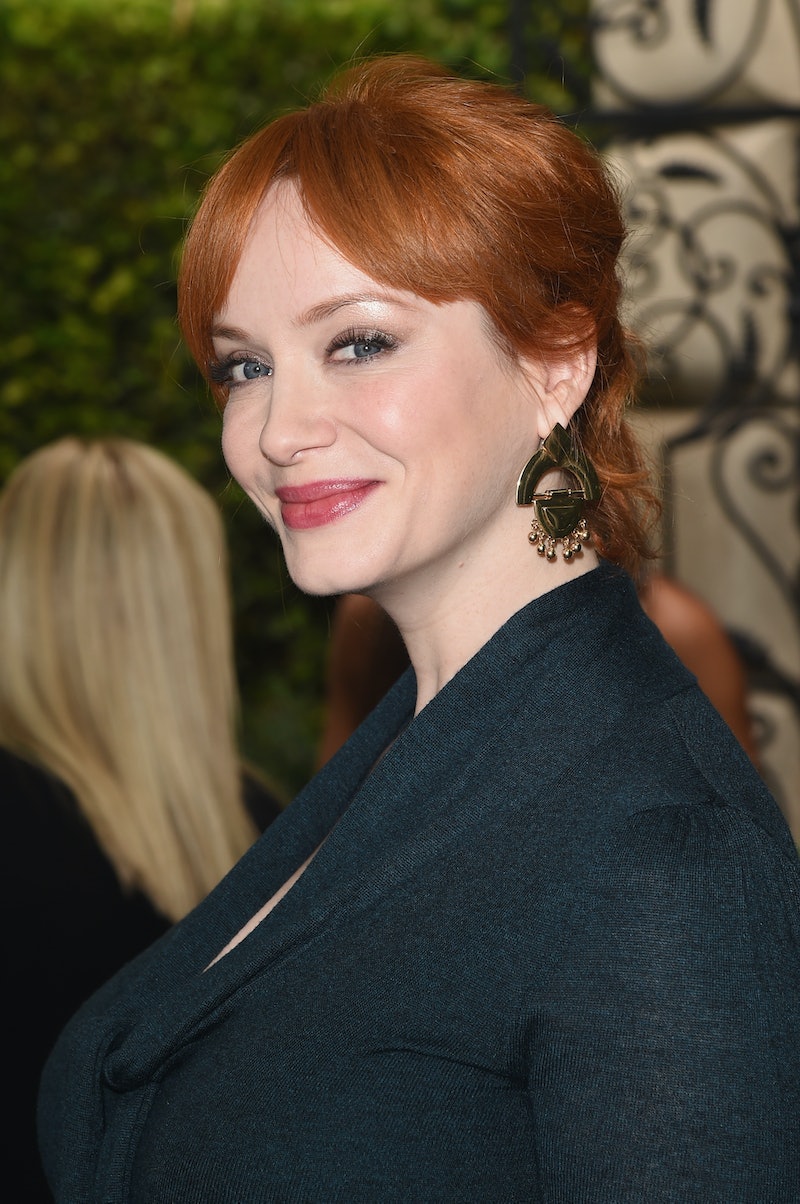 Hold onto your curve-hugging pencil skirts, ladies, because Christina Hendricks has her next project lined up and it’s a far cry from her Mad Men days. It was announced on Wednesday that Hendricks would be joining the cast of Bad Santa 2 , the sequel to the 2003 original starring Billy Bob Thornton, Tony Cox, and Brett Kelly. Joining the returning cast members will be newcomer Hendricks and Kathy Bates. And the news that these two strong women are joining ranks with Thornton, whose character is one huge hot mess of a misogynistic man, makes me so happy I could start singing Christmas carols in January. Because I can’t wait to see Christina Hendricks tame Billy Bob Thornton’s Bad Santa in this much-anticipated sequel.

It’s not clear yet whether or not Christina Hendricks will be playing Thornton’s character’s love interest, but what we do know is that she is set to play a character who runs a charitable organization. Umm, sounds like the perfect foil for Billy Bob Thornton’s selfish and self-serving Santa. Hendricks is a talented woman — she was nominated for six Emmys for her role as Joan Holloway on Mad Men — so I know she could play meek and mild if the script called for it, but something tells me she’s going to be a powerhouse of a woman in this role too, which is just what Thornton’s character needs to be put in his place.

This is especially important since this Bad Santa doesn’t seem to mind the fact that Thornton has aged, but his leading lady has not. It bears mentioning that 12 years have passed since the original Bad Santa premiered in 2003, which means Thornton is 12 years older. His leading lady in the original movie, Lauren Graham, was 36 at the time. Christina Hendricks is only 40. So while this leading man has been allowed to age over a decade, his female co-stars, as Matthew McConaughey once said, stay the same age (relatively speaking). Typical Hollywood, I suppose.

So with a blatantly chauvinistic main character at the center of this movie (that is the whole conceit, after all), I’m relieved to hear that Hendricks is stepping in to lend a little class and to put this Bad Santa in this place.