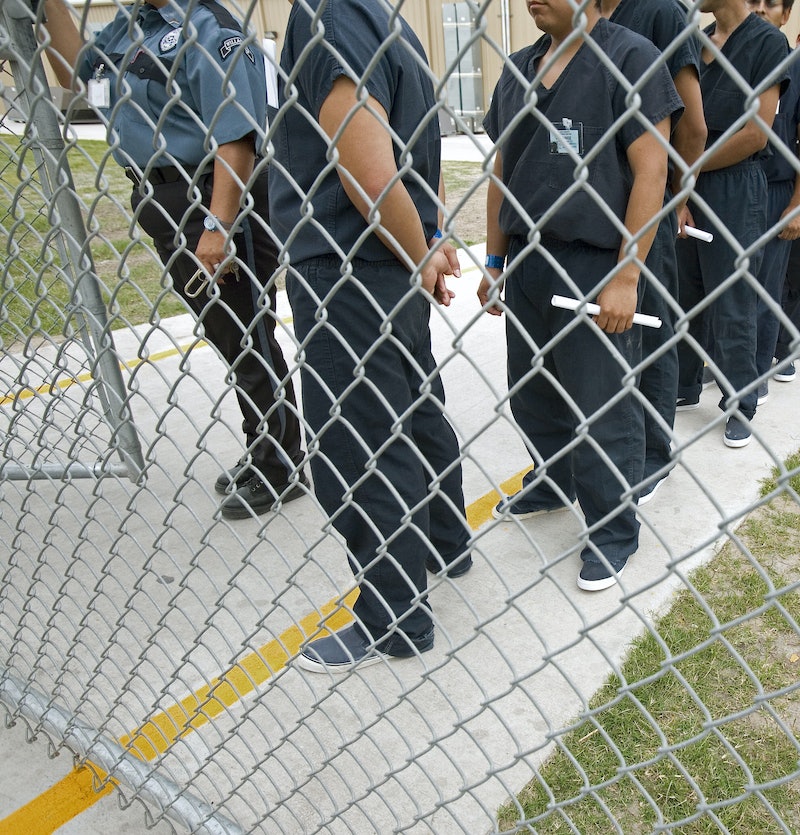 On Wednesday, a special prosecutor in Hempstead, Texas, announced that Brian Encinia, the state trooper who arrested Sandra Bland during a traffic stop in July, would face a perjury charge for a statement he made in a police report following the arrest. Although the misdemeanor charge could send Encinia to jail, it's probably not the charge that many of Bland's loved ones and supporters were hoping for. The decision to indict Encinia came after a local grand jury reviewed all the elements of the case since August, evaluating whether charges against Encinia or any other officers involved in Bland's case were warranted.

The Texas grand jury decided that Encinia could have committed perjury, based on a statement he made in a police affidavit that was allegedly intended to justify Bland's arrest. In the affidavit, Encinia reportedly wrote, "I had Bland exit the vehicle to further conduct a safe traffic investigation." According to officials, the grand jury found that statement to be false, thanks to dashcam footage which shows what was supposed to be a routine traffic stop. Encinia asked Bland to put out her cigarette, which she refused to do. Upon her refusal, Encinia asked Bland to step out of the car. According to Encinia's affidavit, that's when he put her in handcuffs "for officer safety." Bland was arrested and found dead in her jail cell three days later.

As a result of this charge, Encinia will face a criminal trial. If convicted, he could get up to one year in jail and a $4,000 fine. Bland's family has also filed a wrongful death suit to bring up the case of Bland's death in civil court.

Encinia's perjury charge is classified as a "Class A" misdemeanor. In order to convict Encinia under Texas state law, the prosecution will have to prove that Encinia made the statement in question with the intent to deceive and with knowledge of the statement's meaning. In other words, Encinia's trial will likely center around whether he meant to make a false statement in the affidavit.

Whether he's convicted or not, Encinia will be without a job shortly. Following the announcement of his indictment, the Texas Department of Public Safety announced that it would fire him. Encinia joined the department in 2014, and he has remained on an administrative desk job since Bland's death in July. Although he will only face a perjury charge, Encinia's trial will be noteworthy in part because he is the only officer to be charged in relation to Bland's arrest and subsequent death. In December, the grand jury decided not to bring criminal charges against any officers for Bland's death (which was declared a suicide) while she was in police custody.