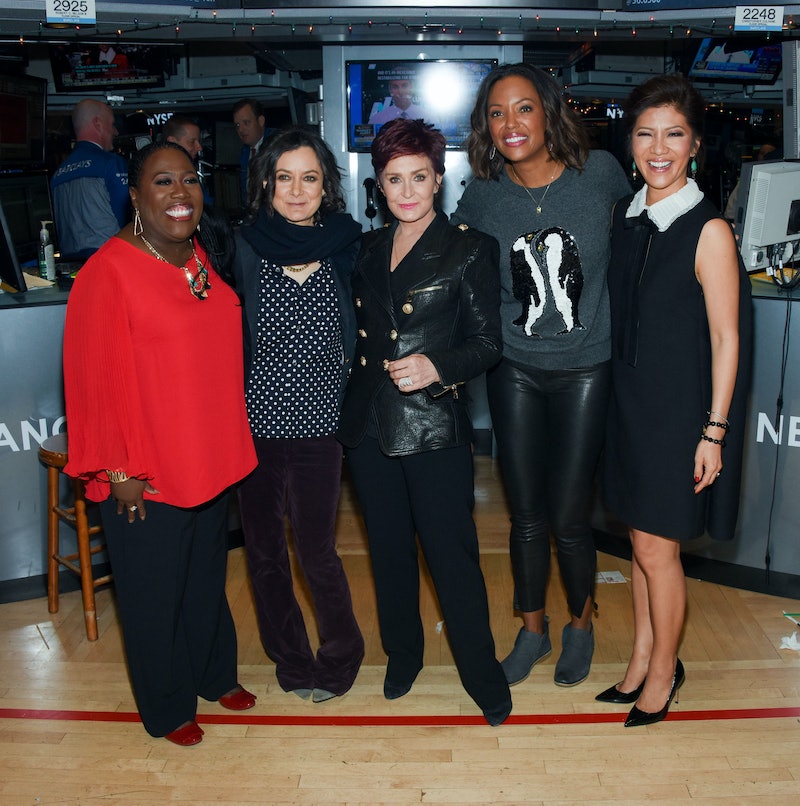 Sometimes, you’re watching an awards show on television, you’ve got your Nutella and a spoon, you’re in your pajamas and you’re just chilling. Most likely, your favorite actors win, and you cheer, and that’s that. Since most award shows are totally predicable, you’re totally unprepared when something weird happens. At the People’s Choice Awards, the most exciting moment of the night happened at the most unexpected time. When daytime TV show The Talk went on stage to accept an award for Favorite Daytime Hosting Team, all was well — until a random dude crashed the PCAs and totally interrupted panelist Sara Gilbert’s speech!

Crashers are few and far between at most awards shows — where was the security here? Guess things got a little lax. It’s not like the people at the MTV Video Music Awards could have stopped Kanye West from interrupting Taylor Swift (because he was in the audience), but how does a regular person get all the way up to the stage? The ladies of The Talk, especially Sharon Osbourne and Sheryl Underwood, were absolutely not having it, and they pushed him off stage as he was muttering something about an album dropping and Yeezy and a gate.

What the what? Mostly, I feel bad for the women of The Talk because their shining moment got interrupted, but let’s be honest — people will be talking even more about them now. I also want to know who that guy is and what he though his MO was. The show didn’t say anything else about him for the rest of the broadcast (obviously), so it’s a mystery for now. I couldn’t understand the crasher, and most people on Twitter were just as confused and amused as I was:

Needless to say, I think that the upcoming Golden Globes, Oscars, and Grammys will be particularly beefing up security so as not to encourage any copycats.