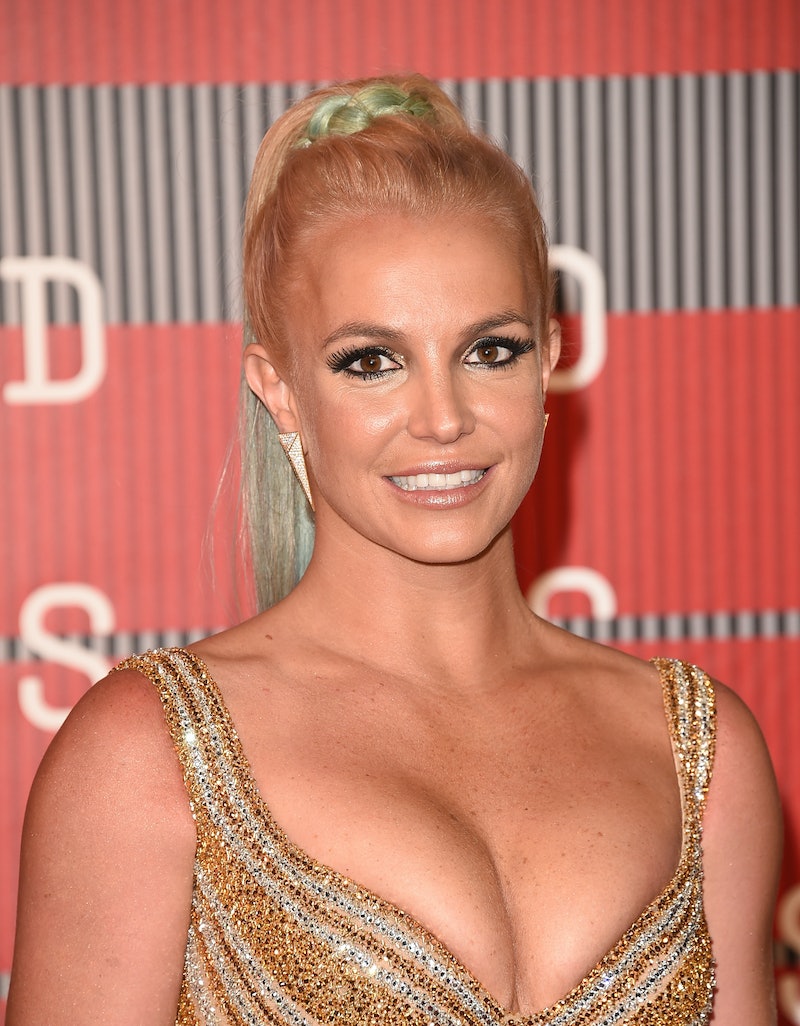 Yo, Britney, where you at? That's exactly what her fans are asking, because Britney Spears wasn't at the People's Choice Awards. She RSVP'd and had her seat all picked out, but never showed up. She even won for Favorite Social Media Celebrity! Guess what? I bet she won't win that same category next year, you know, if she's even nominated. Her fans are holding it against her that she didn't show up and are beyond upset. That said, the singer did post a reason and an apology via Twitter for missing the awards show.

Not only did she reveal that she was "sick," so she couldn't attend, but Brit Brit also thanked her fans and dedicated her win to the "Britney Army." She added, "I love that I can share my world with you and that you are so supportive of me. Remember to be kind online and spread love." OK. So that last line kind of makes up for her not showing up. Kind of.

That said, why didn't Spears tell fans early on that she would be MIA from the ceremony? At least that way they'd know and could prepare themselves for the heartbreak. It just seems odd that the "Oops!... I Did It Again" singer explained herself at the end of the night, rather than the beginning. Maybe she was waiting to see if she got better and could arrive late? Who knows, but let's hope she's not under the weather for too much longer.

And with that, here are a few of the angry tweets from the Britney Army:

Some of her fans might not have read her statement yet, which means there is a chance they'll forgive her. However, if they don't, well, Brit Brit might be making an even bigger and better apology soon.