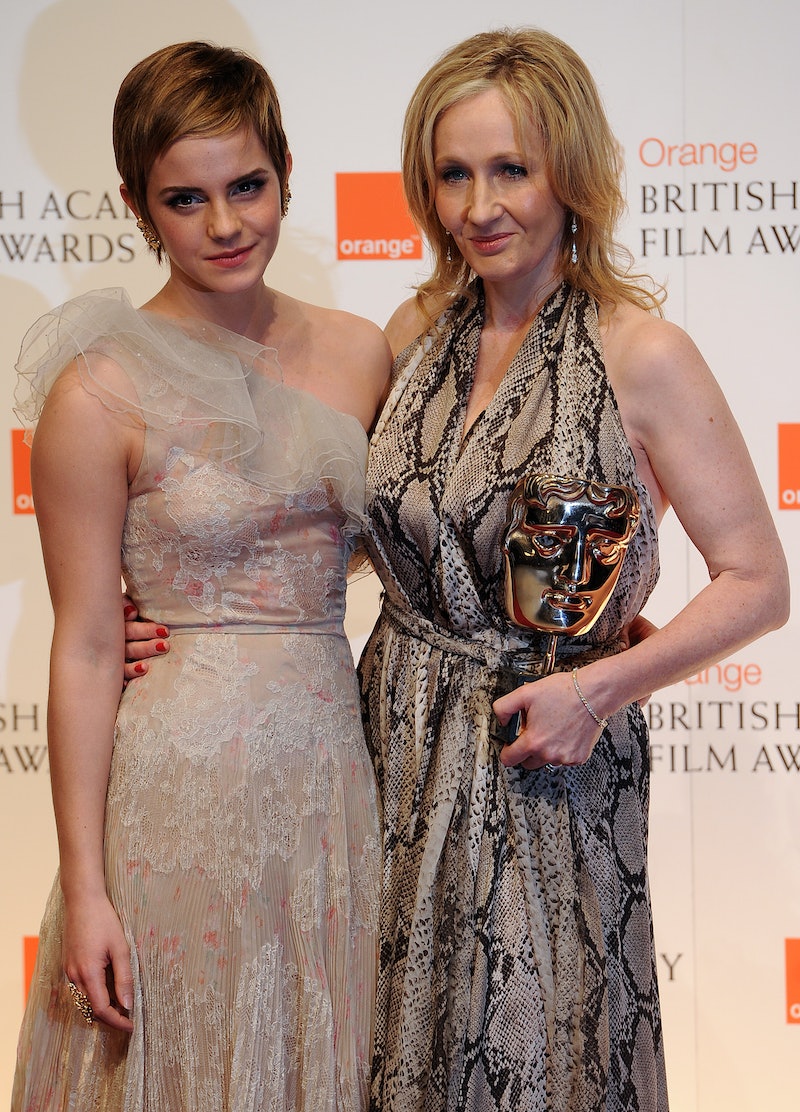 On Wednesday afternoon, Emma Watson broke the Internet with her announcement that she might be starting a feminist book club — and on Thursday morning, she made it official: the Emma Watson “Our Shared Shelf” book club is really happening. Take a moment to hyperventilate into a paper bag if you need, because there’s more to come. Like, the fact that J.K. Rowling could be in it.

Watson had originally crowdsourced the naming process to Twitter — and Twitter, of course, delivered. Suggestions from “Watson Your Shelf” to “Hermione’s Army” came pouring in, until Watson finally settled on “Our Shared Shelf,” as suggested by @emilyfabb. I already love what that name suggests: uniting across the world to read feminist texts by writers from all backgrounds. Emma already confirmed that bell hooks will appear on the reading list, and I’m really hoping that BAME writers will be fairly represented throughout.

So how do you join Emma Watson’s book club? The actress has promised on her Twitter that there are more details soon to come — but a stream of her celebrity friends are already signing up. One Tree Hill’s Sophia Bush will be joining (and even offered Watson a few naming suggestions of her own) — as will Girl Meets World star Rowan Blanchard, who is a proud Harry Potter fan herself, and whose intelligent speech on feminism at the U.N. Women’s annual conference was praised by Emma Watson.

Watson has also said she will be inviting J.K. Rowling and Taylor Swift to join. If 2015 was the year of #squadgoals, it looks like 2016 will be the year of #readinggoals — and I’m so ready.

Now all we can do is sit back and wait for more details, but we do know that Watson’s already picked the first book: Gloria Steinem’s My Life on the Road. Downloading that onto my Kindle as we speak.

Just think, by the end of 2016 we might all be able to say we were in a book club with Hermione Granger. And they say dreams don’t come true...

More like this
16 Novels That Paint A Realistic Portrait Of Abortion
By K.W. Colyard
Lauren Rae Is Bringing Back The Sex And The City Vibes In Her New Memoir
By Shahed Ezaydi
Annie Lord’s Memoir Will Make You Believe In Love Again
By Shahed Ezaydi
Yes, You Can Stream Machine Gun Kelly’s Life In Pink In The UK
By Rachel Mantock
Get Even More From Bustle — Sign Up For The Newsletter