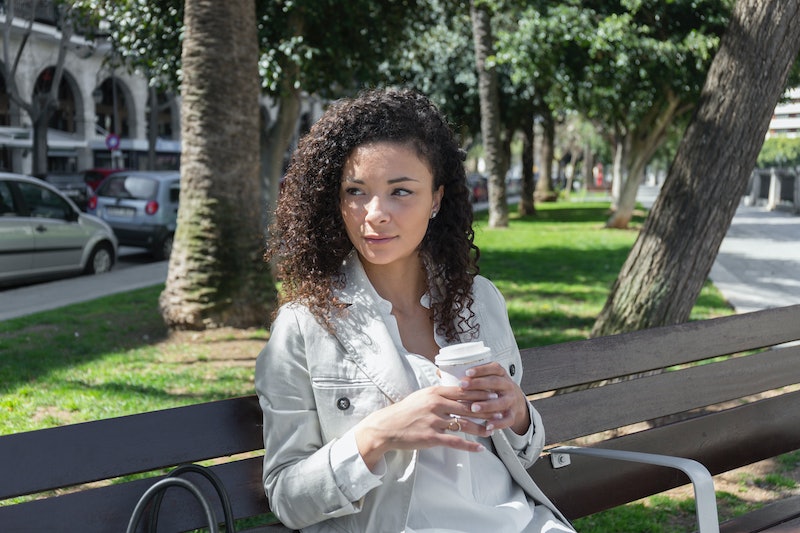 One day, when the magical feminist genie visits me and grants me three wishes, the first wish I make will be for all women and girls to have high self-esteem. Low self-esteem lies to you. And those lies aren't just cruel. They have the potential to destroy relationships, dreams, even whole lives. Low self-esteem is no joke.

When you don't have a high opinion of yourself, the decisions you make won't always be healthy. In fact, people with low self-esteem tend to make more self-destructive decisions, such as tolerating abuse, or abusing our own bodies, according to psychiatrist Dr. Kevin Solomons in an interview for Psych Central. And I saw this first-hand when I worked with couples as both a Domestic Violence Victim Advocate and Planned Parenthood Certified Responsible Sexuality Educator.

Lucky for you, low self-esteem is a big fat liar. There are some universal truths about yourself that low self-esteem taints, runs over, steps on, burns, then dances on top of. Because low self-esteem is basically a giant jerk salad with a side of jerk dressing. Here are some of those lies, so you can work toward letting them go and embracing the shimmering, magnificent being you truly are.

1. It Tells You That You're Not Good Enough

2. It Tells You That Nobody Likes You

Sometimes low self-esteem's lies get you right in the deepest, most insecure part of your feels machine by telling you that nobody likes you. Every new person you meet thinks you are average at best. Your best friends secretly have meetings behind your back where they confirm that you're the worst one of the group. Your family members are only nice to you because they have to be, but deep down they know you're kind of the worst. When low self-esteem tries to pull this BS on you, do everything you can to fight back.

3. It Tells You That You're Ugly

It''s not your authentic voice that tells you you're fat and disgusting when you look in the mirror. That's all low self-esteem. See, you have to be taught to hate your body. You have to get messages somewhere about all the things that are wrong with it. Low self-esteem wants you to believe these messages when they're absolutely not true. All human beings are beautiful and unique and so much more than the sum of their parts.

4. It Tells You That You Say Dumb Stuff

Do you ever lay in bed at night cringing, like omg why did I say that? And it's not enough to think about it once. Low self-esteem makes you think about it on a loop until you're convinced you should never open your mouth again, ever, for the rest of your life, not even to eat. It convinces you that the person you spoke to hates you now and thinks

5. It Tell You That You Shouldn't Try

Because really, what's the point? Low self-esteem wants you to believe that the beginning, difficult stages of learning or doing anything mean that you just shouldn't do them because clearly you suck. That's a total lie. Learning new things is difficult for everyone at first — whether it's running or managing an office. Everyone has a learning curve. People with high self-esteem accept that these challenges are opportunities to make them better. Low self-esteem says they're reasons you shouldn't even try.

6. It Tells You That Your Accomplishments Were Flukes

7. It Tells You That You Deserve For Bad Things To Happen

When bad thing happen to you, low self-esteem is right there like a ghost of guilt and regret to say "that's about right." And bad things just keep happening because you expect them to. Because low self-esteem puts you in these self-fulfilling patterns of self-destruction. Sometimes that's as serious as drug addictions, or sticking with an abusive partner. Low self-esteem convinces you that you don't deserve better. It's a potentially deadly lie.

8. It Tells You That You Will Be Stuck Forever

For you, getting that dream job, having your own home, traveling, living a life full of satisfaction, and having the things you want is always a "maybe, someday, but probably not." You settle for everything. Because low self-esteem tells you that what you have is as good as it gets, and that you probably don't even deserve it anyway. It tells you that happy lives filled with adventure and success are for other people.

9. It Tells You That You Can't Be Trusted

Low self-esteem wants you to constantly doubt yourself. I mean, your life is clearly made of fail, so you obviously can't be trusted to make an decisions. And children? How could you possibly be trusted to have those when you still choke on your own spit at least once a day. Also, people should not ever ask you for advice and you should not give it because you are, well, you. Lies! All lies.

None of these things are true, of course. And once you realize that the small voice inside of you that's keeping you down is low self-esteem, you can tell it to go suck eggs as you ride off on the unicorn of high self-esteem. Because you're pure magic.