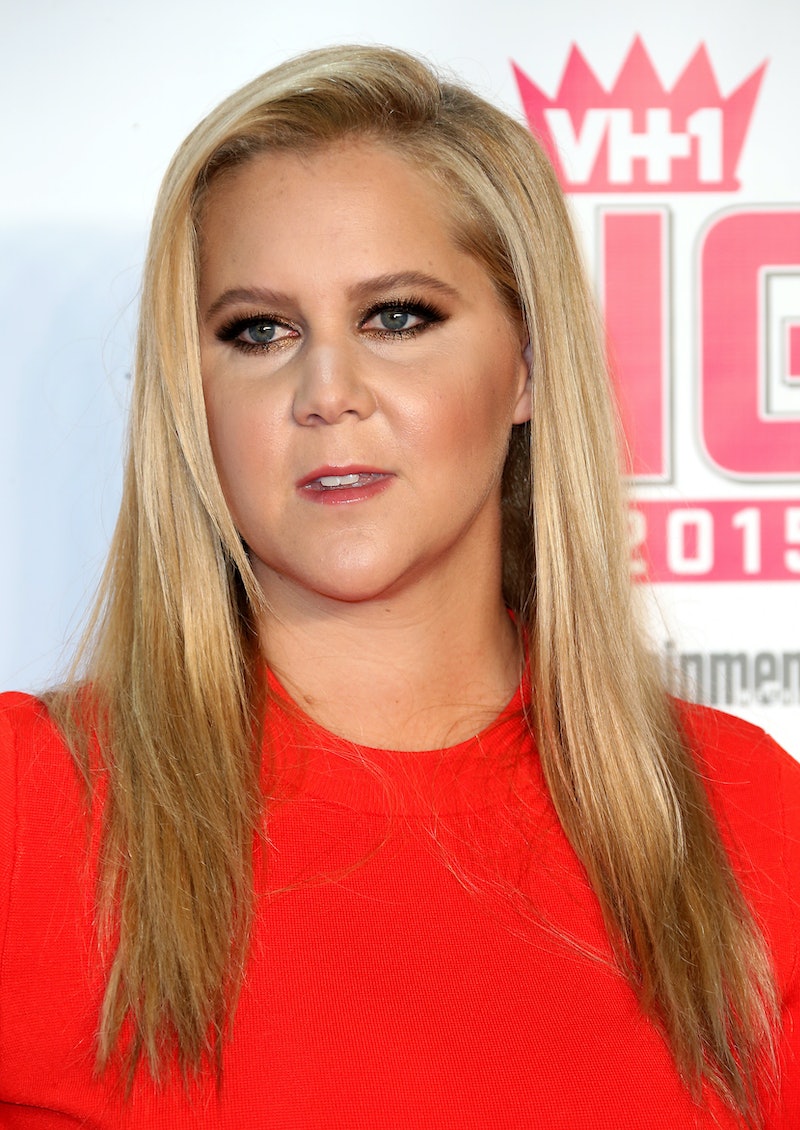 Although she's known for being funny, that doesn't mean Amy Schumer can't be serious. The comedian has a killer sense of humor, but also raises her voice when it counts. A perfect example of this is how she's handling all of the attention on her new relationship. After news broke that Schumer is dating Ben Hanisch, a Chicago native who founded a furniture company, she decided to have some fun with it. Perhaps "fun" isn't the right word, but she's making the most of the relationship hype, in the best way possible. When sharing an adorable photo of her and Hanisch, Schumer included a link to the National Multiple Sclerosis Society's donation page. Genius, right?

Since Schumer knows people are eager to see her and her new boo, she's giving them what they want, but also promoting a cause that's near and dear to her heart. When she was a teenager, Schumer's father, Gordon, was diagnosed with MS. In a 2013 interview with NPR, she said,

It's the most painful thing in the world to just watch this person that you love ultimately just digress and kind of decompose. And it's too heavy and you have to find a way to laugh at it. I will on stage go to a very dark place and make light of things that are painful. And it makes me feel better to hear about other people's struggles, so I like to share mine.

In her movie Trainwreck, the actor also spotlighted what it's like having a parent with this chronic disease. According to the National MS Society's website, Schumer and Judd Apatow used Trainwreck 's Comedy Tour to raise more than $176,000 for the organization. It's brilliant — not to mention heartwarming — that she makes a point give back and does so in a way that will catch people's attention.

Not only is the 34-year-old raising awareness and funds for MS, but she's also using the boyfriend news to back another cause that counts: ending gun violence. Hanisch first found himself in the spotlight when he joined Schumer's trip to the White House on Tuesday. They attended President Obama's speech about gun control. After people quickly began talking about her relationship, Schumer posted a photo of Obama and joked that he's her new boyfriend. While obviously there's no romance there, it was a smart move, since she also included an important hashtag — #StopGunViolence.

Even Hanisch is joining Schumer's admirable efforts. He shared a photo of the pair together saying how proud he is of his girlfriend, but also remembering the reason why they were at the White House in the first place. He, too, included the hashtag calling for an end to the violence.

All in all, I'm thrilled with how Schumer and her boyfriend are handling their newfound attention. If these romance rumors keep spurring Schumer to raise her voice in support of causes that matter, I'm all for it.

More like this
This TikToker Has Genius Advice For Boosting Your Dating Confidence
By Lexi Inks
15 Flirty "Thinking Of You" Texts That’ll Make Your Crush’s Day
By Lexi Inks
The “Rules For Dating” TikTok Trend, Explained
By Lexi Inks
What Even Is A Healthy Relationship?
By Brittany Leitner
Get Even More From Bustle — Sign Up For The Newsletter