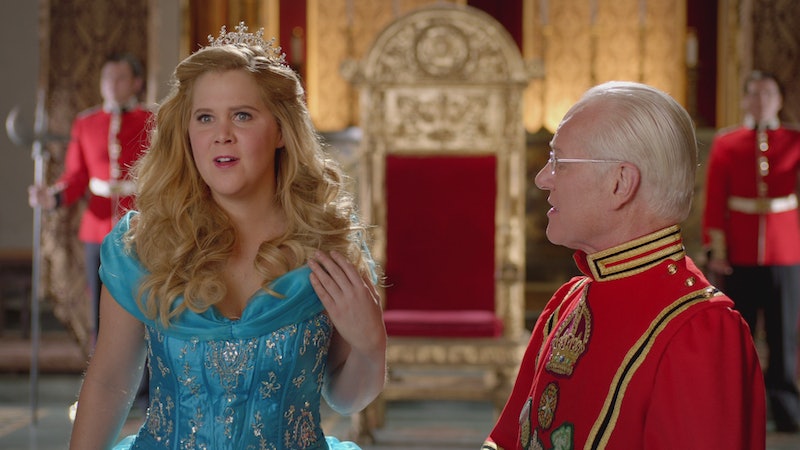 You know her, you love her, you can't live without her. Inside Amy Schumer season three was the definition of an on-point season of television. Every single episode brought new sketches, new actors, and new hilarious moments that a lot of women can relate to in life. And even if you couldn't relate, you were probably still laughing out loud. Unfortunately, season three is over — in case you were worried, I am absolutely crying about it — but at least there are the moments that we can relive over and over again until season four comes about.

Throughout the season, Amy featured some of the best actresses in Hollywood, like Tina Fey, Julia Louis-Dreyfus, and Patricia Arquette. She didn't shy away from difficult conversation topics like the Bill Cosby scandal. And she put herself as a human spectacle during the "12 Angry Men Inside Amy Schumer" episode, which was 30 minutes of pure comedy genius, in which 12 middle-aged men argued over whether Amy Schumer was "hot enough to be on television." Re-watching the best moments from Inside Amy Schumer simply never gets old. Here are the best sketches from season three:

Look, it's all of my friends hanging out in one place! This viral video completely called out the ageism that plagues Hollywood. Shout-out to Fey, Dreyfus, and Arquette for being cool as ever.

In this hilarious sketch, Schumer plays a sensei who teaches three hopeless men how to properly communicate with the women in their lives.

Why do I love this sketch? It's the brainchild of Schumer and Friday Night Lights, so what's not to love? Plus, it involves a football coach converting his team into a "no rape" policy and Schumer drinking wine by the gallon.

Perfectly timed and perfectly done. Schumer plays Cosby's lawyer, who proves to the audience that there's no way that such a fun, sweater-wearing man could never do the things he was accused of. At the end of the sketch, Schumer politely declines a drink that comes courtesy of Mr. Cosby.

I could watch Schumer's stand-up every single day for the rest of my life, but because that would be hard to do with ~life~ happening, I'll just watch this over and over. Schumer completely calls out society's idea that she is a "sex comic" just because she's a woman, when a man would be considered a "thinker."

This sketch is the perfect riff on the corniness (but addictive style) of Say Yes to the Dress. Although I don't think I could watch an entire day-long marathon of Say Fine to the Shirt.

Stop apologizing for everything! Do it for Amy!

Where do I sign up to have Amy Schumer introduce me to new guys? Or at least write my dating profile bio?

One Direction, err, a "boy band" sings to Schumer on how she is perfect without makeup. That is, until she takes the makeup off. Then they start singing a completely different tune.

More like this
Amy Schumer Is Actually The Other Kardashian Sister You Never Knew About
By Jake Viswanath
Sandra Bullock, Girlboss Extraordinaire
By Matt Harkins & Viviana Olen
Everything To Know About 'Grey's Anatomy' Season 19
By Brad Witter
Britney Spears Met The Weeknd & Sam Levinson, So She May Actually Be On 'The Idol'
By Jake Viswanath
Get Even More From Bustle — Sign Up For The Newsletter