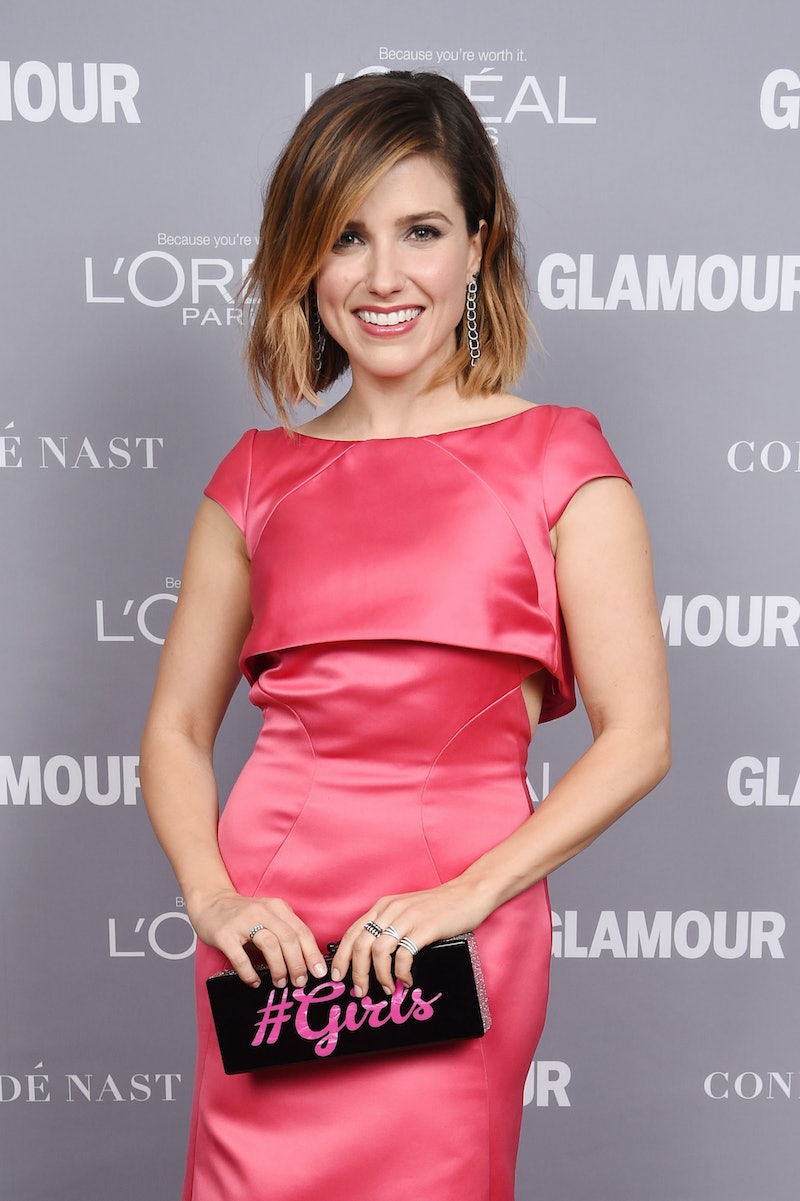 If you thought you were the only one beyond excited for Harry Potter star Emma Watson's feminist book club, you're so wrong. It's really no surprise that Watson's fans, and those who proudly call themselves feminists, are thrilled to have the opportunity to join the actor's book club. I mean, who wouldn't want to? Take a particular One Tree Hill star, who is so ready for the "Our Shared Shelf" club. That's right, the magnificent Sophia Bush wants to be part of Watson's book club. So much so, that she came up with a bunch of name suggestions before Watson selected the now apt title.

Before coming up with quite a few names for the club, Bush expressed her joy for Watson's new venture by tweeting, "Yes please. In." Then, after soccer player for the U.S. Women's team Christen Press replied that she'd also join at the Chicago P.D. actor's insistence, Bush, posted, "I do insist, I do insist!! #BadBitchBookClub #NotTheActualName #ButStill."

After that, Bush's creativity juices started flowing and she tweeted a few name options. Unsurprisingly, they were all great. Watson didn't choose any of them, but that's OK, because the fact that Beauty and the Beast actor got everyone pumped for a feminist book club is fantastic in itself.

With that, let's talk about Bush's name suggestions.

Now that is just clever. I support Watson's choice, but this would've also been great. Bush, you are so freaking creative. Maybe you can come up with the title for my memoir, you know when or if I ever write one?

Seeing as the book club will consist of many female voices (of course men will also be included), this would work as well. This even showcases women supporting other women, which is something there needs to be so much more of. Plus, the fact that it is a take on the He for She campaign, which Watson is a voice for, is also ingenious.

Similar to "She for She" and the He for She movement, this name is a bit more inclusive, and puts a positive spin on the gender equality movement and will make it that much more of a success.

Obviously, Bush was joking when she first used this hashtag in response to Watson's announcement of her book club, but come on, it's a fantastic name. I'd happily join a feminist book club dubbed this.

By the way, Watson is just as ready for Bush to be part of her club as Bush is. She responded to her on Twitter with: "Yes!!!!!!!" and a lot of emojis.