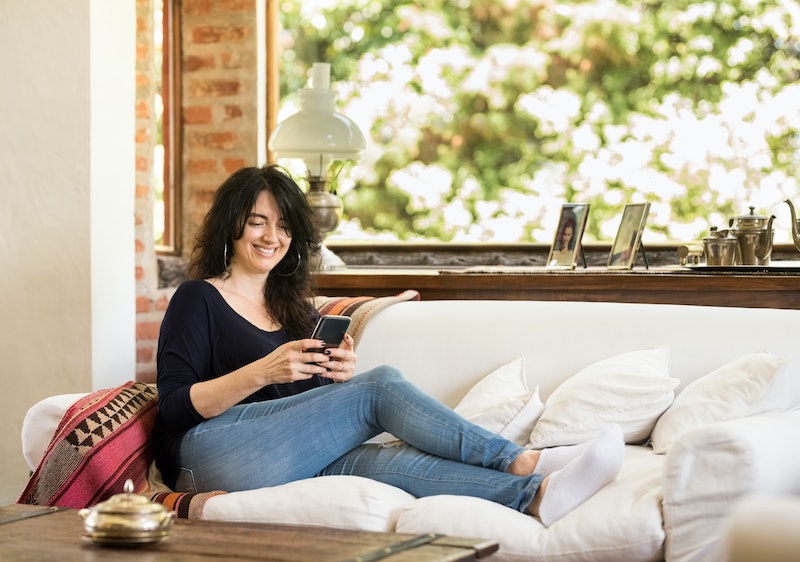 If there's one thing all people want, it's happiness. That said, happiness can be a tricky thing to evaluate, and an even harder thing to acquire. Luckily, there's been a lot of research done to figure out when we feel our happiest, and what factors contribute to the levels of joy and satisfaction in our lives.

Based on findings that people are happiest on Saturday evenings (at exactly 7:26 PM, in fact), Mikael Cho at LifeHacker designed his own happiness experiment: The idea was to determine what actually made him happy, and from there, what exactly about the weekends makes us as a general group so much happier than we are on the weekdays. Over the course of 10 days, Cho tracked what he ate/drank, how much he slept, and "major life events" like parties and dinners with friends. He also recorded a few sentences about how he felt each day, and rated the day's happiness on a scale of one to 10.

Cho's results are pretty interesting. His weekend came in at 7.5/10, which is (unsurprisingly) a margin higher than his weekdays, which averaged out to 6.4/10. Along with his results, Cho shared some sources of happiness he narrowed in on, including "lower work demands, less stress from people, healthy eating, and spending enough time working on a creative task." Factors which lowered his happiness? "Arguments, eating heavy/unhealthy food, and not getting enough done in the day."

Pretty relatable stuff! The universal nature of happiness is fascinating; while we're all different, many of the same things make us happy. Apparently, being happy on the weekend is an experience people share regardless of their work schedule and even if they're unemployed. In fact, findings from the University of Rochester study on the "weekend effect" determined that people felt happier on the weekend largely because "weekends were associated with higher levels of freedom and closeness: people reported more often that they were involved in activities of their own choosing and spending time with more intimate friends and family members." Makes sense!

Here are some more findings on what science says contributes to our happiness:

It sounds simple, but studies show that doing the right thing causes happiness in people. In fact, a study conducted by Michael Steger at the University of Louisville in Kentucky found that "the more people participated in meaningful activities, the happier they were and the more purposeful their lives felt." It makes sense: That buzz you feel after volunteering, or that feeling of warmth you experience when someone you tells you you've improved their day? That's happiness! Interestingly, studies find that donating to charity is also linked to happiness.

Most of us already know that, as adults, we're supposed to average between seven and eight hours of sleep a night. That recommend is no joke: As well as increasing your risk of a stroke, negatively affecting your memory, and raising your risk of developing heart disease, research from the American Psychological Association finds that not getting enough sleep has been linked to problems with mood and relationships. So when it's time for bed, turn off your phone and laptop, and get some sleep! Your mood will thank you in the morning.

Ever feel like your head is spinning by the end of your work day? Experience the sudden urge to burst into tears mid-way through writing a paper? Life can be really, really stressful, and it's normal to feel like you have too much happening in your brain to actually sit back and enjoy your day. Richard Davidson, Psychology professor at the University of Wisconsin, found that meditation may help "shift brain activity" from negative to positive. Further evidence? A study released from Johns Hopkins found that meditation reduces symptoms of anxiety, depression, and pain at a rate similar to that of antidepressants. Of course, keep in mind, that meditation (like anything else) is not a sure-fire "cure" for depression or anxiety, but is "one of the tools" which may help manage symptoms and improve happiness.

A 2011 study found in the Journal of Consumer Psychology, "If Money Doesn't Make You Happy, Consider Time" gets right to the point: the key to happiness is spending your time wisely. In particular, spending time with people who make you happy, and doing things that make you happy, is likely to result in you being happy. I know this seems obvious, but it's important to slow down once in a while and evaluate who we're spending time with and what we're doing: are we excited? Do we feel comfortable? Do we feel like we're gaining from the interaction?

When it comes to your own happiness, it's important to be on the lookout for signs of toxic people or unhealthy work environments that could bring down your mood and mental health. In short: Value time with your loved ones! After all, spending time with your friends can decrease stress and help you experience a greater sense of belonging, two things which likely cause happiness in most people.

So, what did Cho surmise from his experiment on happiness? In short: none of us can alter the schedule world operates on, and we can't control for outside factors in our lives, like losing a job or family emergencies, but that doesn't mean we're destined to be unhappy. As Cho sums up, "the important thing is not the fact that there will be blows, but how you deal with the blows, the successes, and everything in between."