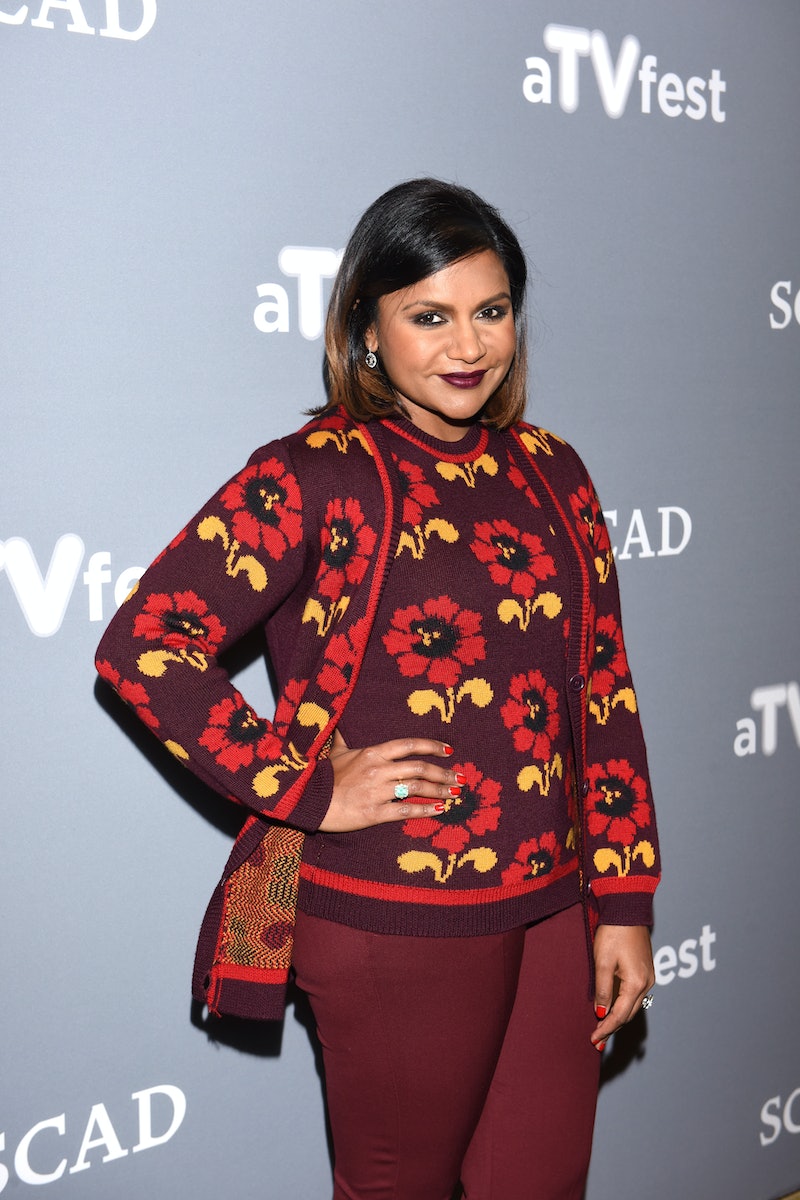 OK, I wasn't expecting that: were you expecting that? Obviously this is going to be spoileriffic so if you didn't see the mid-season finale of The Mindy Project , turn away now. For those of us that did experience the eternal joy that it was: commence emotionally satisfying freak out. SIHFISUFHiaudhbgd svbdufhaiuhI AUHSAS NKJFNSFH. It happened. IT. HAPPENED. Dr. Danny Castellano finally admitted to himself his own feelings and planted one right on Dr. Mindy Lahiri. And, hoo lawd, was it satisfying.

After a week in Los Angeles, tensions were high for the duo as Danny kidnapped Mindy and brought her to confront his deadbeat father. After a comedy of errors, the duo end up on the plane back to New York, but after a bumpy bit of turbulence (the man really isn't a great flyer, is he?), he realized that he had feelings for Mindy and ran to the back of the airbus and confessed his feelings through lip lock. It was dazzling! It was amazing! It made my heart soar and my brain happy. But does this mean the will-they, won't-they couple are fated to come together at long last? Not so fast, my friends.

But, but, but: LOOK! You say. And girls (and guys), trust me, I know. I was overcome with the swoonies on this one just as much as the rest of you (I mean, I've been a fan of Chris Messina's mouth for years), but these two aren't kids anymore, and making out all willy-nilly isn't necessarily the best way to start a relationship, regardless of how hot the lip-lock was:

There are many good reasons for the two to get together, but also plenty as to why they maybe shouldn't.

Her relationship with Cliff may not have much to show for it yet, but the two were really cute together. Mindy realized she didn't have to settle for the Skater Man or other incompatibles, and honestly: Cliff seems like the first guy that's genuinely liked her for her. Frankly, Mindy needs to explore that. And her break-up realizations are a good thing, even if Cliff was a bit extreme for breaking it all off (trust issues are real). I really think this relationship deserves to play out a little bit longer: if not for the sake of her own self-improvement and emotional growth in relationships, then for the stepping stone it is to prepare her for the seriously real relationship that she could have with Danny.

I love Danny, I really do, but he is in no way ready to be in a relationship. Right now, if anything, he's an emotional succubus. In the course of the series he got back together with his ex-wife that he was in no way over, changed everything about himself for her, broke up with her again, dated a bit, and then — oh yeah! — had his daddy issues pushed right to the forefront. Danny has a lot of feelings, and he's clearly reeling from them. That's not to say his feelings are rash and unfounded — quite the opposite — but he's also wounded right now: I mean how else could you explain the completely insane behavior he displayed last night? Lying to Mindy, kidnapping her, getting drunk and lost in the woods? Danny is in need of a good friend, not a girlfriend, right now.

They Already Have a Good Thing Going

Both Mindy and Danny could do to have a stable male/female friendship for once in their lives. Both seem to be serial monogamists incapable of relating to the men and women in their life outside of the guise of dating. Perhaps what these two really need are to be each others' buddies. Everyone needs an opposite sex sounding board, let's be real.

For everyone out there living vicariously through the romantic dealings of Mindy and Danny, there need be only one case made for why the two should just make it official already: They have chemistry! They really care! And that kiss was really quite something. Who gives a shit about all this other stuff, right? Emotional pay-offs are so much better than the other kinds. And who isn't a sucker for a romantic happy ending? Damn you, Hollywood!