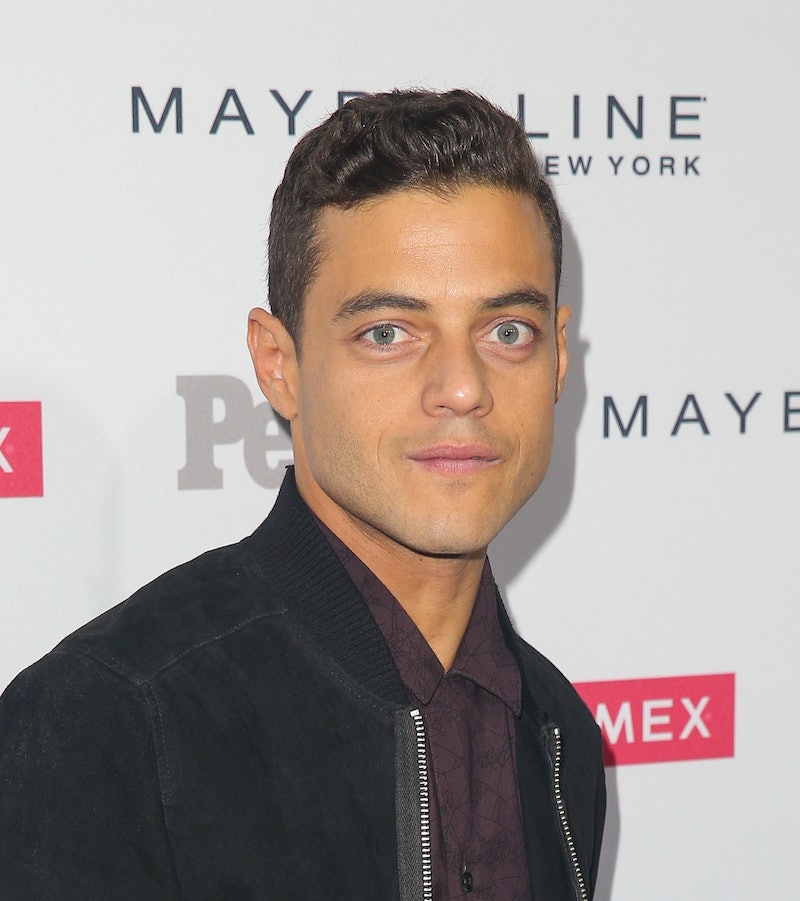 When Mr. Robot first premiered on USA Network, I don't think anyone expected it to be as big of a hit as it is. I mean, it did score a Season 2 renewal before even the first episode aired, but still. Upon tuning in, I wasn't sure what to expect from the series, and like most viewers, I was blown away by the content, the portrayal of mental illness, and, of course, Rami Malek's performance. Now, he is considered a phenomenal actor who is nominated for both a SAG Award and a Golden Globe. With the Golden Globe Awards this coming Sunday, I'm sure Mr. Robot fans are excited to see Malek and are hoping he wins. They also might even be wondering about his personal life. Will he walk the red carpet with someone? Most importantly, is Rami Malek single?

There's no doubt that thanks to his portrayal of Elliot Alderson Malek is now considered a heartthrob. If you're a Mr. Robot fan, don't even try to tell me you aren't or haven't at one point in time crushed hard on the actor. I totally have, and I'm not afraid to admit it. Whether it's those captivating eyes, his acting talent, that he once starred in an episode of Gilmore Girls (for real!) or the fact that he makes this Mr. Robot Season 1 gag reel beyond enjoyable, you can't help but fall for the 34-year-old actor.

As much as I wish I could give you some hard facts about his dating life, I can't. It appears that when it comes to Malek's personal life, well, it's kind of been kept on the down low. Now, if that's been done on purpose, I don't know. However, I do know that I'm now even more intrigued about his status, because I can't really find anything about whether or not he is currently seeing someone.

However, he was previously linked to Twilight: Breaking Dawn — Part 2 actor Angela Sarafyan in 2012. There is no solid evidence if they really dated, but people probably connected the two because they starred in Twilight together. Before that, Malek was spotted holding hands with a mystery woman in 2010, around the same time he was filming Larry Crowne.

If he is dating someone, well, don't be too disappointed, because he has a twin brother, Sami Malek. I know, I know, they're not the same person, but just putting that out there.

Other than that, there isn't much on the "who Rami Malek is dating" department. With the Golden Globes coming up, maybe he'll dish about his love life and/or bring someone to the show and walk the red carpet them!

More like this
Penn Badgley & Leighton Meester Met On A Horror Movie Set Before 'Gossip Girl'
By Jake Viswanath
50 Years After Creating Her Alter Ego, Angelyne Is Still Driving That Pink Convertible
By Gretchen Smail
Oops! The 'Stranger Things' Monopoly Game Has Spoilers For Season 4
By Alyssa Lapid
Yes, Billboard Queen Angelyne Really Ran For Governor Of California
By Brad Witter
Get Even More From Bustle — Sign Up For The Newsletter