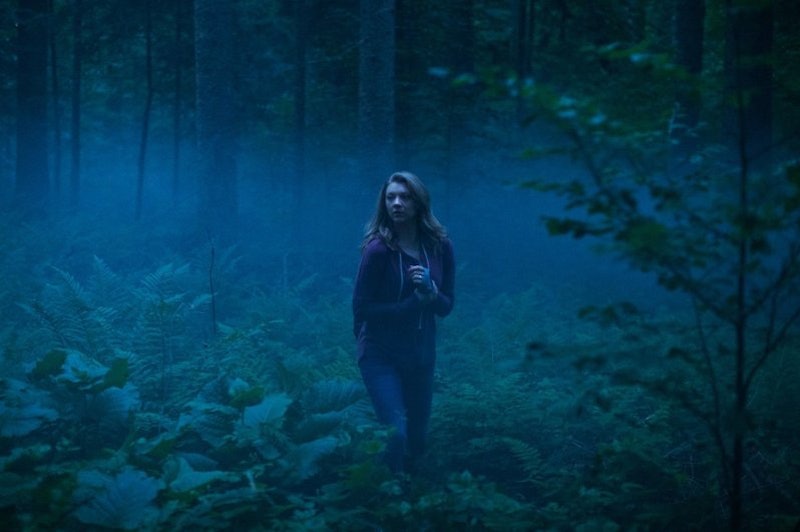 In the new horror film The Forest, Game Of Thrones star Natalie Dormer portrays Sara, a woman who goes to Japan in search of her twin sister. But her sister didn't get lost among the hustle and bustle of Tokyo. Oh no, she ventured into the so-called suicide forest, a place where people go to end their lives. And once Sara herself steps into the forest, she experiences ghost sightings and other paranormal happenings. Sounds pretty scary, right? But the most frightening thing is that The Forest is based on a real place. So what happens in the real suicide forest?

The real-life suicide forest is called Aokigahara, and it sits at the base of Mount Fuji (both details that are also in the movie). And a lot of people do indeed go there to kill themselves, usually by way of hanging or drug overdose. At least 247 people are estimated to have tried to commit suicide in the forest in 2010 alone, with 54 of them going through with it. In 2002, 75 dead bodies were found in the forest. In 2003, 105 corpses were discovered. Suicide is such an issue that numerous signs have been placed around the forest which attempt to dissuade lost souls with death on their mind. One such sign reads, "Your life is something precious that was given to you by your parents," while another says, "Meditate on your parents, siblings and your children once more. Do not be troubled alone."

The forest is extremely dense and has very little wildlife, two factors that combine to make an eerie quiet within, leading some to believe that this stillness is what drives people to take their own lives. Others believe the trend began after the publishing of the 1961 novel Nami no To (Tower of Waves), by Seicho Matsumoto. The book's heroine goes into Aokigahara at the conclusion of the book and kills herself, and that came across as a romantic death to some people. But even though the book may have inspired some people to commit suicide in the forest, it's thought that people were doing so long before the novel was written. Aokigahara is traditionally thought of as a place where ubasute was practiced, going back to at least the 19th Century. Ubasute was the alleged Japanese custom wherein an old or sick family member was left in a remote area to die as a means of euthanasia.

But suicides are only half of the story depicted in The Forest; there's also the matter of ghosts. As it turns out, Aokigahara also has a very old reputation as one of Japan's most haunted places. The forest is believed to be inhabited by yūrei — Japanese ghosts. According to Japanese folklore, a person's soul becomes a yūrei if they die by violent means or with bad thoughts in their head and the correct funeral rites are not administered afterward. Death by suicide in the isolated Aokigahara Forest meets all three of these criteria, so it's no wonder the place is said to be crawling with disturbed spirits.

So even though The Forest looks to be a pretty scary movie, it doesn't compare to the real Aokigahara, where likely thousands of individuals took their own lives — and whose restless spirits may continue to roam its quiet confines.