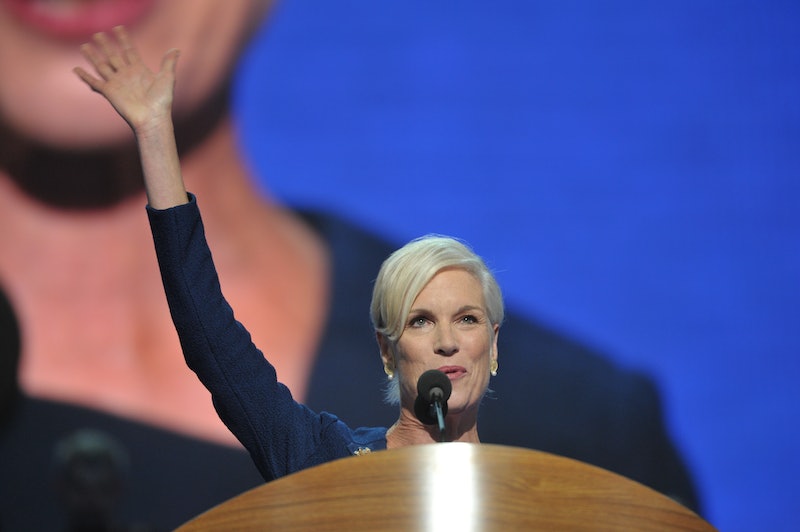 In response to Planned Parenthood's announcement, Clinton expressed her appreciation and reiterated her support for the health organization on her Facebook page, writing:

Yesterday was a preview of what would happen under a Republican president. Every single GOP candidate would defund Planned Parenthood. I'll take on Republicans or anyone who tries to interfere with women's health. Proud to have Planned Parenthood Action's support in this important election.

Following the House's 240-181 vote to pass the legislation on Wednesday, Clinton also wrote a response on her website, calling the vote "a jarring reminder of what's at stake in 2016":

A year from now, a new president will be sworn in. If that president is a Republican, today's votes would have had a very different outcome — because every single Republican running for president wants to repeal the Affordable Care Act and defund Planned Parenthood.

The only way to save the health organization, which offers a wide range of important, life-saving services to women, Clinton writes, is to elect a Democratic president. While Planned Parenthood needs a Democratic president in office in order to make sure bills like this aren't written into law, Clinton relies on Planned Parenthood to appeal to women, a crucial demographic in her campaign. The relationship between the two has long been symbiotic and mutually supportive.

Last April, Richards tweeted her praise for Clinton's "commitment to women's health & rights" while, in August, Clinton delivered a clear statement on her support of the health organization. Amid the controversy caused by undercover videos purporting to show Planned Parenthood officials talking about selling fetal tissue, Clinton released a video in which she says:

I'm proud to stand with Planned Parenthood, I'll never stop fighting to protect the ability and right of every woman in this country to make her own health decisions.

Clinton will officially accept the endorsement on Sunday in Manchester, where a woman who detected her breast cancer at a local Planned Parenthood center is expected to tell her story.