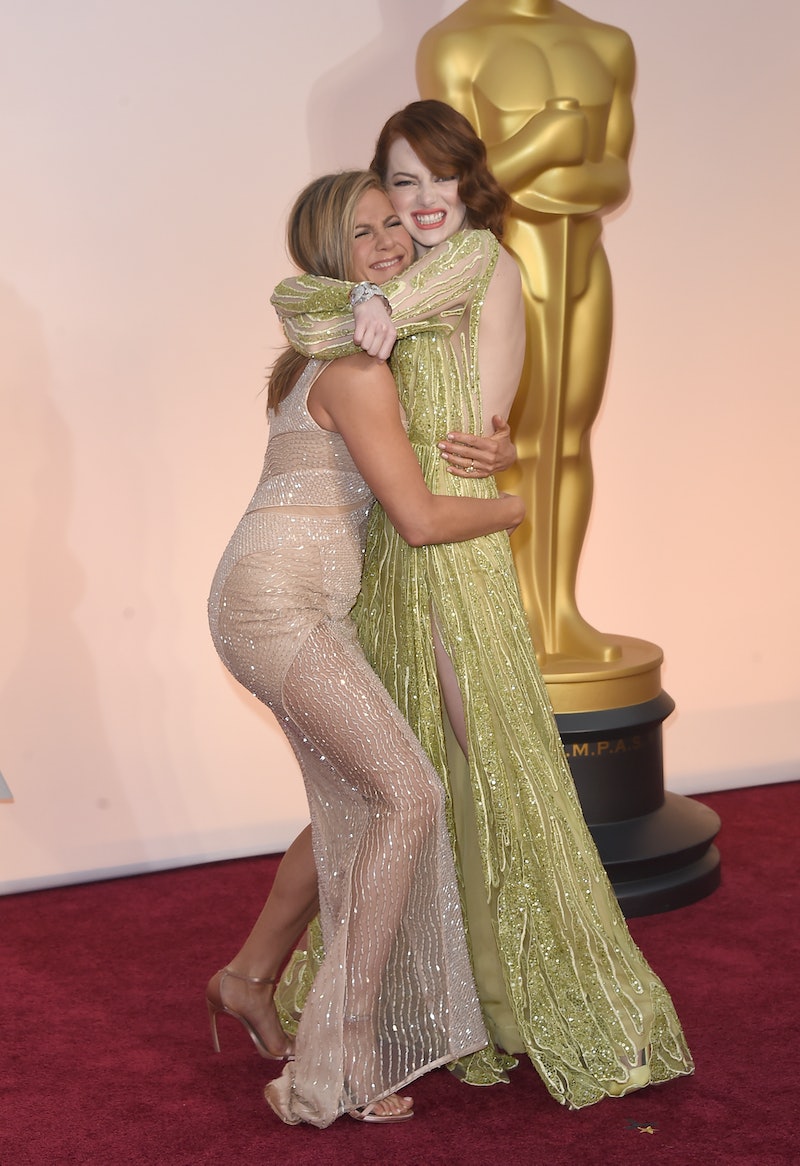 The way I see it, awards shows are a lot like cherished holidays: eagerly anticipated and over way too soon. That's why it's important to make the most out of each and every ceremony while we can before the music plays us off the proverbial stage. So now that the People's Choice Awards and Golden Globes have had their moment in the spotlight, it's time to turn our attention to Hollywood's most prestigious night of the year — the Academy Awards. But when are the 2016 Oscars, exactly? The big event is scheduled to air on Feb. 28 at 8:30 p.m. (ET) on ABC. And even though we still have a few days before the 2016 Oscars nominations are revealed, that doesn't mean we can't start planning a few fun activities to make the evening even more enjoyable, regardless of who wins or loses.

The ceremony, which will be hosted by Chris Rock this year, is meant to honor and recognize the many achievements of the film industry throughout the past year. So why settle for simply watching the proceedings from your living room when you could take things to a whole new level? Still not sure why I'm talking about? No worries. I've taken the liberty of providing a few ideas below that could help transform your Oscars experience into your very own red carpet affair.

Usually I would use the word "party," but this is the Oscars that we're talking about here. A soiree sounds super fancy and the only thing that would suffice. So round up all your favorite movie buffs and throw the classiest shindig you can think of. And while themes and costumes aren't mandatory, they are definitely encouraged. (Perhaps ask everyone to come as their favorite character nominee?) Either way, it's bound to be a night none of you will soon forget. (Also, can I come?)

Start Your Own Oscars Fantasy Draft

You don't need to be a football fan to get into the fantasy draft game. And there's no better way to elevate the suspense of who wins or loses if you yourself are invested in the outcome. May the best film guru win.

Not only could the right hashtag earn you a few new followers, but it's also the perfect platform to air out any grievances you may have throughout the evening. After all, there's nothing that brings people together better than award show drama.

Re-Watch Clips From Years Past

I mean, what better way to get pumped for new award show memories than to look back on old ones?

Write Your Own Acceptance Speech

Because, hey, you never know. Someday your name could appear on that envelope.