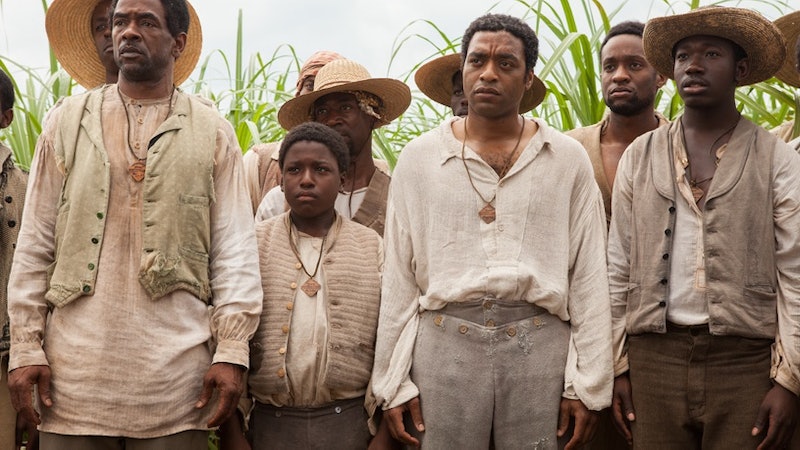 The Golden Globes are on Sunday, Jan. 10, and the awards ceremony that honors both TV in film is seen by many as a harbinger of what movies could be honored at the Academy Awards, which take place this year on Feb. 28. Since the nominees for the Oscars won't even be announced until Jan. 15, all eyes will be on the Globes for an idea of what to expect at the more prestigious awards ceremony to follow, but should they be? Do the Golden Globes predict the Oscars for Best Picture?

The answer isn't as straightforward as you might think. For one, the Academy Awards have been around a lot longer than the Golden Globes have. By the time the Globes premiered in 1941, the Oscars were already in their 14th year. Further complicating matters is the fact that, since 1951, the Globes have honored two films as Best Picture: One in the Drama category, and one in the Musical or Comedy category. This means that every year the Globes essentially has two shots at correctly guessing who will win Best Picture at the Oscars, yet they still don't always get it right.

If you take a look at the decades starting in the 1940s when the Globes began, you'll notice that there some ebb and flow as to whether or not the Golden Globes can accurately predict the Oscar winner for Best Picture. The two ceremonies saw the same winner just five times in the 1940s, before the Globes changed their format. Then in the '50s, that number climbed to seven with the Globes new policy in place, and then climbed even further in the 1960s, when the Globes predicted the Oscar winner for Best Picture a whopping nine times. In fact, the two ceremonies featured the same film winning Best Picture every single year from 1956 until 1968. But then in the '70s, things changed.

The number of films that took home Best Picture at both shows dropped back down to five in the Me Decade, its lowest point since the Globes switched to the two picture format. The Globes seemed to have found more of a distinct voice for themselves... until the 1980s anyway, when the number of identical winners climbed back up to eight. The '90s more or less kept pace, with seven mutual Best Picture winners, but things got weirder than ever in the 2000s.

The new millennium once again saw only five Golden Globe winners go on to win Best Picture at the Oscars. Strangest of all, the Best Picture winner at the Oscars in 2005, Crash, wasn't even nominated for a Best Picture award at the Globes. But in the current decade, the trends seem to have once again bounced back as they always have after an off-decade, and there have already been three mutual winners here at the midway point of the decade.

All told, in the 72 years in which both ceremonies have taken place, the Golden Globes and the Academy Awards have awarded the same film Best Picture 49 times, meaning that the Globes are right about two-thirds of the time. They're not a perfect predictor by any means, and anything can happen, but more often than not the Golden Globes do indeed accurately predict the Best Picture winner at the Oscars.

More like this
Anya Taylor-Joy Might Be Engaged To Her Musician Beau
By Jack Irvin and Sophie McEvoy
Kimberly J. Brown & Daniel Kountz Looked Back On Their ‘Halloweentown’ Romance
By Stephanie Topacio Long
All The Sneaky Lindsay Lohan Movie Easter Eggs In Her New Ad, Explained
By Stephanie Topacio Long
The 'Hocus Pocus' Sequel Finally Has A Release Date & It Makes Total Sense
By Shannon Barbour and Radhika Menon
Get Even More From Bustle — Sign Up For The Newsletter