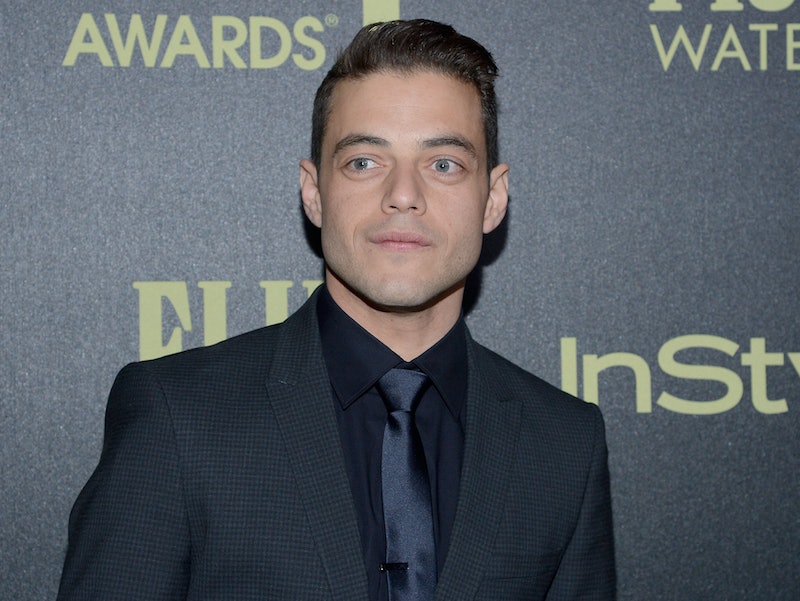 It was an emotional night for Mr. Robot fans who hoped that the show could hack the Golden Globe Awards. Unfortunately, the USA series had a bittersweet on Sunday night. While Christian Slater took home a trophy for his supporting role, Rami Malek was snubbed for the Golden Globe for Best Performance By An Actor In A Television Series — Drama.

His nuanced, quiet, captivating performance as Elliott in Mr. Robot was one of the breakouts of 2015. Praise has been rolling in. Malek was also nominated for a Screen Actor's Guild Award this year. Both the show, and Malek in it, remind me a bit of Jon Hamm when Mad Men first debuted in the role of Don Draper. It seems as if Mr. Robot has creeped up on us, and spread in popularity by word of mouth and/or the internet. I'm not going to compare it to a virus that's too corny. You can't make me!

The young actor was nominated alongside heavy hitters John Hamm, Bob Odenkirk, Liev Schreiber and another relative newcomer from Narcos, Wagner Moura. His nomination is one of several that make the Golden Globes television awards particularly diverse this year, which is another one of the reasons why Malek was a favorite to win in his debut nomination. Ultimately, the award went to Jon Hamm, his second after winning for Mad Men's first season.

It's a shame, especially after newcomers like Rachel Bloom had such big nights. However, if Hamm's win proves anything, it's not too late for Rami Malek or Mr. Robot — which has already been renewed for a Season 2. His day will come!