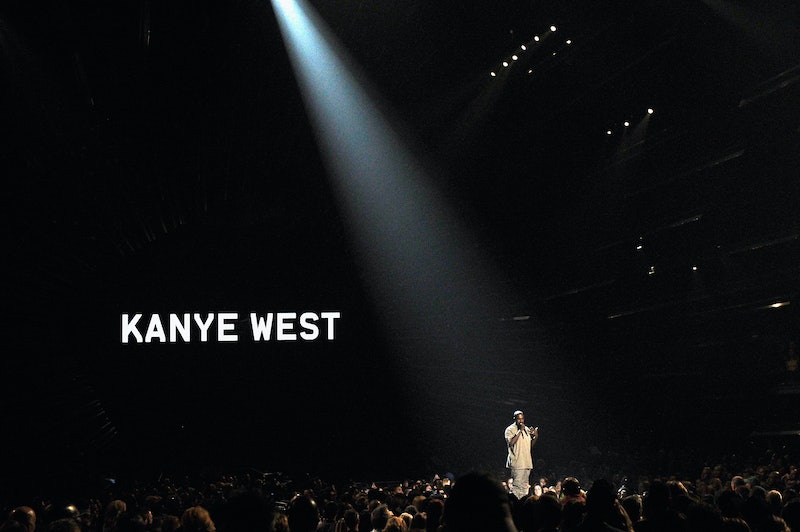 On Friday, Kanye West dropped, "Real Friends" & "No More Parties In LA (Snippet)", but it seems like even Kanye got a little too excited about it because he promptly removed the songs from SoundCloud. As it turns out, there was something wrong with the original version, and the newer, better version is within our grasp. It's no surprise that demand to hear West's latest music was so overwhelming, as previous album, Yeezus, was released back in 2013. A new album from the rapper is long overdue, and news via wife Kim Kardashian West on Twitter that he'd be sharing a new song every Friday meant that the world was primed for new Kanye West music, and more than a little overexcited. But what is "No More Parties In LA" about?

While the first half of the track, "Real Friends," deals with the theme of friendship, and what happens to your relationships when you become famous, "No More Parties In LA (Snippet)" has a totally different soulful sound. The clip from the second song is short, but it's great to get a taste of West's forthcoming music, and what we can expect from album Swish. "No More Parties In LA (Snippet)" features Kendrick Lamar, and includes the refrain, "No more parties in LA, please baby no more parties in LA." West basically begs whoever he's speaking to not make him go to any more parties in L.A., and I imagine he gets a lot of real-life invites.

While there's only a snippet of the track available so far, it sees West discuss Hollywood culture, and the party scene in LA. West's lyrics include the lines, "Hey baby, you forgot your Ray Bans, and my sheets still orange from your spray tan," hinting at the high maintenance lifestyle him and his "baby" are living. Referencing his partner's fake tan is a clever way of discussing how people project false versions of themselves to the world, but at home, the truth is revealed, and the proof has marked the sheets.

It seems likely that the rest of "No More Parties In LA" will discuss just that — the all-consuming party culture, and need to make appearances at the right parties when you're famous, or trying to be. It also shows a movement towards a home life, and wanting to be away from the paparazzi and the crowds. As speculated, maybe this track, and others, will reference his life with Kim Kardashian West?

While everyone waits for Kanye West to release more music, I'll just be sitting patiently over here listening to "Real Friends" and "No More Parties In LA" on repeat like a boss.