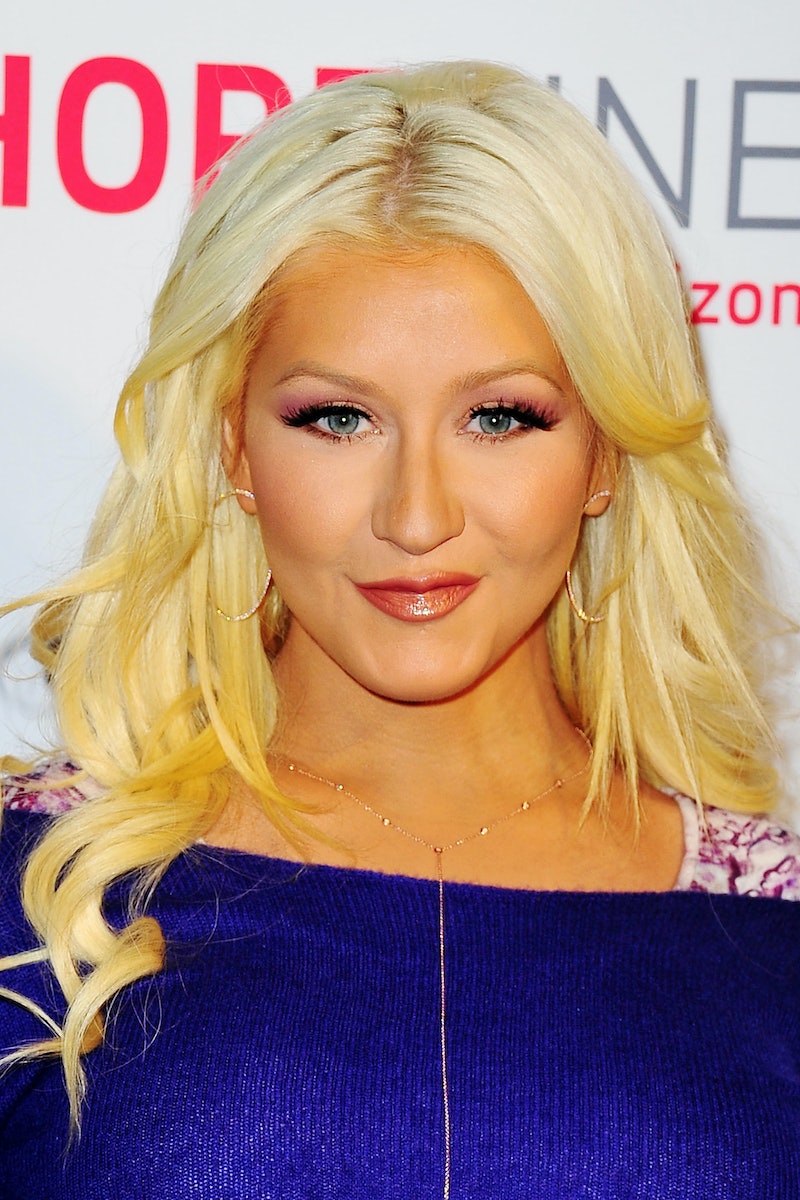 It's been over three years since the release of Christina Aguilera's last album, Lotus, and her fans are anxious to hear something new. In October 2015, the 35-year-old diva told ABC News that she hoped to have her next LP out "around the time" she begins filming live episodes of Season 10 of The Voice (which premieres in February), but we haven't received an update since then. Hopefully, she still plans to stick to that time line! So, what can we expect from the "Genie In a Bottle" hit-maker's upcoming material? What will Christina Aguilera's new music sound like? We just received our first clue: The New York Times reports that Aguilera expressed interest in a song written by Julia Michaels and Justin Tranter — aka pop music's hottest songwriting team.

According to the Times' new profile of Michaels and Tranter, which was published Thursday, the pair began working together in 2013 — and they've quickly built up an impressive résumé of hits. For example, in 2015, they co-penned tunes like Selena Gomez's "Good For You," Justin Bieber's "Sorry," and Hailee Steinfeld's "Love Myself." Recently, the've been in the studio with pop superstars like Britney Spears and Gwen Stefani! They're definitely an in-demand duo.

Though she rarely gets credit for it, former Pussycat Doll Nicole Scherzinger has a big voice. (Obviously, she and Aguilera have that in common!) Xtina definitely has the range to pull off an intensely emotional song like "Run."

Gwen Stefani — "Used To Love You"

With Michaels and Tranter's help, Stefani was finally able to come up with a comeback single worthy of her considerable talent. Will Aguilera be next?