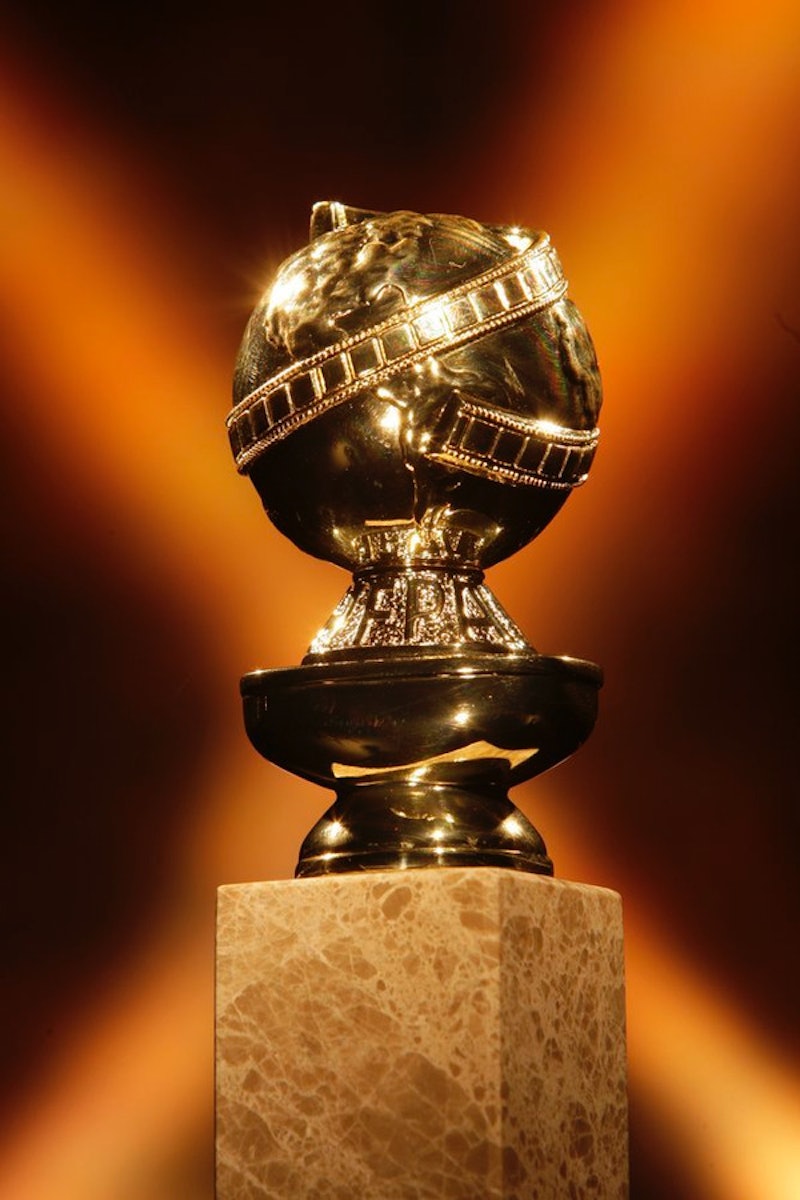 The most antic-filled major awards ceremony you're likely to see this year will air on Jan. 10, 2016 with frequent host Ricky Gervais. And if you want to watch, in addition to the date and time, you'll need to know what channel the 2016 Golden Globes are on. It's actually fitting that the loose, off-the-cuff ceremony that mocks Hollywood as much as it celebrates it has a home on NBC, because the network's affinity for comedy programming makes it the "class clown" of TV. At least, when you compare it to the often family-friendly content on CBS or The CW's angsty, clever teenager of a channel. In fact, anyone familiar with the sight of celebrities sipping on alcohol while Gervais delivers sharp jabs may have already guessed that the Golden Globes will air on NBC, because the network and awards show share a long history.

It's not that the Golden Globes show any favoritism towards NBC, as networks must pay for the rights to air awards shows each year, and it's all just business. NBC doesn't even have any series nominated for the 2016 awards. However, there were years when the Golden Globes both aired on NBC and gave out statues to some of the network's series. Here's a brief history of the two.

When it comes to drama series, NBC doesn't seem to have a lot of success getting noticed by the Hollywood Foreign Press Association. While the competition has been incredibly steep, NBC hasn't managed to garner a nomination for Best Drama Series in a full decade. Their last drama series nomination was for the first season of Heroes in 2006. Their last win was at the turn of the century when The West Wing took the award for Best Drama Series in 2000. Despite having long-running cultural touchstones like the Law & Order series in addition to critical darlings like Hannibal, it seems that success in the drama department has managed to evade NBC.

NBC is much better known for its comedy offerings, so surely it is absolutely swimming in comedy awards, right? The network has won the Best Comedy Series award 10 times since 1978, and has been nominated a whopping 69 times. Behind those are ABC's 40 nominations, and CBS' 28. From 1995 to 1997, NBC comedies made up at least four of the categories' nominations each year. Shows like Frasier, Friends, and Seinfeld made it a comedy juggernaut.

In recent years, NBC's comedy stock has lessened — it seems that the Hollywood Foreign Press Association all but ignored Parks and Recreation during its run, and the series only had three nominations for Best Comedy Series since 2010. In fact, the last time an NBC show won Best Comedy Series was 30 Rock in 2010.

The HFPA seemed to adore 30 Rock, as it consistently garnered nominations throughout the majority of its run on television. In addition to the series' win in 2008, stars Alec Baldwin and Tina Fey won multiple awards for their performances. Fey won two Golden Globes for Best Comedy Actress in 2008 and 2009, while Baldwin took home the prize for Best Comedy Actor in 2006, 2008, and 2009.

30 Rock seemed to be NBC's last great comedy award-winner (according to the Golden Globes), as the network's prevalence in the award ceremonies has since dwindled greatly. Although, the same can be said for all traditional networks. All of the Golden Globe nominations for Best Comedy Series of 2015 come from one of four sources: Netflix, Hulu, Amazon, or HBO. Not a single traditional network garnered a comedy nomination — so perhaps it's not NBC that is changing, but television overall. One thing that won't be changing anytime soon, however, is NBC being the go-to place for all your drunken celebrity needs at the Golden Globes