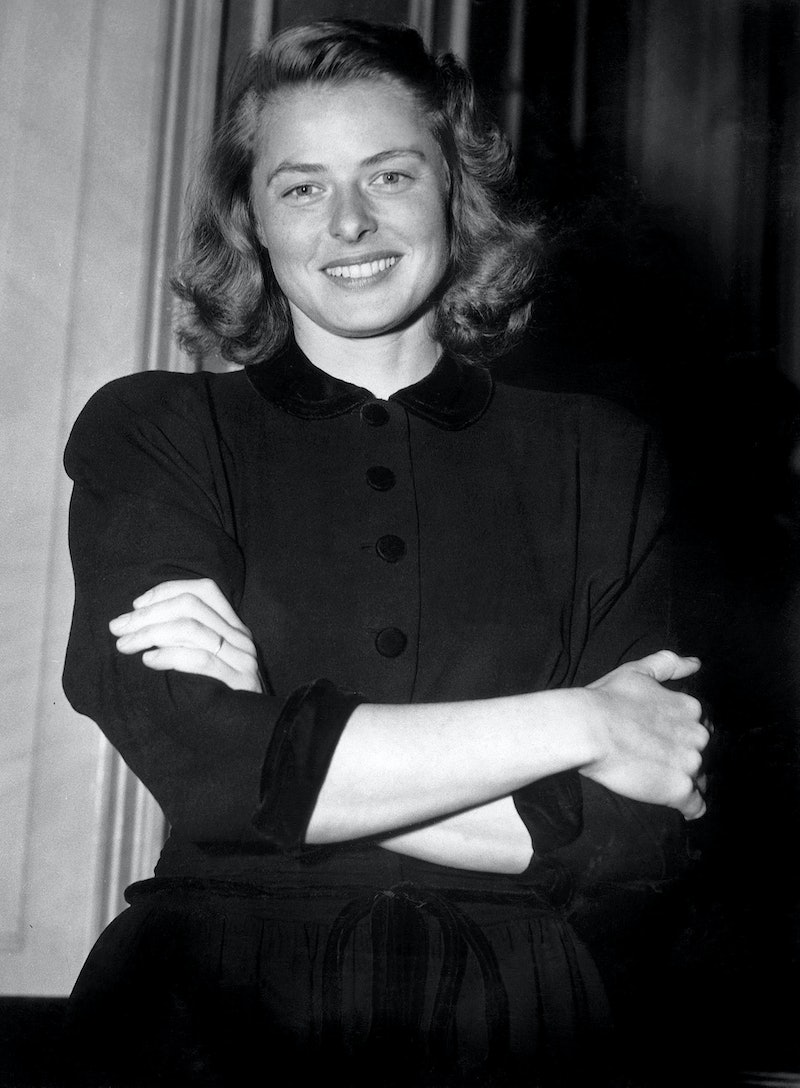 The glamour of Old Hollywood is something that never ceases to amaze me. From the breathtaking, black and white imagery to stars' old-fashioned, transatlantic accents — even just use of the word "pictures" instead of "films." Dreamily, my thoughts of the Golden Age of Hollywood (roughly the 1930s -1960s) exist with romantic, blurred edges — a wistful nostalgia for a period of time that I will never live in and exists in my mind as purely idyllic. But take those rose-tinted glasses off, and I am well aware that behind the perceived glamour of this time was a Hollywood teeming with sexism. And based on Old Hollywood stars' surprisingly feminist quotes, the actors weren't just aware of it — they were challenging and critiquing it.

In the Hollywood of today, there is a notable movement to end sexism within the industry (and in society as a whole). With examples like Jennifer Lawrence's wage gap essay and the #AskHerMore movement, which seeks to encourage red carpet reporters to ask famous women about more than just their fashion, stars are frequently speaking out on the dichotomy between men and women, and having their actions honored and supported by fellow celebs and the media alike. But it's important to note that even back in the days of Old Hollywood, women were taking a stand. Whether they asserted their feminism boldly or subtly doesn't matter, they were still challenging patriarchy in a time in which it was much more difficult to do so. And their quotes should be celebrated.

"Forty pictures I was in, and all I remember is 'What kind of bra will you be wearing today, honey?' That was always the area of big decision — from the neck to the navel." Preach, Donna Reed.

"You know, there's nothing damnable about being a strong woman. The world needs strong women," Ginger Rogers once said. "There are a lot of strong women you do not see who are guiding, helping, mothering strong men. They want to remain unseen. It's kind of nice to be able to play a strong woman who is seen."

"I am a woman meant for a man, but I never found a man who could compete." — Bette Davis

"I still think it's possible to make a success of both marriage and career, even though I didn't." Clearly, Barbara Stanwyck believed that women could "have it all."

"Until 45 I can play a woman in love. After 55 I can play grandmothers. But between those ten years, it is difficult for an actress." — Ingrid Bergman, gettin' real about roles for women.

"There is more to sex appeal than just measurements," Audrey Hepburn once said. "I don’t need a bedroom to prove my womanliness. I can convey just as much sex appeal picking apples off a tree or standing in the rain." Slay those unrealistic body standards.

"I don't want to be married to someone who feels inferior to my success or because I make more money than he does." — Grace Kelly

As glamorous as it is to watch these women on the screen, it is their strong backbones — and even stronger quotes on feminism — that truly make them heroes.