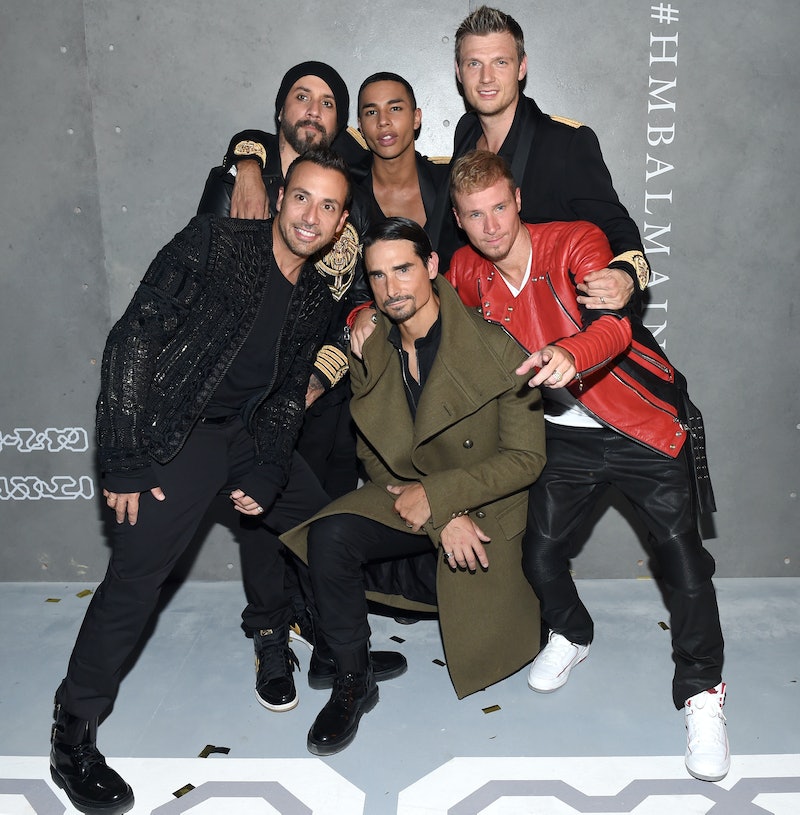 I was but a mere babe in the '90s, but who's to say people of any age can't experience heartache on some level? The first time I truly felt the lightest shades of what would years later deepen into actual heartbreak was at summer camp, circa 1998. The particulars are irrelevant — all that's important is that that the aftermath propelled me into a cartoonish sense of heartbreak, the sort of weird anaphylactic shock not uncommon to tweens who've taken an unexpected interest in the radio's brand of singer-songwriter heartbreak. Luckily for all of us who grew up during the decade, though, there were tons of '90s songs that were perfect to listen to when you had a broken heart.

Every time I hear one of these songs, I remember exactly what it feels like to feel heartbreak in the '90s. That's not to say there weren't astounding numbers of great things about the '90s worthy of most of the Internet's percentage of listicles, but, pop music and crimped hair and frosted lip gloss be damned, the decade also brought its share of heartbreak.

In honor of your love life in the '90s — for better or worse or non-existent — here are the songs that marked the end of your year by year '90s relationships... and the scenarios that ultimately led to their demise.

Sinéad O Connor — "Nothing Compares 2U"

Your schoolyard crush vaguely resembles Dylan McKay from Beverly Hills, 90210, but when he shows up to homeroom one day rocking parachute pants à la MC Hammer, you can't shake the notion that all of his swag is totally derivative: He's more of a fraud than Milli Vanilli's Best New Artist Grammy. The next time he beeps you, you call from a payphone to tell him it's pretty much over, and could you have your Gameboy back?

In spite of his cute bowl cut and enviable taste in acid-wasted jeans, you've been growing apart since you called him out for that Kelly Kapowski poster taped to his locker. Just as Terminator 2 is released, you guys are over faster than you can say “hasta la vista, baby.”

After you fail to make it to the post office in time to submit the VHS of his audition tape for MTV's debut reality show, The Real World (which he obviously would've been in), you've had one too many bad hands at M.A.S.H. and decide you can't actually stomach living in a shack together with 12 kids and a Ford Pinto.

Whitney Houston — "I Have Nothing"

Not only is he not down to "Sleepless in Seattle" at the Empire State Building with you, but it seems like the only thing you two have in common is your mutual tolerance for Bill Nye videos in science class. Just as Zach and the gang move on from Saved by the Bell, so, too, do you.

Glued to the O.J. Simpson trial, he can't bring himself to bike over to your house for your birthday. So you take to making angsty collages with glitter glue and Magic Marker from pictures you printed out on your dad's Windows 95.

He pages you to let you know the two of you should really talk, then makes you give back his Tamagotchi, which is just as well because you would've probably have killed it, anyway. He does gift you a sick Beanie Baby as a consolation prize, and for one strange week in 1998, it might've sold for $3,794. (Its current retail value as of 2016 hovers at approximately $7.99.)

He takes you to a matinee of Titanic. You lose your mind during the last 20 minutes and forget you're really there to make out. He IMs you to let you know it's over, then proceeds to write a cryptic away message for those on his buddy list to misinterpret.

Your relationship lasts slightly longer than Carmen Electra and Dennis Rodman's nine-day marriage, but it soon sails right past your pretty little head (crimped hair and all): Your friends just started a Spice Girls cover band and you get to be the Posh.

He throws you a folded note during Social Studies relating how Y2K is coming and he can't spend his last waking moments with you. It's fine; you still have all his Pokemon cards. Deuces.

Wow, who else really misses the '90s in a really sad way, now?