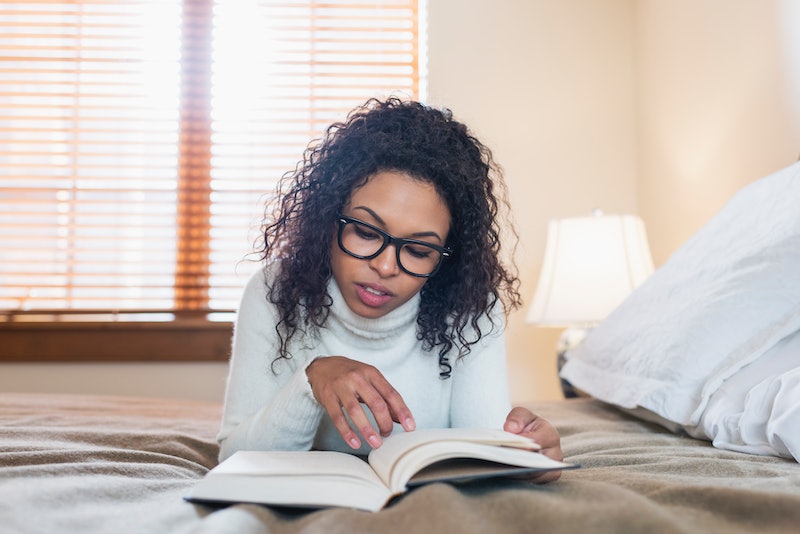 I just came across a lesson from a seminary teacher on Imgur that made me seriously concerned about the sexist lessons taught in schools in the United States and throughout the world. The presentation features a slide about how women should dress in the form of a poem — that's right, a poem — about men's inability to control their urges around scantily clad women. It reads:

I hope you won't tempt me

Or taunt me and tease me—

Whatever you show me

I'll think I can touch—

So if you don't want that

Then don't show me much.

How do I begin to describe what is wrong with this message (aside from the bad poetry)? First of all, given that it takes place in a seminary that presumably wants to instill Christian values in everyone, its attempt to excuse the behavior of men who look at or touch women inappropriately is hypocritical.

Secondly, by claiming that men cannot help but objectify women, the lesson itself objectifies women. As a video by Mic's Flip the Script points out, boys often don't notice what girls are wearing as much as teachers, school administrators, and parents do. And, of course, this poem fails to acknowledge that the responsibility for sexual harassment, like any other crime, should be solely on the perpetrator.

If you have trouble believing that this lesson even exists, check out the photo below:

Yikes! But this is not terribly out of the ordinary given all the problematic messages taught in schools these days. Here are a few more examples of how schools instill sexist values from a young age:

The posters read "a night to protect her character," as if a woman's character is diminished when she has sex, and pictures a dress promoting gender-stereotypical qualities like "shy" and "quiet."

Never mind the fact that this is total rubbish. The state's laws also require sex education classes to teach that the best way to avoid STIs is “a mutually faithful monogamous heterosexual relationship in the context of marriage."

An NYCLU report on sexism in sex education (scroll to page 45) exposes a flier used in sex ed classes analogizing women to chemical elements, saying that the "woman" element "explodes spontaneously without reason or warning" and "reacts well to gold, platinum and all precious stones."

In a poorly written handout, students were told, "Often there are many stereotypes attached to being male or female. Yet male and female together keep our species alive! Through knowing and appreciating the many similarities in brain development and psychological processes of males vs. female one learn to accept and appreciate the similarities.” The accompanying graphic refers to boys as "you" and girls as "she," even though everyone received it, and describes women as emotional and passive and men as seeking sex while women withhold it.

As student Agatha Tan pointed out, this book used in her school's sex ed workshop, which was sponsored by the Christian nonprofit Focus on the Family, encouraged damaging stereotypes about women being fragile, dependent, and needy.