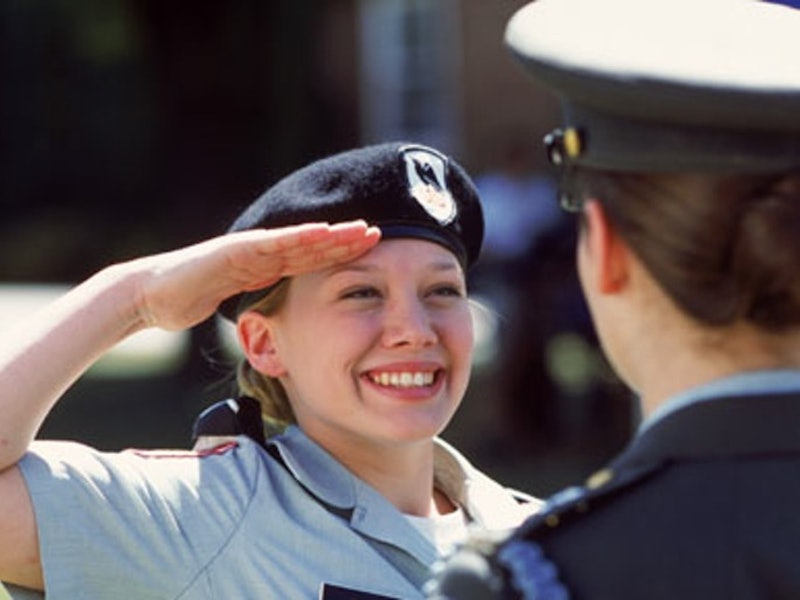 Zenon, Kelly, Marnie — every Disney fan has a favorite Disney Channel original movie character. Unlike normal TV movies, Disney TV movies have always had a way of becoming part of one's psyche. I don't know if it is because they star familiar actors or because of their addictive comfort factor – but whatever the reason, they are not easily forgotten, and neither are their characters.

Time travelers, witches, and motocross champions headlined the best Disney TV movies, and with uber cool characters like that, how could you not totally fall for one of them? Because Zenon, Cadet Kelly, and the rest of the characters were so relatable no matter how fantastic their hobbies were, it's no surprise your favorite says so much about you. The very best Disney TV movies aired when you were growing up — although, I have to admit The Descendants was awesome — so it only makes sense that your favorite character spoke to you on a deep and meaningful level. When you are a preteen or teenager, finding kindred spirits in fictional characters is a special experience — and just because you're adulting with the best of them now doesn't mean your fave Disney TV movie character no longer has something to say about how awesome you are.

Your interests have always been offbeat. When you were younger, that made you feel alone sometimes, but as soon as you discovered the internet you found your people. Like Marnie, you live for Halloween, and you don't understand why you should have to celebrate all things spooky just once a year. You have very strong opinions about the American Horror Story franchise.

There is no trend you haven't discovered and moved on from before everyone else caught on. Savvy in all things pop culture, you are the first person people turn to when they want a music, fashion, movie, or TV recommendation. On top of that, you have a bubbly personality that brings people together wherever you go.

Cookie Lyon from Empire is your life hero. You are super talented and have no trouble speaking your mind, but sometimes your unbridled honesty can result in hurt feelings. That is never your intent though; your heart is just as big as your personality.

You are way tougher than you look. People underestimate you all the time, and you take great pleasure in showing them just how resourceful and resilient you are. At some point in life you were either a Girl Scout or you begged your parents to let you be one.

You had to grow up fast, but your life experiences have given you a compassionate spirit. You always fight for the underdog, and use your creative talents to show the world why it is important to be kind above all else.

When people tell you what to do, your natural instinct is to do the opposite. You are constantly arguing with people over how arbitrary gender roles are, and your life philosophy has always been do what you love.

Lexy Gold, Get A Clue

Endlessly ambitious, your drive is both an asset and occasionally a hindrance when you become so focused on your goals you forget about the human factor. However, with a mind as sharp as yours, you are pretty much guaranteed to conquer the world.

Just because you haven't thought about your old Disney Channel movie faves in awhile doesn't mean they have left you. Admit it, these characters still totally get you, right?