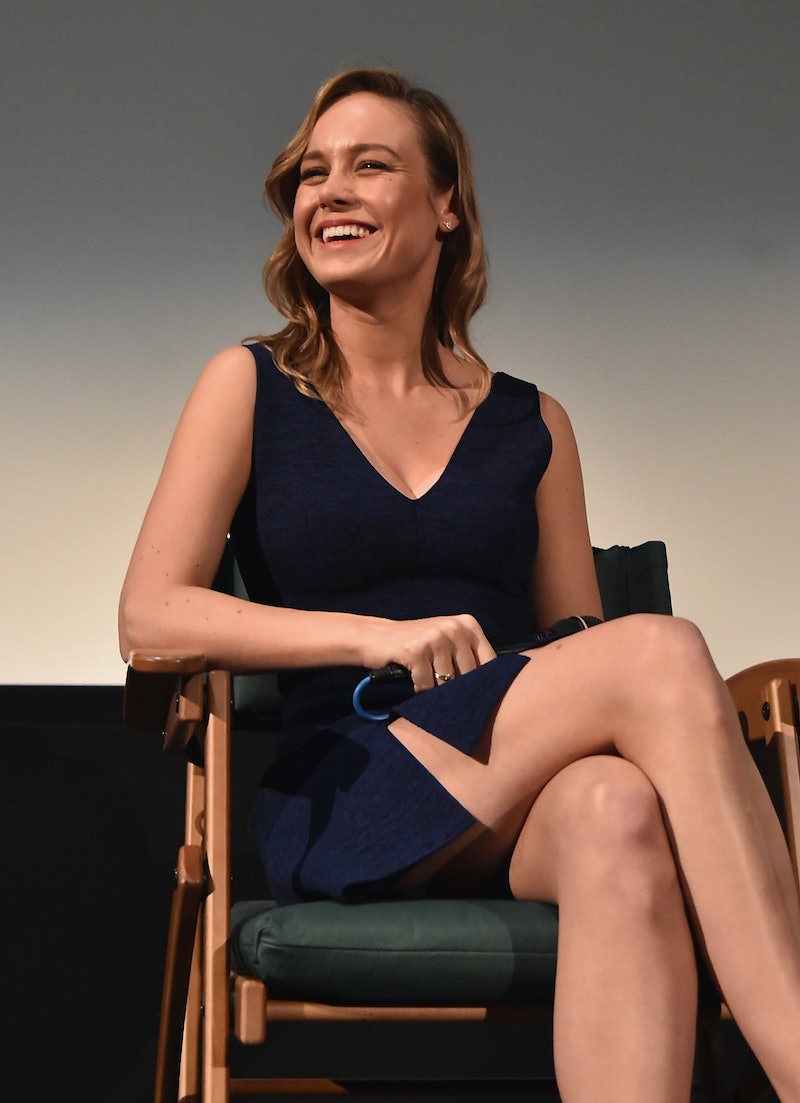 With the Golden Globes only a few hours away, stars are prepping for the big night. Just look at Amy Schumer, who's already posted hilarious pre-Globes photos. Her Trainwreck co-star Brie Larson is also giving fans a behind-the-scenes look. (No wonder they played sisters in that movie, huh? Clearly they share similar brains.) Larson is nominated for Best Actress in a Motion Picture Drama for her powerful role in Room. In total, the movie is up for three awards, including Best Screenplay. If her Instagram is any indication, the 26-year-old is handling the anticipation like a champ. Her key to success? Chocolate. Yup, you read that correctly. Larson shared a photo with a chocolate Golden Globe statue and it looks like a dream-come-true.

She captioned the Instagram, "Chillin with a chocolate Golden Globe. LET'S PARTY." Even if she doesn't take home an actual trophy, she's still a winner for getting to spend time with such a beautiful chunk of chocolate. If I was an actor, I'd rather have an award made out of candy than gold. You'd get to actually eat and enjoy it, versus letting it get dusty on a shelf. But anyway, in all seriousness, it looks like Larson's Golden Globes day is off to a great start and hopefully it's just the beginning of a very sweet night.

That's not the only intel that Larson gave about how she's preparing for the award show. Earlier in the week, she shared a throwback of herself dressed up in a slightly ridiculous (yet awesome) cat costume. The caption is even better than the picture itself. She wrote,

#tbt to when all I listened to was the Cats the Musical soundtrack while writing my first feature screenplay. Yes, I am wearing this to the golden globes - thanks for asking!

Sadly, I'm going to guess that she's just kidding. But it's a fun thought nevertheless. It really would make quite a statement to show up to a major award show dressed like a cat, wouldn't it? She'd probably land on every Best Dressed list of the night.

Although those posts are a bit silly, clearly she put a lot of heart into her role as Ma. When the Golden Globes nominees were first announced, she posted a photo from the set with a lengthy caption. Here's an excerpt:

Hearing the @goldenglobes nominations this morning reminded me of all the hard work and dedication we put into this project. As people we must keep trying, evolving and participating in this life without knowing what the future holds. Sometimes it pays off in a very surreal way. I am so filled with love for the many people who helped make this film the beautiful thing that it is.

If that sincerity doesn't convert you into a Larson fan, I'm shocked. But I'll be even more surprised if she doesn't take home a Golden Globe for Room. You know, an actual trophy — not the one made of chocolate. Honestly, she deserves both!