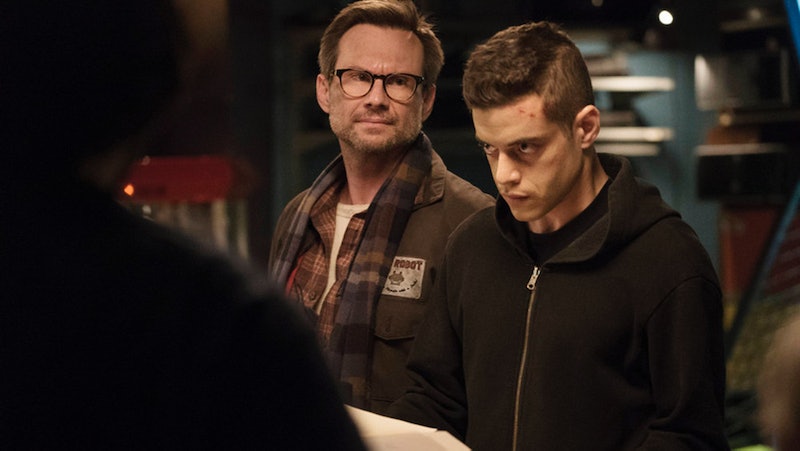 There is no denying that the Golden Globes are a long affair. Between the countdown to the red carpet, the actual red carpet, and the show itself you're looking at about a seven hour ordeal. After all that content, it can be hard to boil the night down to a few bite-sized water cooler tidbits, but it can be done. In fact, if there is one takeaway from the TV section of the Golden Globes on Sunday night it's that new networks are beating out longtime award-show favorites.

I'm not saying standbys like Game of Thrones and Veep aren't great, they are. But network and cable giants like HBO, FOX, and ABC were beaten out by new-to-the-awards-show-circuit network shows like Crazy Ex-Girlfriend (The CW), Mr. Robot (USA), and Mozart In The Jungle (Amazon). Sunday night's Best Actress In A Television Comedy Series victory for Crazy Ex-Girlfriend's Rachel Bloom was The CW's second Golden Globe award ever. And, their first only came just last year with Gina Rodriguez's Jane The Virgin victory. It seems that as TV moves online and awards shows look at channels outside the typical favorites, the winners list is going to continue to diversify. In 2015 Amazon and The CW picked up big wins (Transparent, Jane the Virgin), and this year USA has been added to that list with two big victories on Sunday. HBO only had one 2016 win compared to USA and Amazon's combined four.

I don't think this means that cable and network standbys are going to completely fade away. But, I do think this is setting a precedent for future awards shows. It seems no matter where a show comes from, be it cable, network, or streaming, and no matter what channel it's on, if a series is good the Golden Globes, at least, will pay attention. And, that's pretty cool. Sure, it's sad to see favorites like Game of Thrones get snubbed, but it's kind of exciting to really not know who will win the category until the name is called. There's nothing better than a good show getting its due, and this year the Golden Globes made sure it did just that — no matter how new the show was or where it came from.