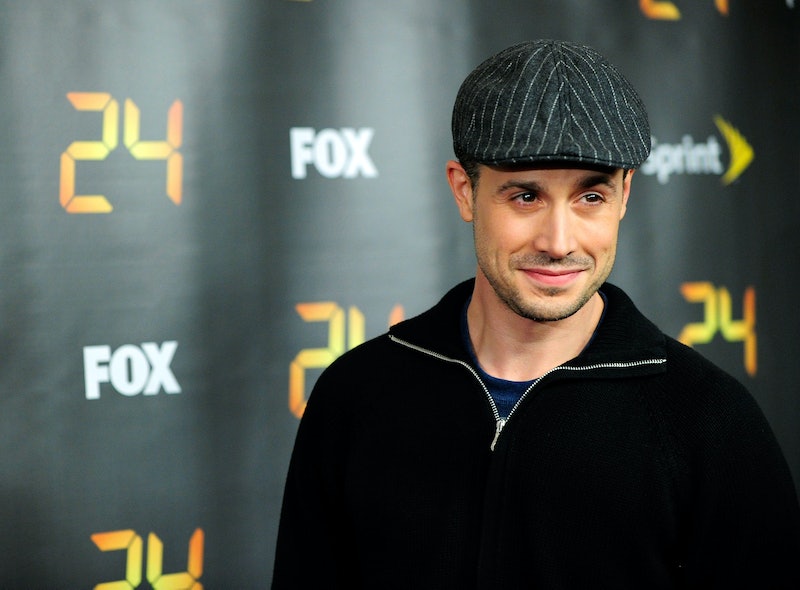 Back in the '90s, Freddie Prinze Jr. charmed his way into our hearts as the teen heartthrob star of movies like She's All That, I Know What You Did Last Summer (and the sequel), and the Scooby Doo movies. He married fellow star Sarah Michelle Gellar of Buffy the Vampire Slayer fame to make a dream '90s couple. But after that, he kinda faded from the spotlight — so what is Freddie Prinze Jr. up to today? Well, the former heartthrob is now a 39-year-old actor, director, voice actor, cookbook author, and proud papa to two children with Gellar, to whom he has been married to for 13 years. He's come a long way since his dramatic hacky-sack Zack scene in She's All That .

Of all of the titles above, cookbook author might sound the strangest, but it has basis. According to E! News, Prinze landed his first major film role in the movie To Gillian On Her 37th Birthday while he was enrolled in culinary school, so really, his love of cooking for his family shouldn't be a surprise. "I have been cooking longer than I've been acting—in fact, if I hadn't made it as an actor, I'd probably be a chef today," he told E! News. His cookbook (co-written with food journalist Rachel Wharton & with a forward written by Gellar) is due out in 2016.

Here's what else Prinze has been up to all these years.

He's A Director & Producer For The WWE

In addition to making delicious dishes, Prinze has also sat in the director and producer's chairs for World Wrestling Entertainment. Prinze is a long-time WWE fan and worked with the brand in various capacities from 2008 until 2012.

He Had Spine Surgery

In 2014, Prinze posted photos of himself after having spine surgery and having to re-learn how to walk. Thankfully, he seems to have healed nicely since the medical procedure.

In 2010, Prinze played Cole Ortiz on 24 and played Danny Beck for two episodes on Fox's Bones. He has also made guest appearances on Witches of East End, Robot Chicken, and Pysch.

Since 2014, Prinze has been lending his voice to the Disney Channel series Star Wars Rebels as Kanan Jarrus, a human Jedi survivor of Order 66.

He's clearly come a long way since the days of She's All That and Scooby Doo.