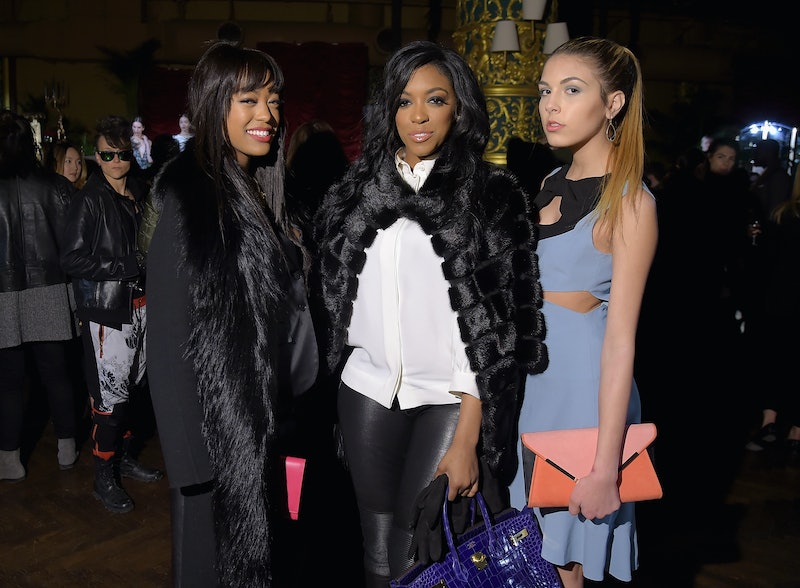 The line between work life and personal life must be hard when you work with your family, the way Porsha Williams on Real Housewives of Atlanta does. And Porsha fought with her sister Lauren over that exact line as the two argued over how Lauren's pregnancy will affect their working relationship since Porsha needs someone to manage her businesses who she trusts half as much as she trusts her hyper-responsible sis. While it seemed at first like they might wind up dissolving their relationship, with Lauren asking if Porsha was planning to fire her. But by the end of their argument, it seemed like the two sisters were tentatively getting along again.

But even though I'm glad these two sisters are working it out, the way that Porsha has been treating her younger sister would be absolutely terrible even if the two weren't related. First of all, she's been very disrespectful of her sister's pregnancy, expecting her to act the exact same way as when she wasn't pregnant. And she also referred to her sister's unborn child as "that thing in your stomach," which was a pretty brutal way to talk about a pregnancy that someone is excitedly expecting. But even so, Lauren posted on Instagram that no matter how much she fights with Porsha, they'll always be close.

Porsha shared the same type of message on Twitter finished with a "#sisterlove." I guess when these sisters fight hard, they also love hard.

However, that doesn't explain the craziest thing that was brought up in that argument — so when Porsha travels for work, she flies first class while making her sister fly coach?! Even if you're an A-List celebrity, that's insane. Hopefully when Lauren goes on her well-earned and well-compensated maternity leave soon (according to her Instagram, she's at 36 weeks), Porsha learns that she can't expect gold-star assisting if she's going to use and abuse her help.