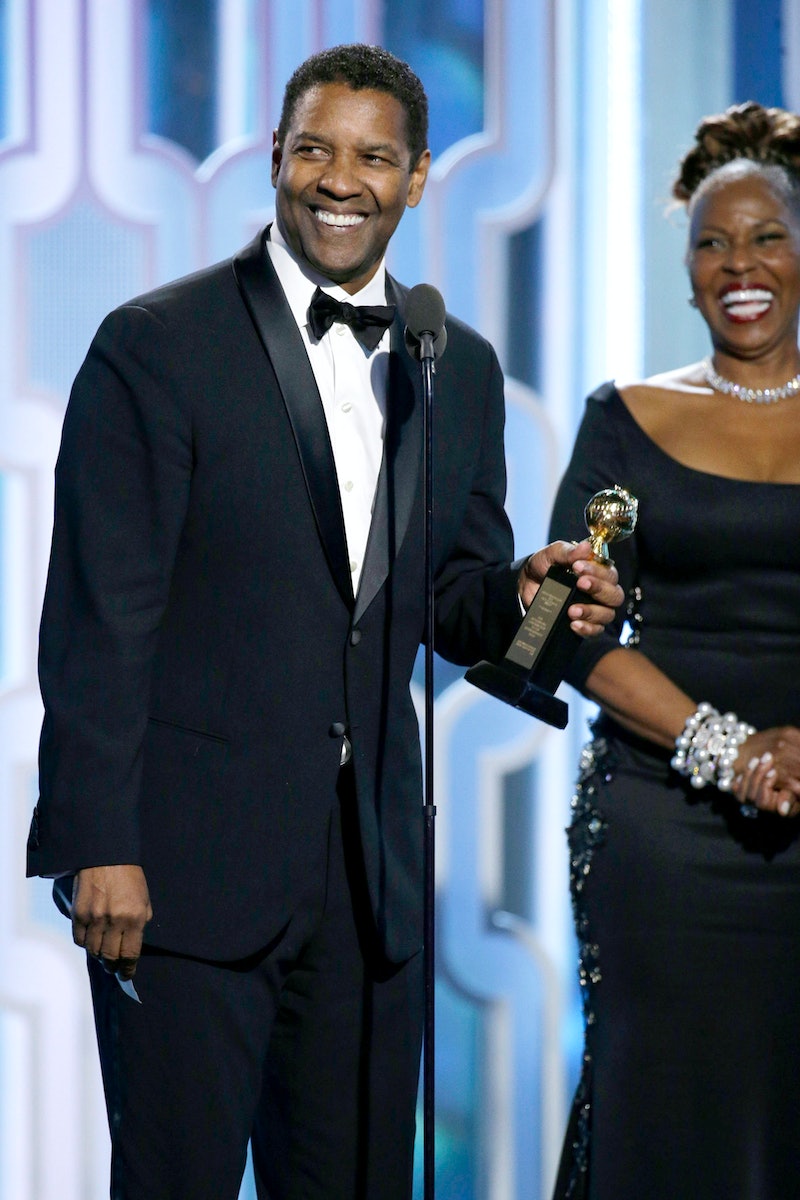 There have been many noteworthy award show speeches to happen throughout the years, but I highly doubt any could top the one that took place during Denzel Washington's Cecil B. DeMille Award speech at 2016 Golden Globes. Because while the actor tried his very best, it was Washington's wife, Pauletta, that completely stole the show (and the speech) right out from under him. But, of course, it was in the most adorable way possible. While Washington struggled to remember who he should be thanking, Pauletta (who was onstage with him along with his children) was seen whispering information to him on what to say and it was pretty much the cutest thing ever. Seriously, what would it take for me to become a part of this awesome family?

"You really do forget everything you're supposed to do [up here]," Washington remarked onstage after receiving a well deserved standing ovation from the audience for his many years in the entertainment industry. "I'm speechless." He even went on to joke about how he needed his glasses in order to read the rest of his speech. That's where Pauletta came in and promptly (and no doubt unintentionally) stole the spotlight from her husband.

The speech in and of itself was great (though what else would you expect from a guy like Washington?), but everyone's eyes were on his family — namely his wife and highly attractive son. (Call me?) I guess it just goes to show that regardless of how famous you get or how many accolades you're being honored with, your family still possesses the power to steal your thunder. And in this case, it just made me love Washington all the more. Like, if someone wanted to create a sitcom centered around this family, I would be all for it. Just saying!

So congratulations to Washington, not just for the Cecil B. DeMille award, but for having such a great family that we now all officially love.