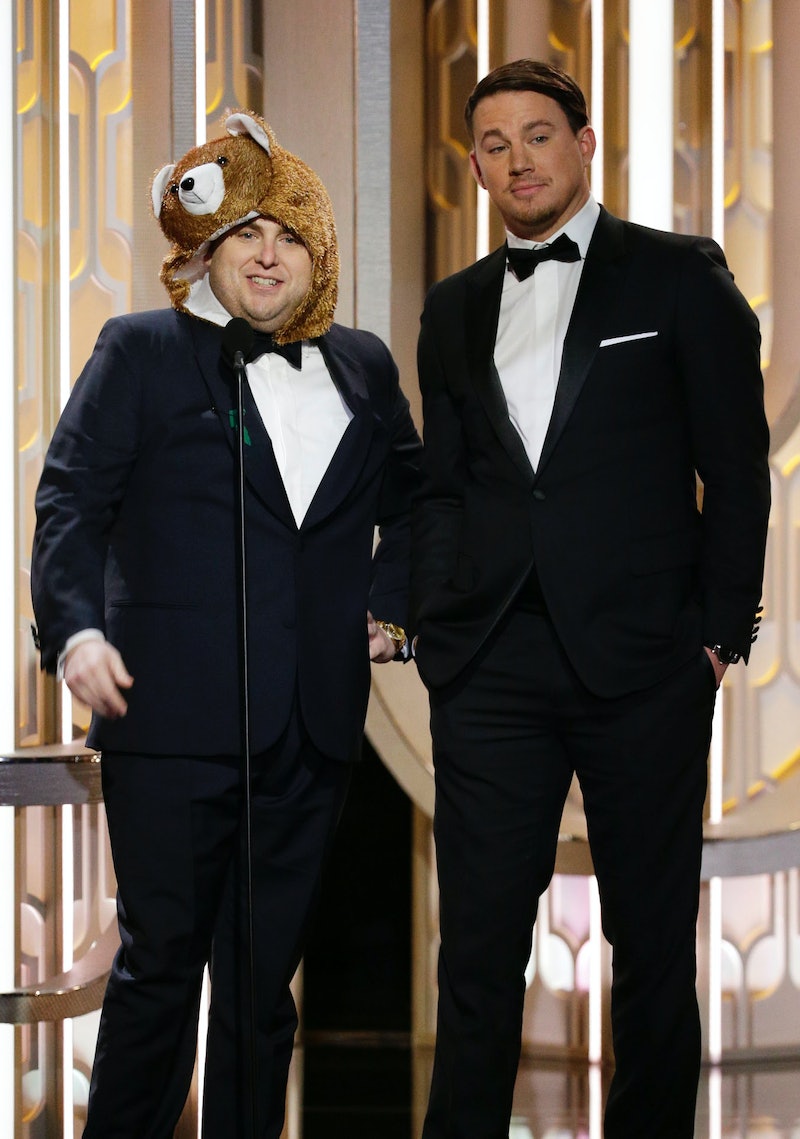 There's no denying that award shows can be a glamorous affair. Between the flawless fashion and A-list attendees, it's pretty much a breeding ground of beautiful people. But given the fact that this all takes place live on camera, the evening is bound to be filled with a variety of awkward moments, and the 2016 Golden Globes was certainly no exception to that rule. Whether it's someone tripping on their way up to the stage or the host delivering a punchline that falls flat, there will always be multiple instances throughout the night that will make viewers cringe even from the comfort of their couches. But just like with a car accident (or episode of American Horror Story), we're unable to look away. And thanks to the power of social media, we're able to re-live these awkward moments over and over again.

So in honor of that fact, I have rounded up some of the most uncomfortable moments at the Golden Globes ceremony this year. (And let's face it, with Ricky Gervais as the host, we knew the embarrassment level was bound to be high.) So just in case you feel the urge to re-live all the awkwardness of the evening while shaking your head in despair, here are the top moments guaranteed to leave you cringing for days on end.

Sexist, transphobic, you name it, Gervais was it. ("I've changed. Not as much as Bruce Jenner, of course.") He even made mention of how worthless winning a Golden Globe actually is right before going into a in-depth explanation about what he does (or where he's put) his own Golden Globes. And trust me when I say, Twitter was not a fan.

I usually love seeing Hill and Channing Tatum team up together (21 Jump Street forever!), but this weird bear cameo definitely left viewers and everyone in the audience cringing. Also, it didn't help that Hill cursed throughout a majority of the skit, making it difficult to know what exactly was happening.

3. When Matt Damon Got Put In An Awkward Position

"He's the only person Ben Affleck hasn't been unfaithful to." Ummm....

4. When The Teleprompter Went Blank & Jaimie Alexander Was Not Amused

Ah, classic technical difficulties. It wouldn't be a true awards show without it.

Right after announcing that Straight Outta Compton (who was snubbed at this year's Globes) won for Best Original Score, Foxx immediately apologized for his very intentional error and said that Ennio Morricone for The Hateful Eight was actually the real winner. This was an amusing mockery of Harvey's infamous slip-up when he accidentally announced the wrong Miss Universe, but it also kinda stole focus from Morricone's big win.

6. When Both Aziz Ansar & Jeffrey Tambor Were Snubbed For Best Actor In A TV Comedy

Gael Garcia Bernal seems like a nice guy and everything, but that didn't take away from the shock everyone felt on Ansar and Tambor's behalf. Plus, now what the heck is Aziz Ansar going to do with that book of his?