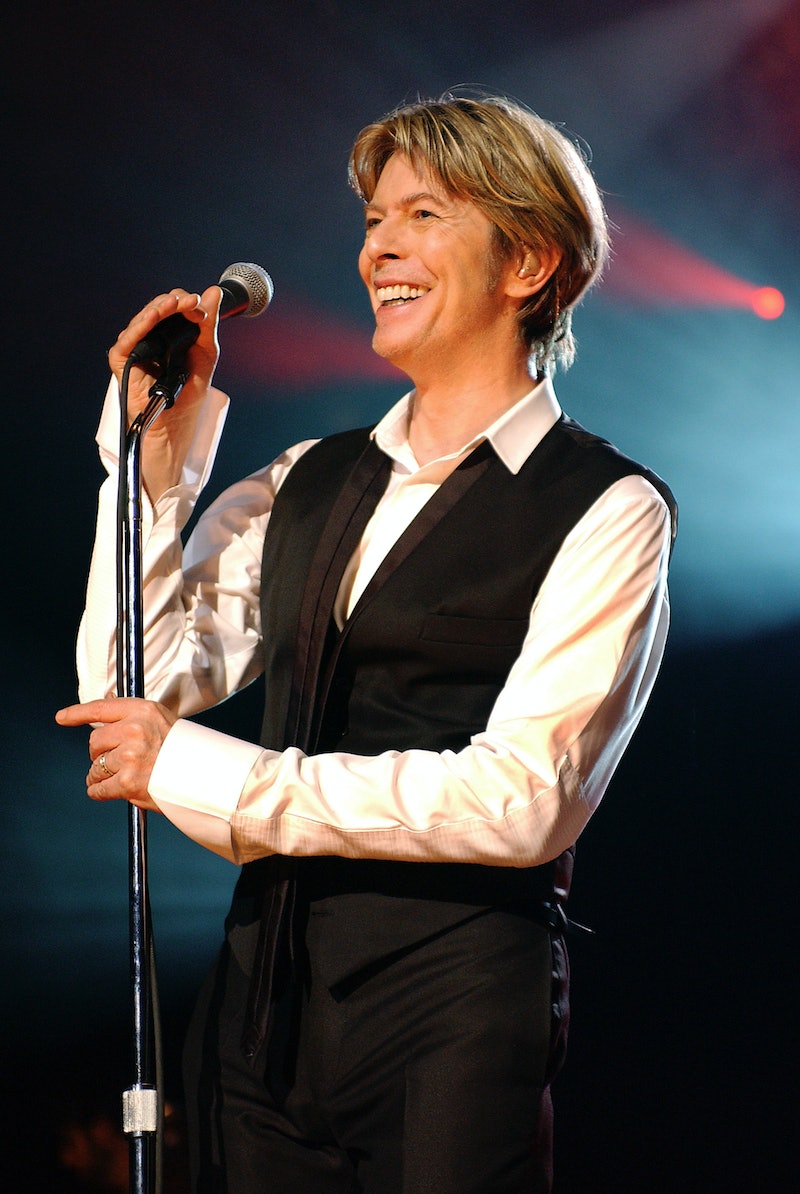 It's a sad day for music lovers across the globe: Legendary rock musician David Bowie has passed away after a 18-month battle with cancer at the age of 69. The news was confirmed by Bowie's publicist on his official Facebook page with the following statement: "David Bowie died peacefully today surrounded by his family after a courageous 18 month battle with cancer. While many of you will share in this loss, we ask that you respect the family’s privacy during their time of grief." Bowie was one of the most influential musicians in history, and this is a devastating loss — the music world will truly never be the same without Bowie. From his empathic lyrics to even his Ziggy Stardust persona, Bowie was truly a legend. A musician like him had a lot of iconic performances over the course of his career, of course; his career spanned over 50 years, after all. However, Bowie's most defining performance of his career isn't that difficult to pinpoint: It is, without a doubt, his 1972 appearance on Top of the Pops, in which he performed his track "Starman."

Why this performance and not, perhaps, one where he sang one of his more well-known songs like "Space Oddity," "Heroes," or "Changes"? A few reasons: Not only does this performance displays Bowie's Ziggy Stardust persona more perfectly than any other — the persona that, though short-lived in the early '70s, indicates how easily and effortlessly Bowie was able to adapt, change, and evolve his career — but it's also Bowie at his best. Upbeat, cheerful, and confident, Bowie sings the lyrics to "Starman" flawlessly: "There's a starman waiting in the sky/ He's told us not to blow it/ 'Cause he knows it's all worthwhile."

No other performance displays what made Bowie a legend more perfectly than this one does, and for that reason, it deserves all the revisits possible on this day.