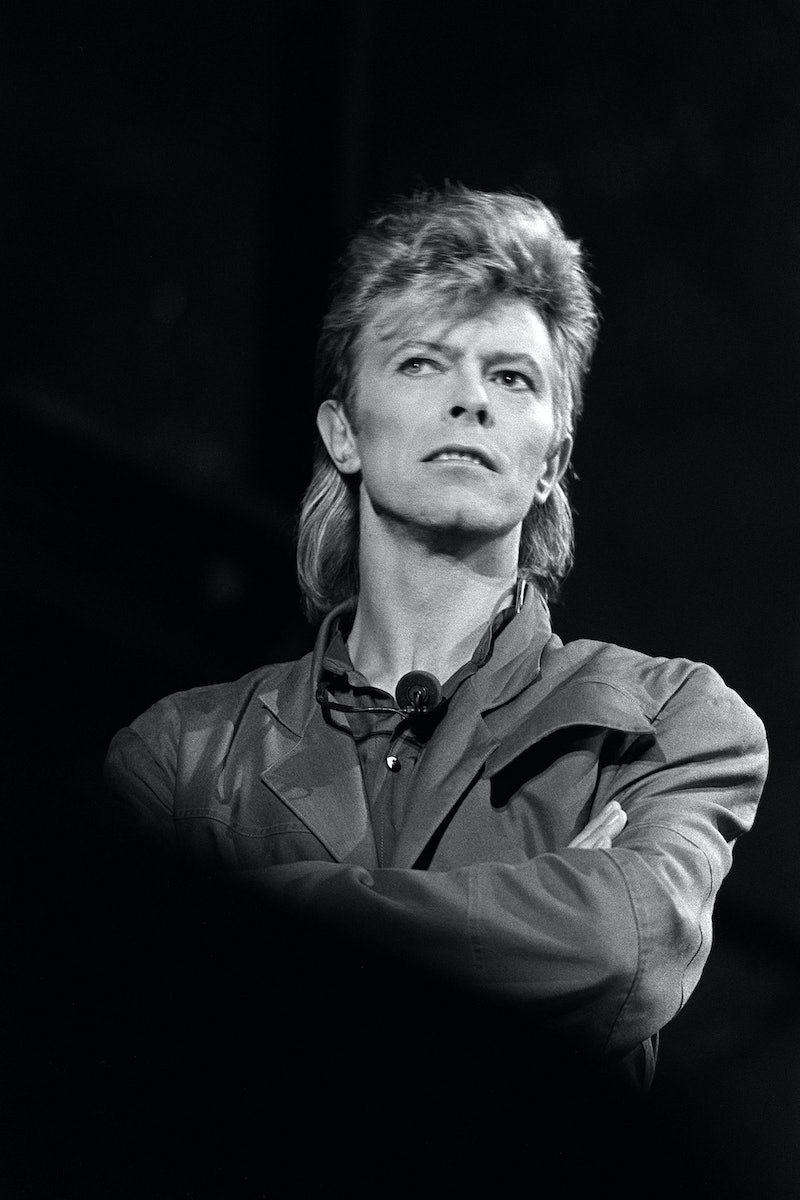 As the world reels from the devastating loss of David Bowie, fans everywhere are mourning the iconic rock star, who passed away on Sunday, Jan. 10 at the age of 69 following an 18-month battle with cancer. Unsurprisingly, Bowie's death has moved millions, from fellow celebrities to fans profoundly affected by the legendary musician's work and varied, decades-spanning career. For fans looking for ways to honor Bowie, below is a list of suggestions for how best to show your love for the late pop icon. And since everyone deals with loss and grieves in their own way, please remember that this is just a suggested list — and you should pay tribute to Bowie in the best way that you see fit.

When announcing his client's death, Bowie's rep was well aware that the loss was going to send shockwaves into the world as fans grappled with the unimaginable.

"David Bowie died peacefully today surrounded by his family after a courageous 18-month battle with cancer," his rep announced in a statement on Sunday night. "While many of you will share in this loss, we ask that you respect the family’s privacy during their time of grief."

As the media and general public (hopefully) follow suit, there are many ways to mourn the singer publicly (and privately). Here are just some suggestions.

1. Buy His Music (At Least One Store Is Donating Its Proceeds To Cancer Research)

Bowie released his penultimate album, Blackstar, on his 69th birthday — just two days before his untimely death. Independent record store Rough Trade announced that all of the proceeds from Bowie's record sales during the month of January will be donated to Cancer Research UK.

2. Donate To One Of His Beloved Charities

Bowie repeatedly lent his talent to concerts to raise money for charities fighting HIV and AIDS. In addition to performing at the 1985 Live Aid show, in 2006, Bowie performed alongside Alicia Keys at an NYC benefit concert for Keys' charity, Keep A Child Alive, which helps to fight HIV/AIDS in Africa. You can donate to Keep A Child Alive here.

Fans everywhere are flocking to iconic David Bowie landmarks throughout the world, including this iconic mural of the singer in his hometown of Brixton, England (see photo above). Fans are also lighting candles on Bowie's star on the Hollywood Walk of Fame in Los Angles:

Fans all across the Internet have posted artworks paying tribute to the life and work of David Bowie. Take a look at some of the most powerful images of Bowie fan art over at BuzzFeed.

Since "David Bowie" began trending on Twitter on Sunday night, there have been more than 2 million tweets about the iconic musician. There is something healing about expressing a loss in your own words and joining a discussion and community of people who are all deeply feeling the loss as well.

R.I.P. David Bowie. May your legend live on.